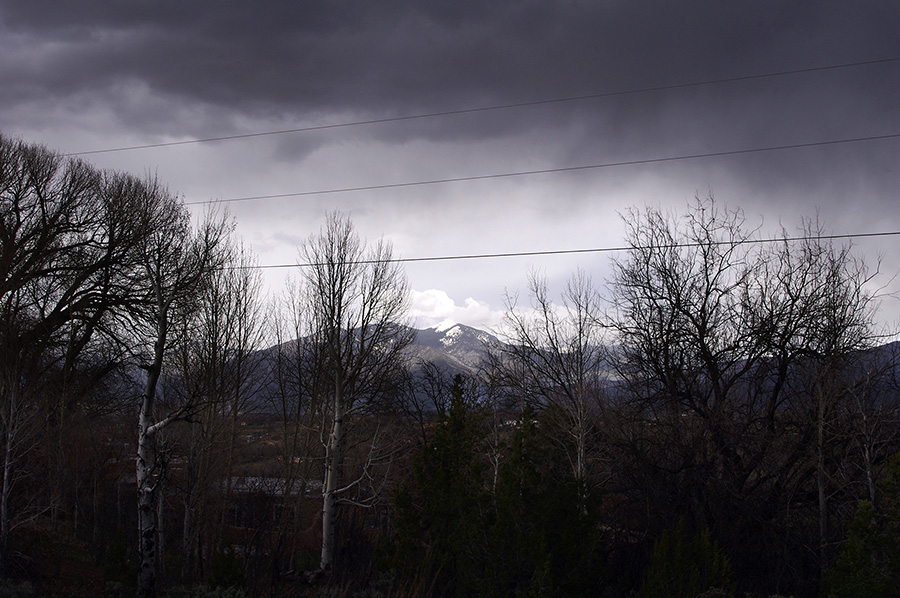 Taos Mountain late this afternoon before I cooked the steak

The new book is almost ready. It’s a chronological collection of blog posts that tell the story of my mother’s chaotic last years under the influence of dementia, Alzheimer’s, paranoia, schizophrenia, delusions, and hallucinations. Real-time dispatches from the front, as it were, between 2008 and 2012. This should be a hoot and a half. The [...]

My Latest at Medium 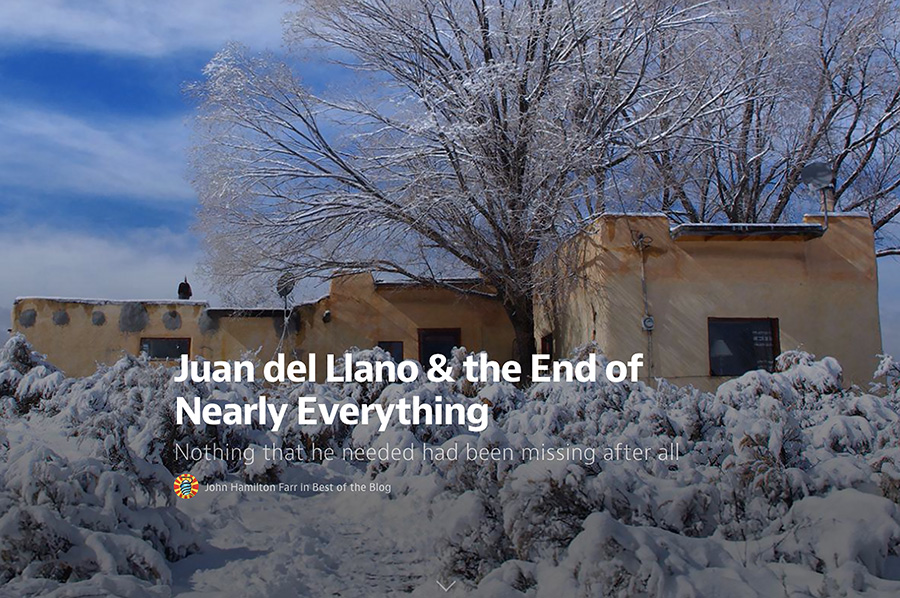 Just letting you know that I’ve republished another JHFARR.COM post at Medium. You can always access everything I post there via “Medium” in the navigation menu, of course, but I wanted to show you what a cover photo there looks like. Nifty, eh? If you compare the piece to how it looks here, you’ll see [...]

Rediscovered footage here! This is a short panoramic sweep of the horizon from an overlook on Kitt Peak, Arizona on April 11, 2012. I scattered some of my mother’s ashes there a few days after she died. R.I.P., Helen V. Farr. It’s the same spot where my siblings and I tossed handfuls of our father’s [...]

Juan del Llano & the Braising of the Snakes

Things were going well enough for Juan del Llano. The passing of his mother, maddened and dangerous in her final years, had smoothed him out and changed his face a little. He used the modest cash from his inheritance to pay off credit cards and spent freely on his needs until the fear of running [...]

His wife took one look at it and said, “You’re a screwball!” The appellation from darkest Iowa in the ’50s was a primal zinger, and he felt it. Why couldn’t she have landed on “visionary,” he pouted?—albeit in a manly way. It was one of the most manly things he’d ever done, in fact, renting [...]