Season of the Rufous 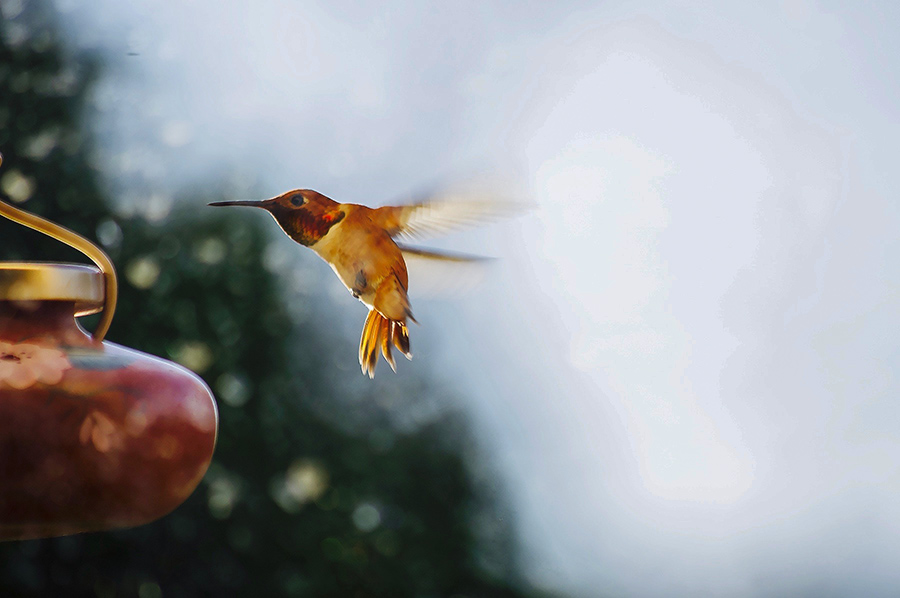 They’re here! We have so many of them now. Rufous hummingbirds are very aggressive, chasing each other and every other kind away from the feeders and even out of the yard. I put up five feeders. With the crowds we get, some of them are empty by the end of the day.

The frigging hummingbirds were going to freeze to death and I would have to watch. I hate it when that happens. For whatever reason, migrating hummingbirds were passing through the mountains awfully late, and the feeders I’d left up were getting traffic almost day throughout October. Now the things were all but empty and the [...] 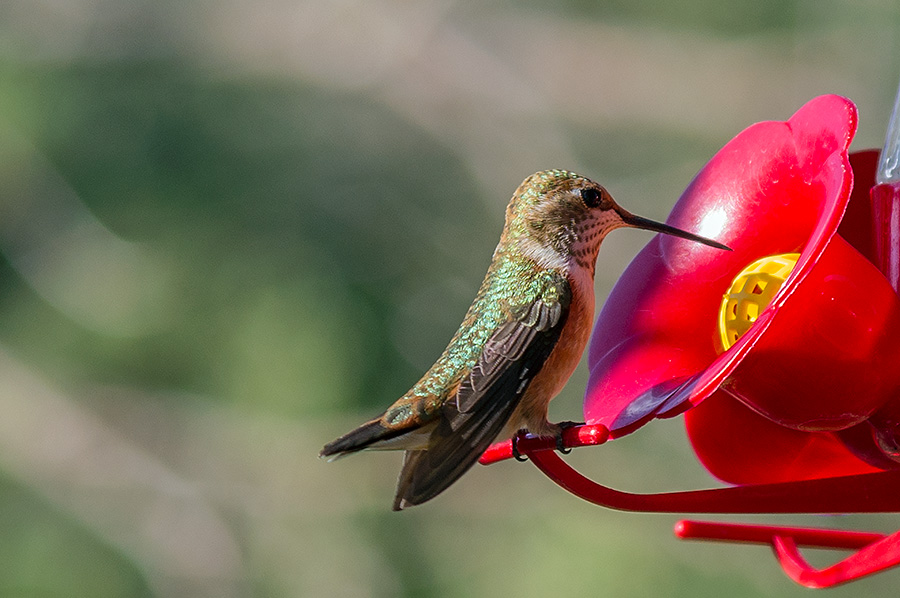 This here is an immature female rufous hummingbird. (At least I think so.) I love close-ups that show the detail of the feathers; they’re always more spectacular than I could imagine. Who in the world designs these things? Oh, right. While we’re on the topic, here’s an old FarrFeed video from 2009 you need to [...]

Learn to live on sugar water & you’ll have it made »Buy This Photo!«

All we have so far this year are black-chinned hummingbirds, but ain’t they nice? Next will come the broadtails and then the rufouses. There may even be a few Costa’s hummingbirds. For that matter, a few minutes before I took this shot, a male Bullock’s oriole was climbing all over the feeder, sending it spinning [...] 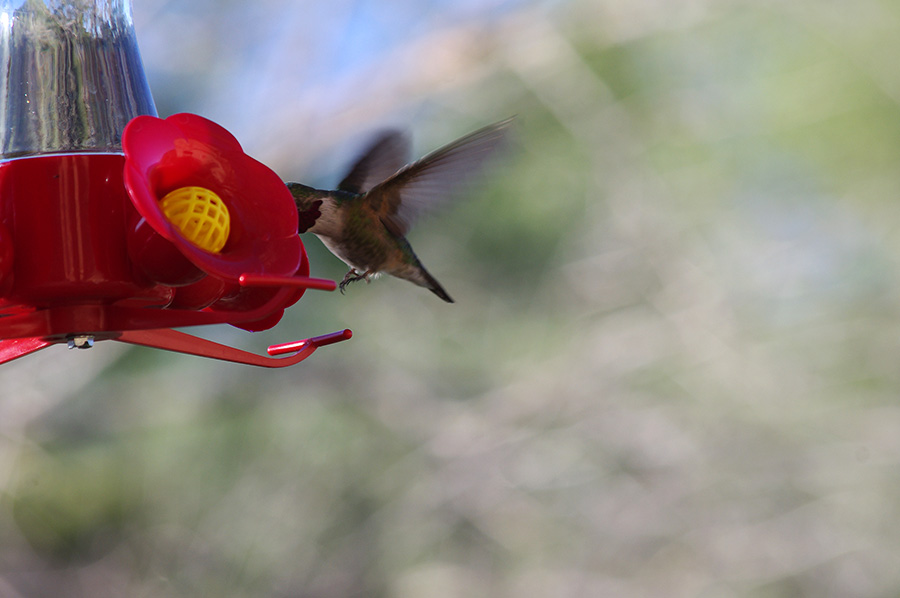 Will post a caption once I think of one

It’s just amazing how things work. For instance, if you never learned to tie your shoes properly, they’ll be loose and floppy and you’ll fall down a lot. That won’t be any fun, but eventually you’ll land face down on someone’s foot and see that knot right in front of your face. Next thing you [...]