Something prompted me to make this video last week. The soundtrack is an instrumental version of a song I wrote a while back played on my resophonic bouzouki, making me a lucky man right there and fixing the length of the clip. All I have is the one verse but you can feel where the words go. The scene is a hiking trail at Ghost Ranch near Abiquiu, New Mexico. This might be November, 2005, after Kathy had been living in Dubuque a while to help take care of Fielda* and had just come home for good. I flew up to Iowa and drove us back to Taos in her father’s old Dodge after the moving van left. That was one of the best trips of my life. Back together with no interruptions, at last. We were so happy. 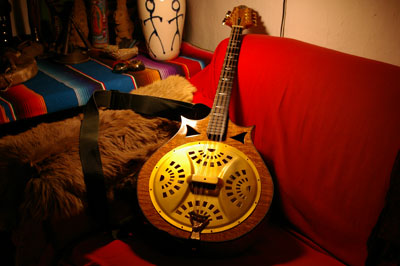 Immediately after we rolled into Taos, we took off for Ghost Ranch and ZoukFest, a Celtic music festival organized by friends of mine in Taos. I’d designed the website and took my pay in free accommodations for the week. As I told someone the other day, I have so many photos of Kathy like this one because she always walked faster than I did and still does. She also liked to hold her arms out like that on hilltops, her way of merging with the universe, I figured. Like a dancer.

One of her old friends from Cornell College in Mount Vernon, Iowa sent me a card with a long handwritten note inside. The sentiments and card were beautiful. I read the words and fell apart again—one of these days that won’t happen all the time, but we ain’t there yet—the gist of it was that she’d been thinking a lot about Kathy lately though they hadn’t communicated in over 50 years, went online for clues, and found the obituary! I’ve had several letters from people like that. Without exception the writers emphasize what an extraordinary person Kathy was, how talented, loving, and vivacious, and how shocked they are to learn that she has died. My initial reaction is usually to stagger around the house howling and wailing and blowing my nose. Everyone knew what I had.

As I’ve said many times, from the first moment I was alone with Kathy, all I ever wanted was to just be in her presence. That first time she had me over for dinner at her place, I sat in the kitchen at that L.L. Bean folding camp table she used because her first husband got away with all the furniture when they divorced. (She ended up with nothing but her grand piano—the fastest way out.) Have you ever seen one of those? Yellow it was, made of Masonite with metal trim, wobbly and cramped with little benches on two sides like a picnic table. Heavy, too, and pinched your fingers when you set it up. Anyway, there I was in that kitchen while she cooked, nowhere to sit but at the little yellow table, and that was it. I was done. Not that I realized at the time, but life as I’d known it was over… In many ways I’d be a rough ride for her, but from that moment on it was Kathy and John forever. She was light-years ahead of me.

There’s a clean direct arc from that night to the moment she died. Alone together and private at both ends. I see it now. It happened. We did it. And now there’s just me, all alone and stupid. She used to say, “How old are you, John?” and then let me have it—I was such a piece of work. Her cocktail hour toast was always, “To us!” I’d say, “You and me, babe,” and now she’s gone. The plan’s all used up. I should be dead except there are no boundaries now.

Over the last month I’ve found more evidence of just how ill she was, how lost and broken she’d become. Signs from going through her private notes (the things she tried to write were worst), memories I’d pushed away that floated back to haunt me. The thing is though, it wasn’t her. The way she came apart at the end had nothing to do with all our years together. I carried both these truths at once. My private mandate was to cause no stress. Impossible, but I surrendered. Months of covid isolation had already reinforced a life of us against the world and made it easier. We drifted into an ever more intimate state of magical reality, loving and affectionate as always. I felt the walls dissolving. As long as I had no will there was no panic, even when she had her stroke. That was her Plan A, of course. The blood clot they discovered was Plan B.

I know everything about this. Let’s be clear on that. What you do is love and manage until the Mystery explodes. Otherwise you put your faith in advertising, live in fear, and pay to give away your dreams. She was never going to do that. The way this came about was pure desire in a doe’s heart by a mountain stream a thousand years ago. The sun is coming up. I hear the water. She does too and bends to drink. Get real.

Over and over I watch the video. I love the strange seared colors of November in New Mexico, the sound of my bouzouki. I wait because I know what’s coming. As soon as I see her on the hill, my spirit leaps. My chest swells. Oh babe I am so lucky and so proud. I love you so damn much. I know exactly where this fades to white. It cuts me every time, so many feelings all at once. Push and pull, the love and wanting. A giant flash and then she’s off!

My sweet Kathy had to go. I was the perfect one to hurt. 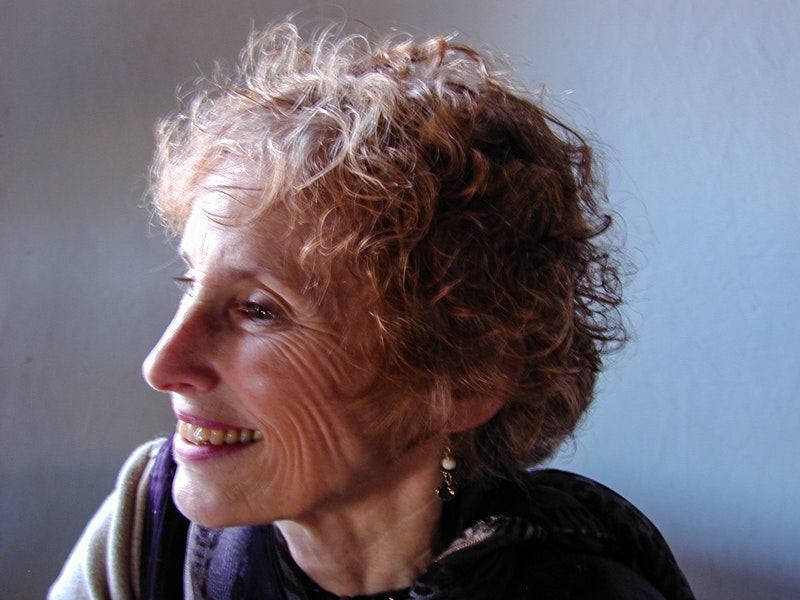 * My mother-in-law. I never heard her raise her voice in anger. Her maiden name was Loving. Fielda Loving. I mean, come on.