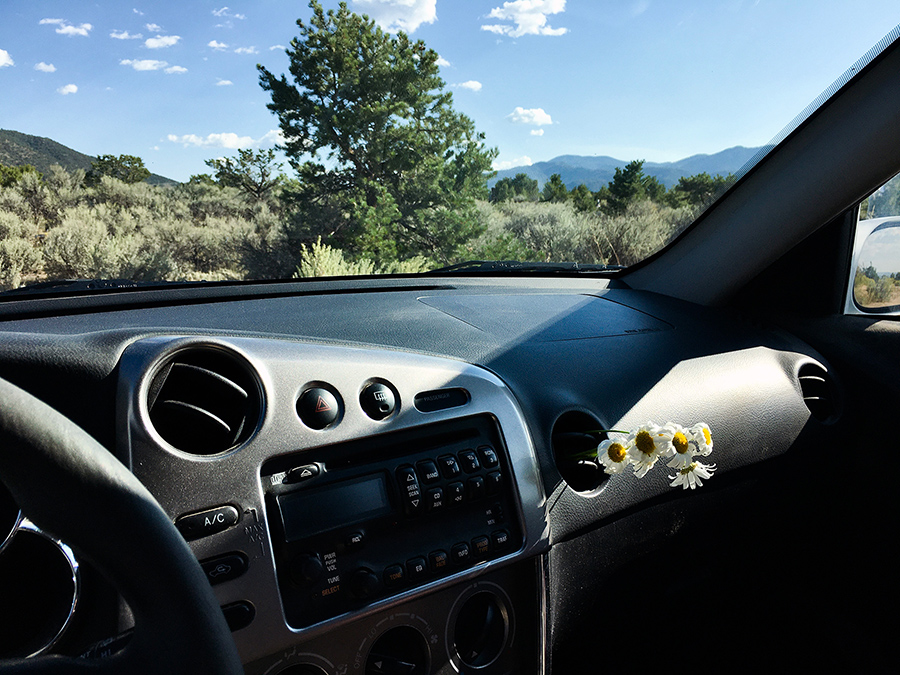 Picnic of the Dead

I probably never cried so much as all of August, my own birthday month. As if the world had gone and left me which it had. I couldn’t write. I did lose weight. The mountains and the sky were beautiful when I walked. I didn’t go out anywhere except a couple times to buy more groceries. I lived online and studied NFTs, drank apple cider vinegar in water, let the sleeping and the the rising have their way with me. Every now and then I felt all right. All was still, no obvious emergency. Like I was standing by the blackboard and the room was quiet and the chalk was in my hand.

Well before I found myself alone, what passed for Taos social life had atrophied as thoughts turned mostly inward. Getting ready, I suppose. The pandemic locked the door, but neither of us was lonely. After Kathy died and the immediate turmoil dissipated, the truth of where and what I was sank in. I’d simply never been like this. For most of my adult life, I also must have never known what “isolated” really meant. The tasks I faced seemed insurmountable (and still do). There was no one to share my deepest feelings with, and did I even want to? All there was to talk about was “it.” Hard enough with my own siblings, and the in-laws had their shields up like I raised when Teresa died.1 I felt like I was dissolving into nothing. I tried to narrate a video clip and couldn’t even talk. It sounded like I was drunk.

By Labor Day weekend I was scary. Grim and bitter at the world. Angry at my fate, pissed I hadn’t sold the NFTs, furious at anti-vaxxers, jealous of any happy people young enough to feel immortal. A writhing ball of pain-snakes. Over the hill without a roadmap. Deeply, truly lost. I felt so bad I worried I would die, as if the angels on the other side might just give up and reel me in. Long-married surviving spouses often check out early. The very kind person who told me that suggested I get a dog to keep me company because our hearts get used to sensing other heartbeats nearby. “A little one,” he said, “because they’re easier to care for.” Even my poor crazy mother had a damn chihuahua and a couple cats, and she lived longer than anyone expected. On a human level this made sense to me. I could see having a dog again but preferred a German shepherd, and I wasn’t ready anyway.

Then out of the blue, I remembered picnics. Oh. Most Memorial Days and Labor Days, that’s exactly what we used to do. Over a stretch of years in Maryland, we often motored up the Chester River in the old crabbing skiff a friend had given me2 and cooked hot dogs on a sandy beach. Here in Taos we’d find a picnic table in the canyon by the Rio Grande or go way up in the mountains to Agua Piedra if it wasn’t going to be too cold. The latter plan appealed to me as I lay awake in bed early Sunday afternoon. Too depressed to sleep, I’d stayed up late the night before but there was lots of time. I was so damn mad, I’d do the thing for Kathy if not for myself.

At least the route was gorgeous, I knew that. From here to the pass on U.S. Hill meant climbing almost 2,000 feet through forested steep canyons, then dropping down into another one to climb some more. There was a river, the Rio Pueblo,3 the size of what Montana people call a creek, but it was cold and clear and maybe that would help me. There wasn’t really a “picnic area,” more like an open mountain meadow with a couple widely-separated tables—if unoccupied, all very private. The spot I had in mind was also the last place I remember eating out-of-doors with Kathy. She loved it there and I was still a wreck and there was danger in the air. Switchbacks, bears, and broken guardrails. Maybe this was it.

Still angry but determined, I packed a lunch and hit the road. Thank God I’m a car guy and like driving. The 2007 Pontiac Vibe has brand new tires I bought for my upcoming trip to Iowa to bury Kathy’s ashes. One of the best cars we ever owned, the re-bodied Toyota Matrix is a joy to drive with the 5-speed manual, even in the mountains. I can keep the revs up in the torque and power ranges so you’d never know there’s only the Corolla engine. I run full synthetic oil and average 35 miles per gallon. The fat steering wheel is easy to grip, the seat is firm and all-day comfortable, the transmission’s smooth, it handles better than anything this plebeian has any right to do. Driving with new tires is like jogging with new running gear. I especially like the dashboard [above], a critical selling point for me because you’re looking at it all the time. Here’s a picture from a few years back. Her car, actually. (I had to change the registration to my name.)
c 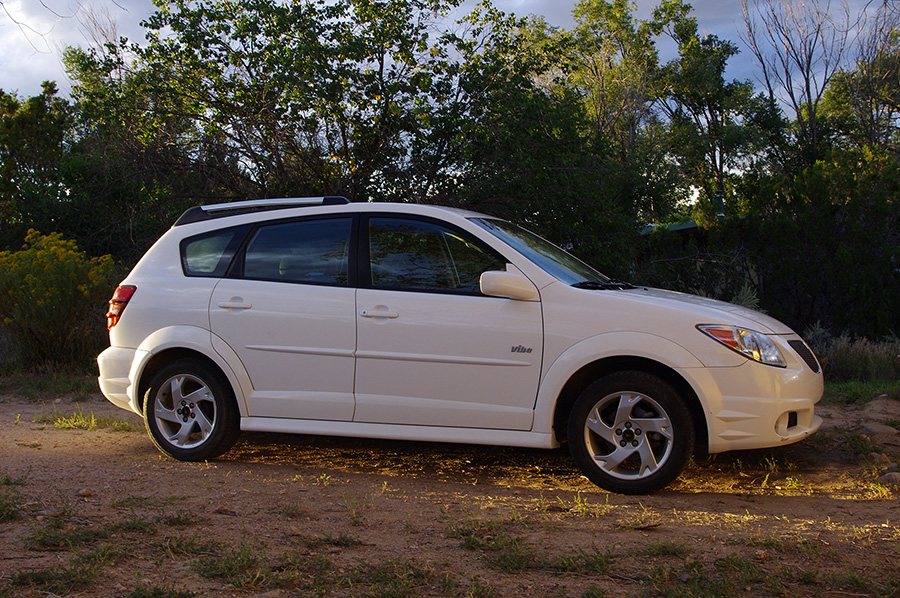 Unless you’ve been there, you’d be surprised how much deep grieving pulls you down. For the first time in weeks I felt a little life because the driving smoothed me out and I’d finally busted loose to do a thing I wanted. It felt like I was on a mission, too.

To my great relief, the road was almost empty. (New Mexico, duh.) The air felt ten degrees cooler at 8,000 feet and probably was. It’s always greener in the mountains and that soothed me. There was no one else at Agua Piedra (“water with rocks in it”), not a soul. The rio was loud, a few cars came by every five minutes or so, the wind blew like it always does up high. “Our table” was still there, all nice and clean without a speck of trash. I felt a little shaky as I spread the tablecloth we always used but I was starving. That focuses the mind. I sat down facing the water and gratefully ate everything I’d brought. All alone, remember, just like weeks and months already back in town. The solitude in such a place was even deeper and a little spooky. Just me, the water, grasses waving in the breeze, the tall, tall pines and spruces, but I felt the tension building as I polished off my Voodoo Ranger and decided it was time. 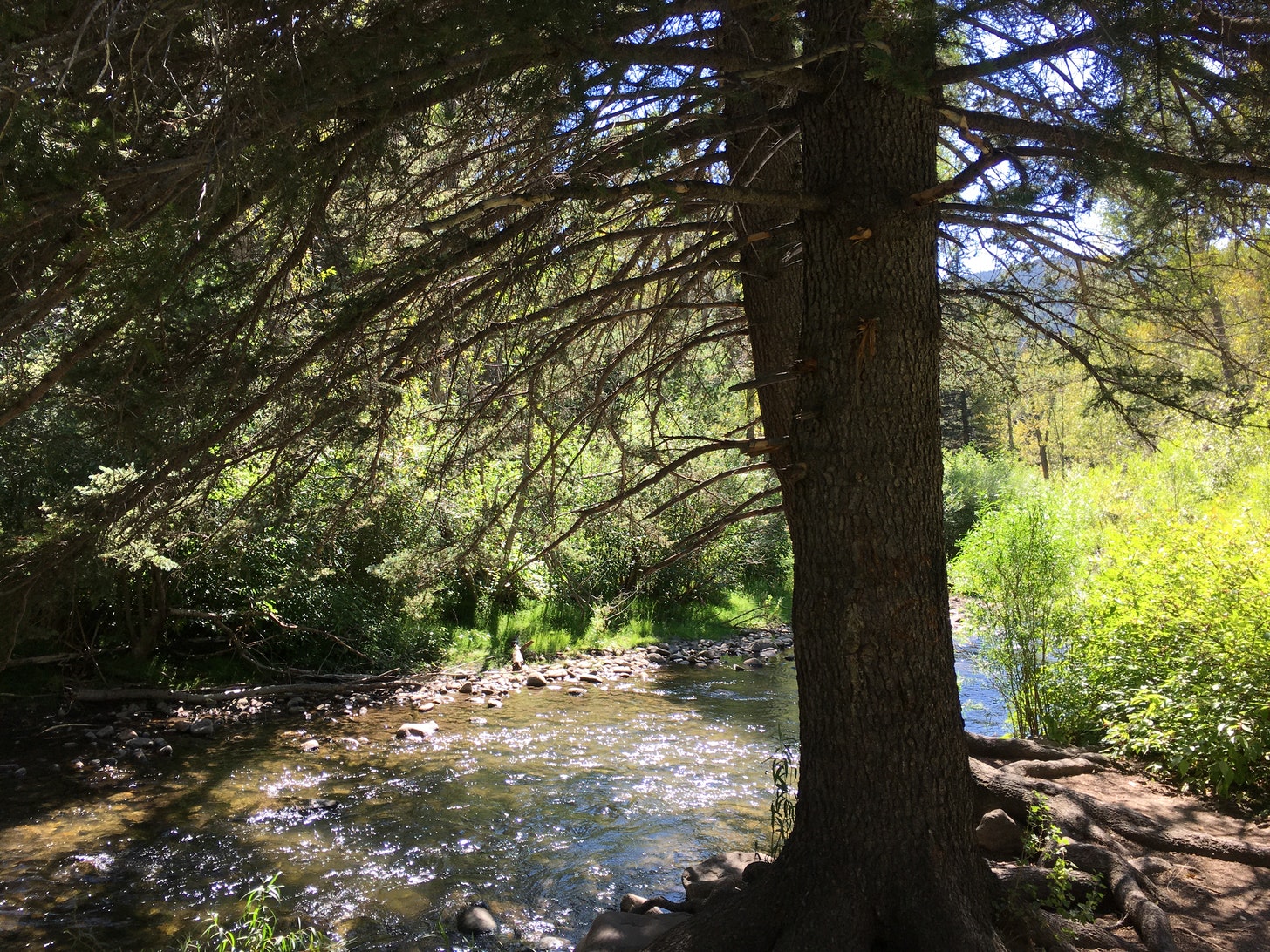 As soon as I stood up to zip the cooler, there it came, a staggering jolt of pain and grief. This was her place too, but where the hell was Katie Jane? I wailed and blew my nose. A path beside the stream led off into the trees. We’d been there, right. I walked it with the memory of her striding out in front of me and cried the whole damn way. It can’t can’t be true, I thought the way one does, and yet it was. The emptiness was cosmic. She’s dead you fool and isn’t here! Of course I knew she wouldn’t be. That’s not the point.

I packed things up and put them in the car and stood there listening. For a moment I thought there was something of her spirit in the daisies blowing in the wind and picked a few, but I could hardly bear the sadness. It wasn’t just her, either. What if every blossom, every blade of grass, was waving for a different soul? By then the air was roaring like a billion angels blasting off. You can hear it in the video below:

The thing is, see, it’s not just that she’s gone but that we shared a life for over 40 years. I won’t live long enough to ever have it be like that again. The end of her is like the end of me. The me that was, at least. What happens now?

I miss her so damn much. It hurts and makes me want to join her right away, but that is not the plan she gifted me, and I am not supposed to suffer any more any more than what it takes to understand. You know what else? Sometimes I worry that she’ll get impatient and won’t be there when I die. Go ahead and laugh. You probably need to. That’s the thing that gets me, though, I swear to God. It would be just like her and it’s happened plenty times before!

Whew. I made it back. 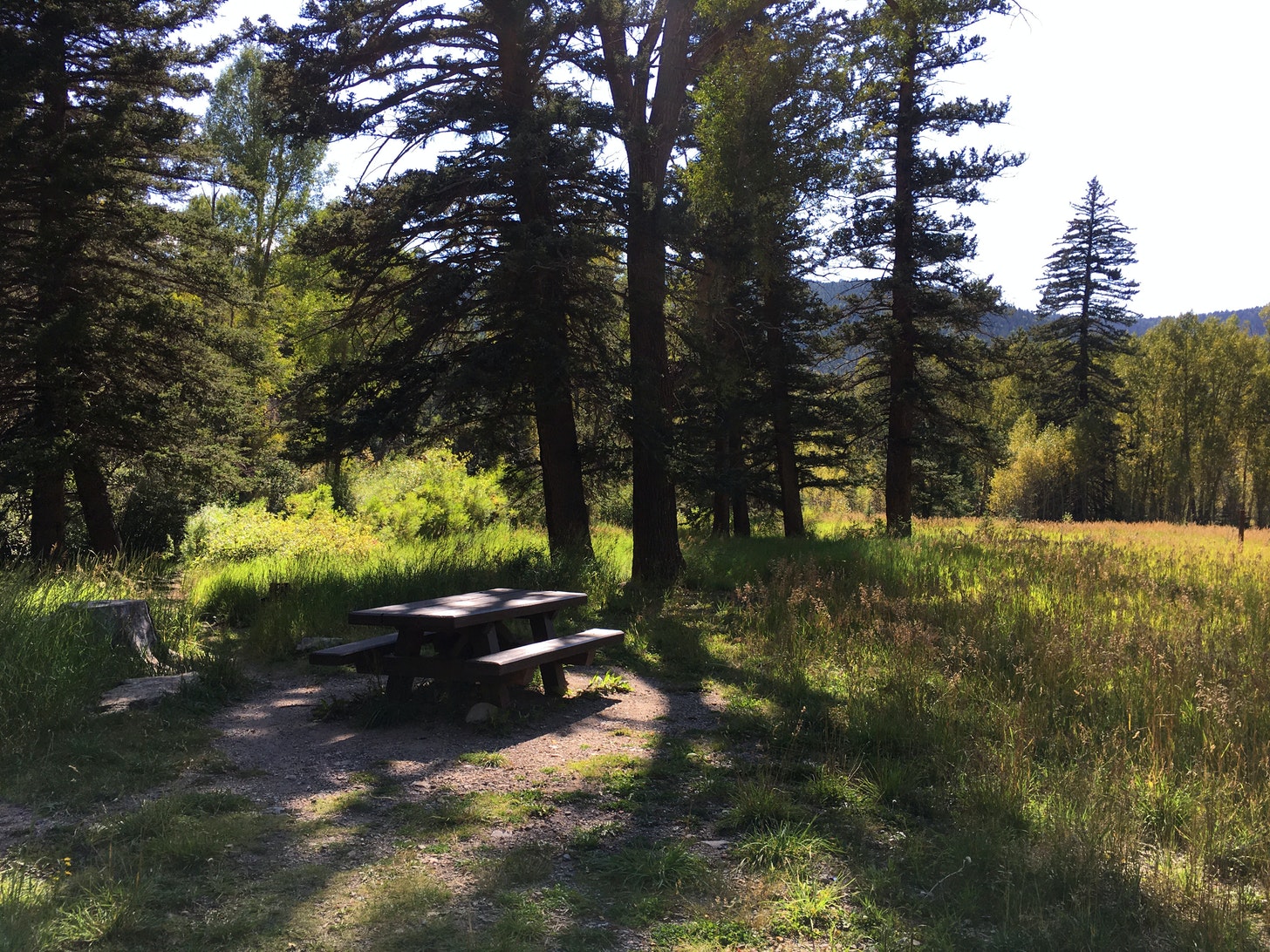