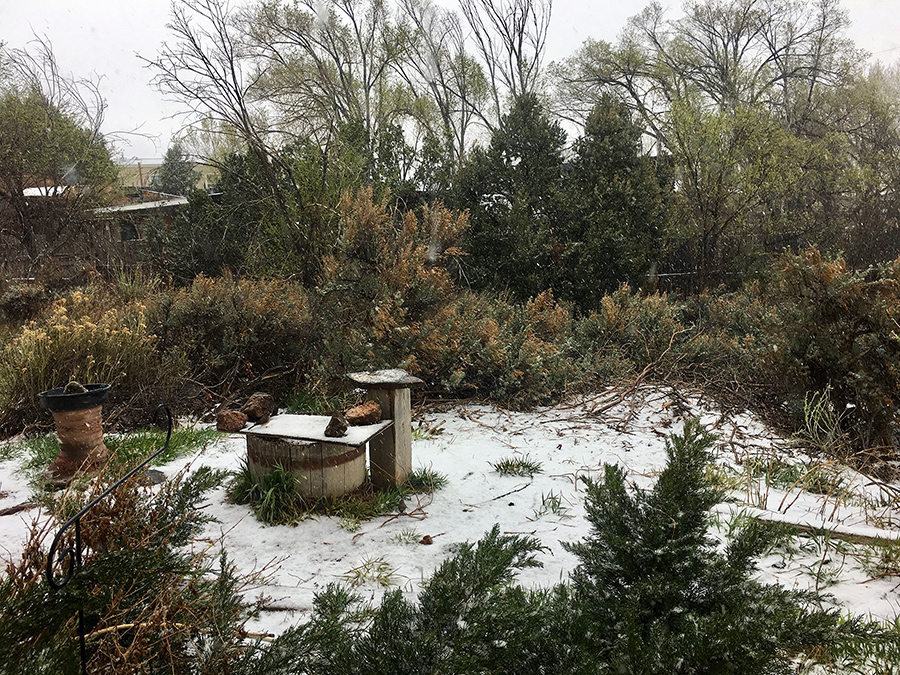 I used to tell my psycho-analyst before I fired her, “I can’t help it that I’m this old,” meaning that I’m on a different track than most of the known world, at least the parts I read about, and grading for success is stupid. It’s my path, after all, and everybody’s got one. The worst thing you can ever do is make comparisons. It’s such an ingrained habit for me that the effort not to do so, while wholly mental, is akin to hoisting duffel bags of rocks. With any luck at all I watch those thoughts and let them slide away to wake up for a second and experience I am simply That Which Sees.

We’re dying from the stress. If I were any good, I’d have had a traditional career or manifested like Picasso and be living on my island. There’s no way to catch up. I’m too old, it’s over, everything is fucked and costs too much. We’ll never leave this hovel. I’ll die friendless in the dirt. How can I create my art when all we do is struggle? Houses here are too expensive, but we can’t afford to move. America is doomed. I don’t want to leave el Norte, but Taos is absurd and nothing feels like home…

The negativity is automatic (and untrue). One reason I haven’t posted much for several years is that I’ve been climbing out from under. I don’t want to talk about it, really, but the key is my desire. Liberating “Johnny,” who had everything he needed on the day that he was born. It’s as if I haven’t yet begun to write—how weird! We’re getting there, however. Two months ago I busted out of character and bought a goddamned truck. Just one different thought, a piece of the new narrative, and things come jumping out like Jesus, Santa Claus, and rock and roll.

This is how it is for me but maybe not for you. Nobody knows, remember. No one has the goods.