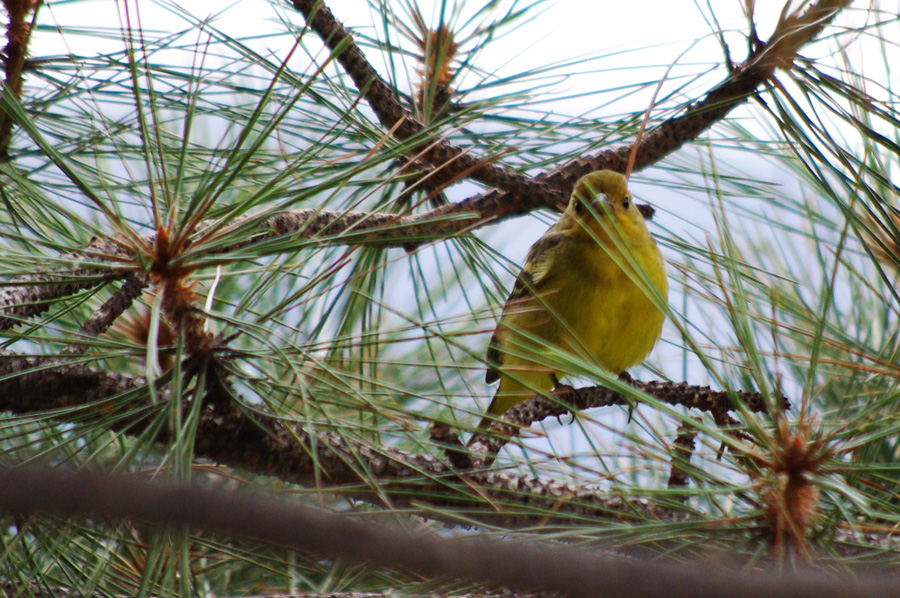 What are you looking at? Aren’t you late for a tattoo or something??

[Guest birdwatching report by special correspondent Juan del Llano] Okay, this guy (?) was in a ponderosa pine tree 10 feet from where they took the previous picture. I think it’s a yellow warbler, except it doesn’t have a streaked breast and I swear it’s bigger than a warbler. And have you ever noticed how [...]

Elk in the Grass 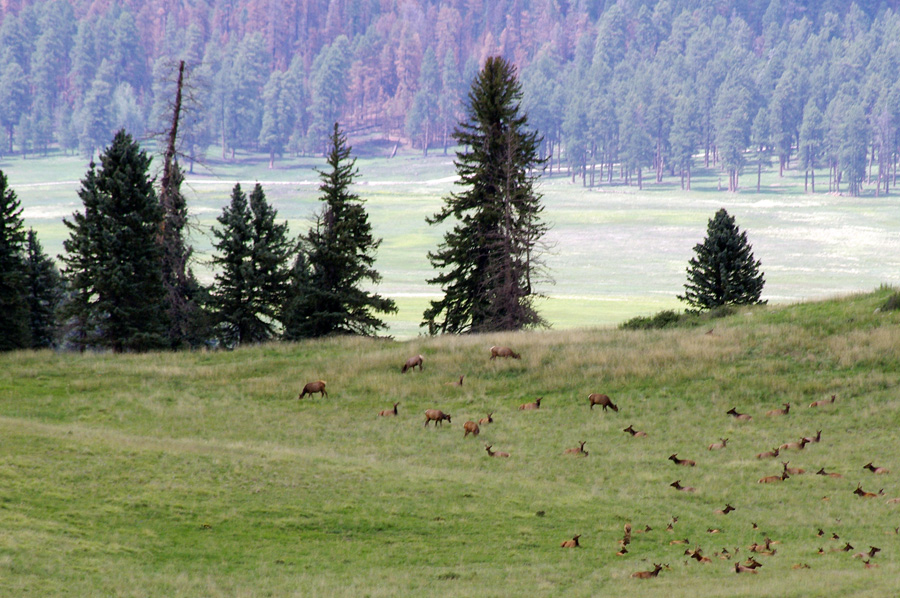 Always so cool to see these guys

This is the best I could do with a 300mm telephoto lens, but there they are, having a fine time in the Valle Grande of the Valles Caldera. There’s a single immature male in this photo. (A larger one was lost in the cropping.) You don’t have to drive to the Caldera to see elk [...]

A Sense of Space 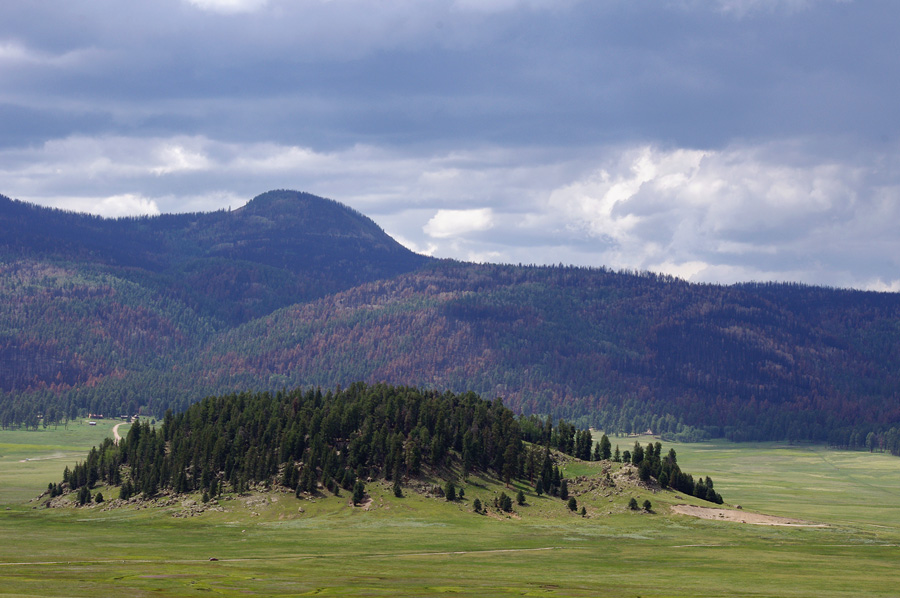 Another shot from the Valle Grande in the Valles Caldera between White Rock and Jemez Springs on New Mexico Route 4, a road I highly recommend if you don’t mind some truly scary switchbacks. (Don’t let Junior drive!) You have two assignments: 1) find the automobile, and 2) locate this forested lava dome in the [...]

A Wee Bit o’ the Caldera 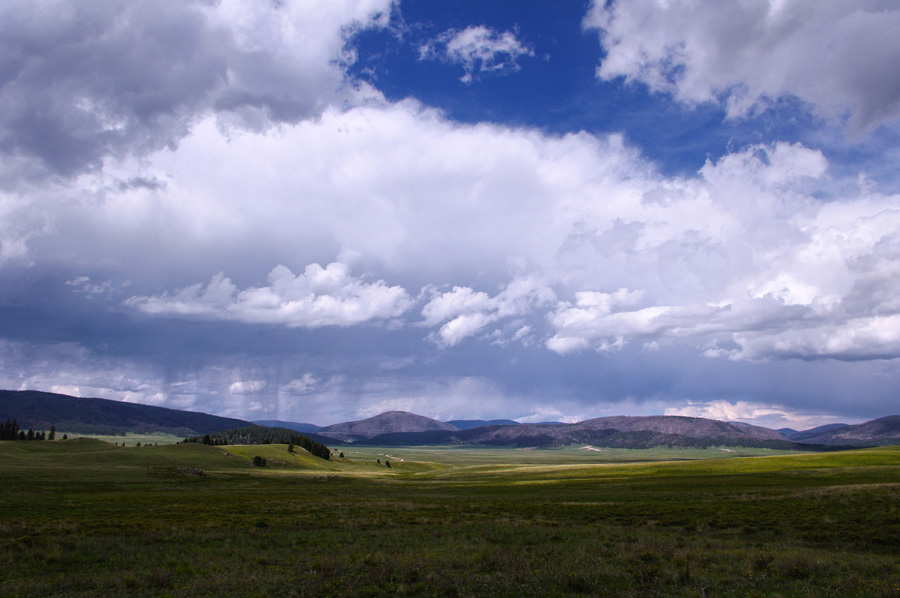 Welcome to the Valles Caldera, one of the most amazing places anywhere. Who knew an exploding volcano could leave such beauty behind after a million years? The sky and walking rain are most prominently featured in this shot. We’ll go in a little closer in the next one to give you a better sense of [...]

The Thing About New Mexico 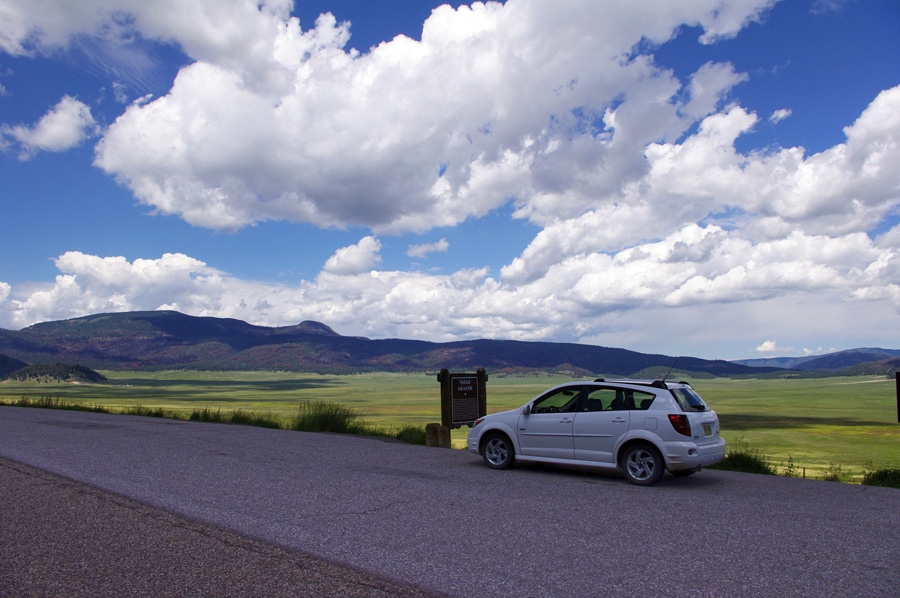 Via a series of 15 mph switchbacks, we’d just come over the rim of the Valles Caldera at 9,100 ft. A few more curves, and the road dropped into the Valle Grande. The broad flat valley is protected and shelters a considerable number of elk. I stopped at the first place I could. This was [...]