Gift of Life (Missing You Baby) 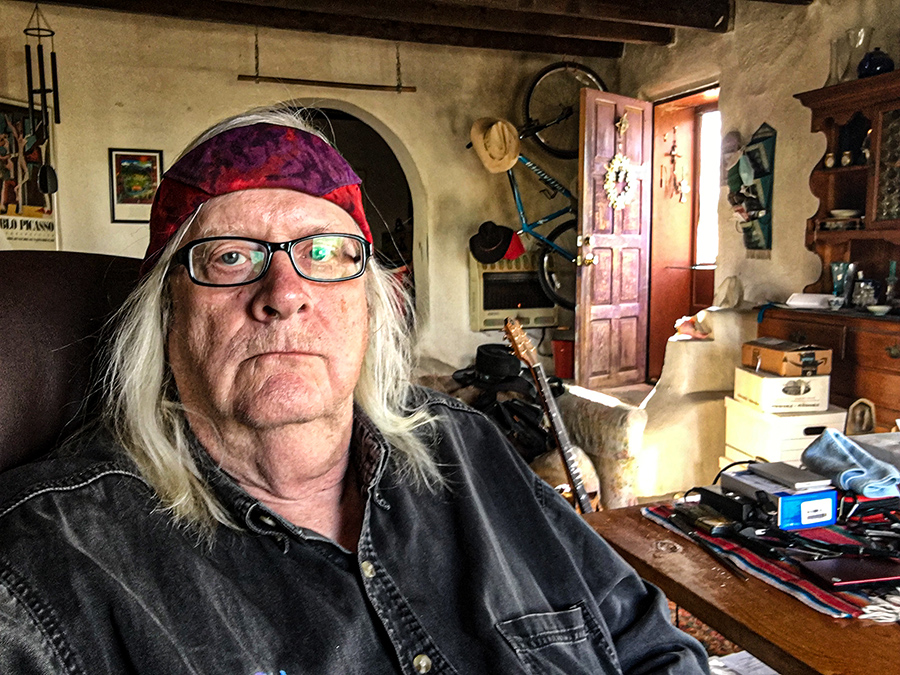 Kathy knew what she was doing, I’m convinced of that. Somewhere deep down inside herself, she did. There’s so much I haven’t told. Maybe I shouldn’t. But I want to write at least a little. It’s important.

She stopped driving a couple years ago, for one thing, and I was glad she did. Chalk it up to aging was how I looked at it, but then I would. Just like when she tapered off using her computer and didn’t check her email. Sometimes the latest New Yorker didn’t get opened. I was already doing the cooking. It didn’t bother me so much that she didn’t change her daily outfits all that often any more. Hell, I have my own “uniforms.” And then she stopped reading her books. Her short-term memory grew terrible at best. We’d watch a little MSNBC on my laptop, maybe a nature documentary on PBS, and have a cozy time together. What with all this and the virus raging, we were together 24 hours a day. She said she was happy, and our home was full of love.

You can talk about the writing on the wall. We didn’t. There were times I’d get scared and angry and try to correct her, which hadn’t been a good idea for over 40 years and surely wasn’t now. The pandemic was a blessing because we had to stay at home. What a great excuse not to see the doctor, either. She kept saying she wanted to “focus on the joy.” As long as I let myself be carried along and didn’t push her, our emotional intimacy only increased… I felt like I was moving into a magical world where nothing mattered but being together and watching for that smile. I tried to focus on my work, protecting us, and doing what I could to help.

We had some ugly days. Sometimes the screaming in my head would get too loud and some of it leaked out. After the last of those she wrote in her diary—I peeked for 30 seconds just the other day—that it was “really rough” but what she felt the worst about was “how hard it was on John.” My God. Oh Jesus. Cut me down and kill me. Holy shit.

You only think you know what’s coming down the pike. You might be wrong, though.

There was a time or two—no more—when Kathy had to take prescription drugs. She hated the very idea and hardly ever went to doctors anyway. (Her mother was the same. I doubt the woman ever had an aspirin until the nursing home where she died of Alzheimer’s.) I never put this down to being scared or stupid. She was fiercely proud and strong and trusted in her body. Whenever she did discover an ache she couldn’t explain, she’d push and poke and demand that it stop. The only thing she truly feared was ending up like Fielda. I know what you’re thinking and you may be right. It doesn’t matter now. We were independent beings joined together living our own life. This is true and possible and everybody’s birthright. Another reason why I love her so and why the emptiness has been so vast.

A few months back, I don’t remember when exactly, we were in the living room one Sunday afternoon. I was probably doom-scrolling on Twitter. She was sitting right across from me, not reading, just being still and quiet, lost in thought or having none. All of a sudden, it was like a gun went off but silently, a boom or flash inside her head:

“What just happened?” she almost shouted. She sat bolt upright and looked at me in great confusion and alarm.

“Where have I been? What’s going on?”

She was totally her old self. Loud as hell and speaking rapidly, full cognition instantly restored. She jumped up from her chair, ran quickly to the other room—to check the calendar?—and then came back. I hadn’t seen her move like that in months. Her psychic energy was blasting out. She was absolutely normal. It was staggering and incredible. I was stunned, astonished, sobbing.

As best I could, I told her she’d been having “memory problems” for quite some time. She wanted to know how long. I lied. She kept shaking her head, apologizing. I told her, “No, no, no, you’re back, my God! Oh honey, here you are again!”, all but falling out of my chair. She talked non-stop and battered me with questions. Were her brother and sister all right? Did they know? What else had she missed? What crazy things had she been doing? We didn’t hug or touch. I was in shock. She was incredulous.

What a moment. What a miracle!

I was also terrified it wouldn’t last. Like someone raised up from the dead and then they fall back down again. After maybe an hour, very gradually, that’s exactly what did happen. Oh no, no, no, no, no. Oh yes. It was like watching someone slowly drown. Ninety minutes later, we were right back where we started. Holding on to sanity was difficult, but if it happened once, it could happen again, I told myself. All I had to do was keep on loving and believe. Just you and me, babe. We got this, we can do it. Six weeks later the night exploded.

Give it time. We’ll work this out.

It’s very hard to talk this way. Many people have no idea and there isn’t any reason why they should. I needed to and I’m the one who’s left. I know she knew I’d tell you. It matters because of what it sets up. Only the last few years, too, nothing fatal in itself. She was never going to go out like her mother. Her conscious ego might not have been aware and struggled, but no way, no how. I can feel her whole self now. I know.

Kathy was always ahead of her time, always ahead of me. She pounded on a neighbor’s piano in Wall Lake (and made her mad) when she was only three. At her elementary school in Des Moines, they had a recital for all the kids who’d been taking lessons. Her family couldn’t afford those, so her mother taught her. Music in hand, she walked up to the stage and asked the teacher if it would be all right for her to play even though she hadn’t had “real” lessons. Of course, her teacher said! (Thank God.) At every stage of her life, help came from out of nowhere when she was following her heart.

Her parents bought her a piano when she was still in school and even let her pick it out. To the very last, she never understood how they were able to afford it. It still sits in her studio four miles away. Instead of going to college at Drake and living at home to save, she ended up at Cornell College with the best professor of piano in the state of Iowa. (A scholarship? Her sister would know.) When she fell in love with me and moved in, she called her mother and made her cry because we were living in sin, but Fielda—what a beautiful name—never once rebuked her. After we moved to New Mexico, when Kathy was living in Dubuque to give me space to grow up, make some money, and help take care of her mother, my cousin in Florida inherited a sizable chunk and bought her a beautiful brand new Kawai RX-3 grand piano! How often does this happen to anyone, anywhere? There wasn’t room where she was renting, so she played it at her sister’s house until her mother died and she could come back to Taos. The things we had to do to get it here, her joy when the mover unpacked it and set it up. I can’t begin to tell you all the ways the love and blessings manifested. She never really had bad luck. I’d better repeat that:

She never had bad luck.

Life has sliced open my heart and fed it to ravens and bears. There’s a hole in my chest the size of a grapefruit. I drip blood wherever I go, but where does it come from? On the other hand, I still have a partner.