Almost June (Could Be Worse) 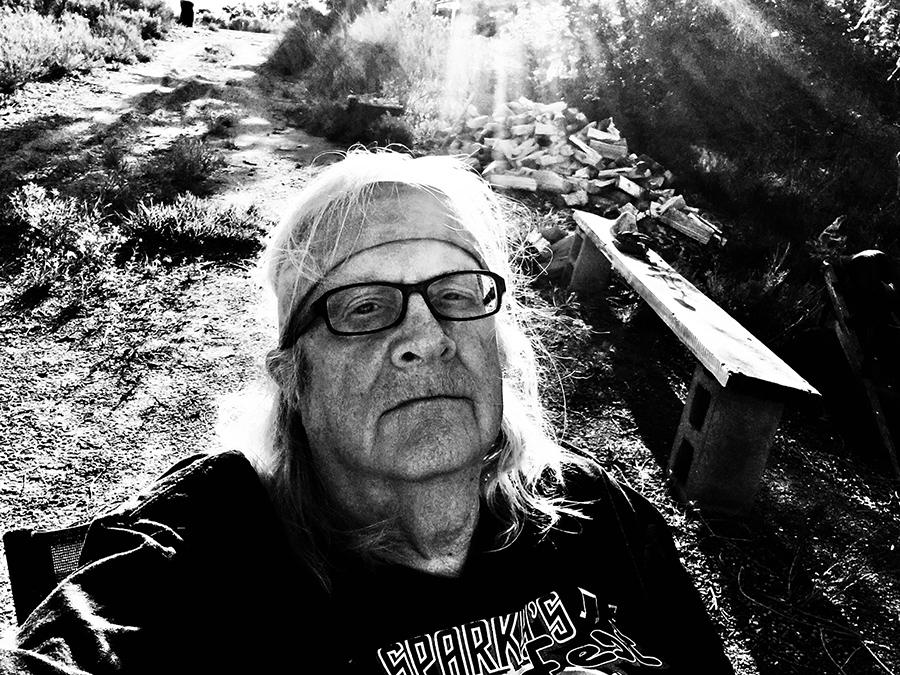 Almost died last night, I swear. Never mind it’s been six weeks since since I laid her back down on the pillow, closed her eyes, and called the nurse. There wasn’t any crying then. We’d had an intimate last few hours all alone and there was nothing in that room but love. I blazed like a Leo sun and told her I would be all right so she could go. This week has been the worst though.

You see, I have this project. We moved to New Mexico from Maryland in ‘99 without a plan, completely winging everything. She was absolutely for it. The whiplash of the ups and downs was vicious but we did all right. A few months after we arrived I bought my first digital camera, a compact Nikon something-something lost to history but did I ever use it. Graduated from that to a couple of Pentax DSLRs, of which I still have the K-x and all its lenses, though the iPhone is my go-to tool. The point is that I have a lot of pictures. Right now there are more than 35,000 digital images stored on hard drives, SSDs, and in the cloud. The project involves copying every single one that has her in it onto a USB drive so they’re ready for a book or three I have in mind.

It’s also something of a re-education. A gatling gun of memories. Oh, that place. That was where we stayed after we’d been two months at my mother’s doublewide in Tucson (help me Jesus) while we waited for Wiz to kick Bill Whaley out of his tiny little guest house just two blocks off the plaza and when we came back he said he’d changed his mind and wasn’t going to rent it after all. Taos man, that’s how it goes. Up in Arroyo Seco after. Nice views, someone else’s furniture, only had a two-month lease. That’s where we were on 9-11 when those crazy bastards flew the planes into the buildings. You remember, right?

Oh shit no you don’t. Not now.

I made it through three years’ worth last night, only 17 more to go. Cried all over the fucking keyboard. San Cristobal, Arroyo Seco, the condo at the end of Hinde Street. So many pictures of my honey, different haircuts, pretty clothes, all dressed up to play piano at a concert. Waving at me from a road or chair or picnic table in the boonies. She took it like an exiled queen and charged ahead with hosts of angels. Looking at the photos, I remembered all the trouble I was for being young and stupid. Yes friends young is relative. Stupid true, depending. Like last night. I pushed myself too hard and felt the changes in my body. Flopped and twisted in the bed so much I woke up every hour. Wrecked myself the whole damn morning, slept the afternoon away. Cloudy, cool, that kind of day. You know how nice it feels sometimes to lie down on a freshly made bed covered by a blanket with the window open so you hear the wind?

Whenever I come back from town I drive right by her studio. Usually I stop to look around, water the two lonely geraniums and the Christmas cactus. The green things miss her too—it’s startling. Last time I was there, I pulled the cover back from her piano—a black Kawai RX-3 six foot one inch grand—lifted the keyboard cover, and played a few chords. The keys so shiny, all is spotless. She loved the instrument so much. Just thinking of my cousin’s generosity for buying it would make her weepy.

She could listen to almost any kind of music, tell you what the meter was, and guess the key. She never minded when I cranked the speakers up. Classical, ethnic, jazz, or rock & roll, no matter. If it was one of her favorites, she’d sit there with her eyes closed, moving her finger like she was following the score. Never any such thing as “background music” in our house. The studio has to go soon, by the way. I want to keep the grand piano and have no place to put it. This old adobe has to go soon, too. I want to keep so many things and have no place to put myself.

Answers will surely come when I relax and let them in. I owe it to myself, to her, and everything she taught me. The video below is from two years ago in June. Turn the volume up and listen. Every syllable is perfect. The incalculable richness she brought into my life. I don’t know what I gave to her except my heart.