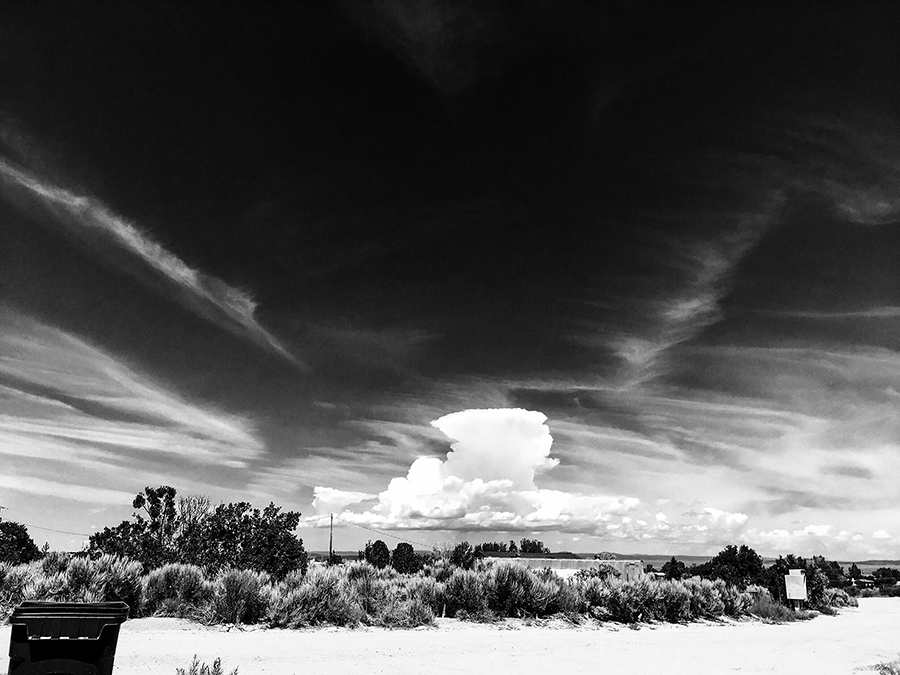 No martyrs and no medal

The small gray dog somehow wasn’t crushed but tore off into the bushes shrieking hurt real bad. The Volvo station wagon in the right lane pulled over to the curb and no one got right out. I don’t know if they’d ever even find him and did not want to be in that car.

I was driving into town to go to Albertson’s for a Sunday paper and cinnamon rolls. Traffic was light, the air was cool. As I slowed down for the red light at the hardware store, the dog ran out from a clump of trees, stepped off the curb, and did a little left-right-forward dance, confused. The Volvo wasn’t going fast and slowed down even more to give him room. The dog took advantage and tried to cross, but the traffic coming the other way must have made him turn around. The space behind him was no longer empty, though. Instead of stopping until the animal got sorted out, the Volvo had already started rolling again. The dog got tangled up between the front wheels and something nasty happened at the left one. To my amazement he still jumped up and ran the way they do before they die. Maybe it wasn’t that bad but oh the sound he made.

The light turned green. There was a millisecond of my going back to help, but my lane was clear and I went through with all the rest and off the rails because I knew… The Volvo owners must be Anglo and retired. Squeamish dealing with the blood and pain they’d caused. Afraid to see if there’s a collar with a number they should call. Not wanting to pay the vet bill. The aggravation of a broken Sunday morning. I was angry at the dog as well and at whoever let it loose.

Past the light and safe to look behind. I didn’t see the Volvo. The dog was probably bleeding in the sagebrush or already dead. A man or woman or child would worry all day long or cry and never know. Part of me was in the car between the wheels and dying in the brush. I heard the dog at Albertson’s, then thought of him again back home and wished I had another roll.