Now at Amazon and iBooks! 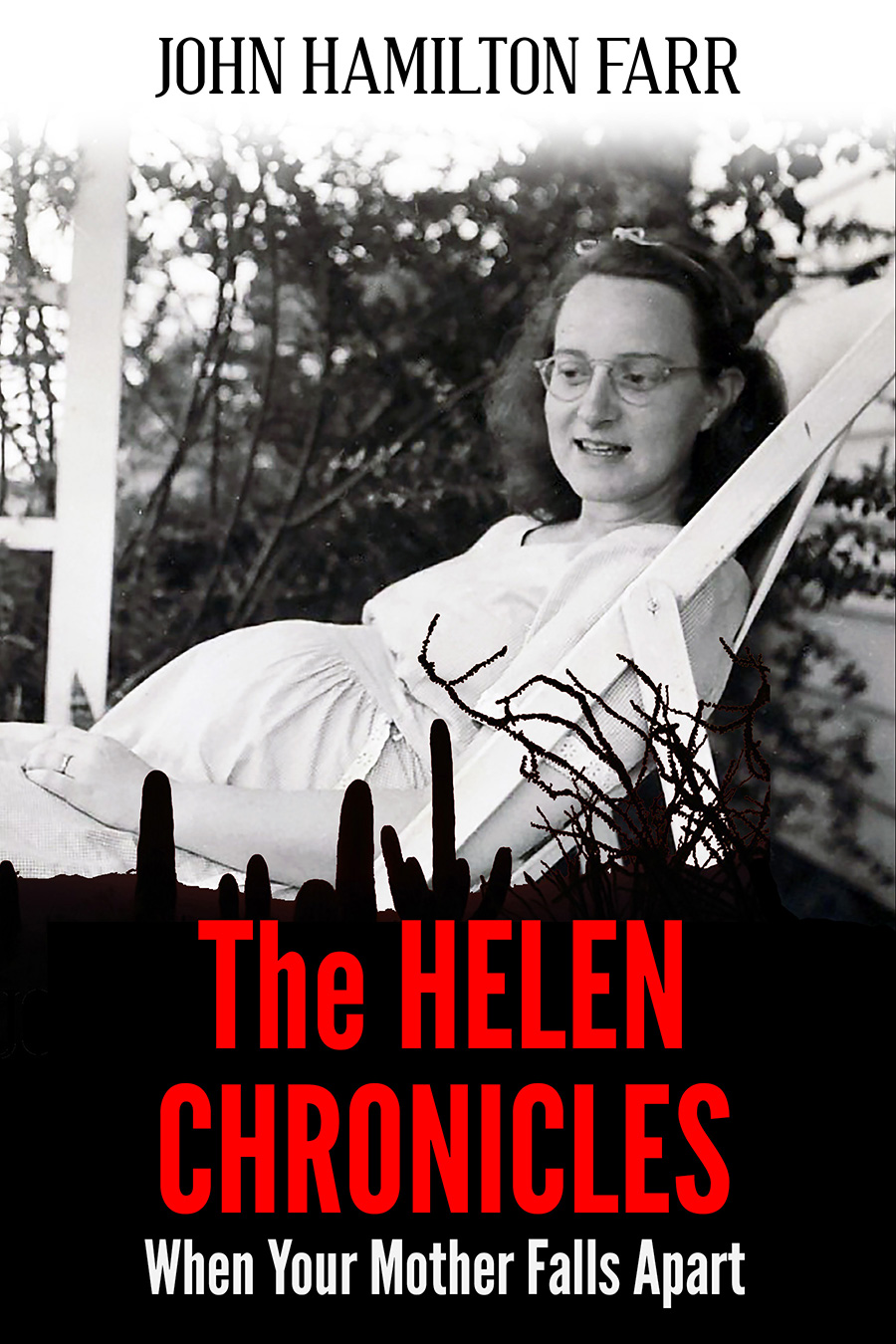 My latest book, The HELEN CHRONICLES, (32,788 words) is now live at Amazon. If you don’t have a Kindle, the free Kindle app (see sidebar at that link) works with everything else. Even better for this Apple fanboy, it’s available on iBooks, too.

Behold the introduction from the book:

The HELEN CHRONICLES is an annotated, chronological collection of blog posts that tell the story of my mother’s chaotic last few years under the influence of dementia, Alzheimer’s, paranoia, schizophrenia, delusions, and hallucinations. (If that says “family” to you, you’re in the right place.) The events described took place between August 7, 2008, and April 7, 2012. My original accounts, no longer available online, were sometimes rough, emotional, and repetitive. Over the top is also fair. I’ve cleaned them up as best I can and added notes.

This is not the story of her life—that would be quite different—but the drama at the end, the clang and shudder of the final rolling train wreck, presented in real-time dispatches through the eyes of an oldest son who tried to do the right thing out of love and duty at great risk to himself. The reader should also know that for the thirty years preceding the time frame of this book, my adult relationship with Helen was difficult at best. There was never a single visit without a crisis or eruption in the first few hours. My father died in 1987. By August, 2008, however, when the action in this book begins, I hadn’t visited Helen for about five years, and she lived just six hundred miles away.

A few essential details did go missing at the time or had to be suppressed. Please see the epilogue, “The Untold Story of Helen’s Capture,” written especially for this book, to learn how touch and go it was. One way or the other, Helen made it impossible for us to help her, as if she’d really moved on years ago and left us with her shadow. We all did the best we could, and this is how it happened.

It makes a damned good story, too, one I hope never happens to you. If it already has, then at least you know you’re not alone. This is the thing I had to do before I could do anything else, and I want it public. It’s my way of saying good-bye to a whole bunch of things and hello to the unknown.

Blogging will recommence, and there are other things to write. I have a lot to say.