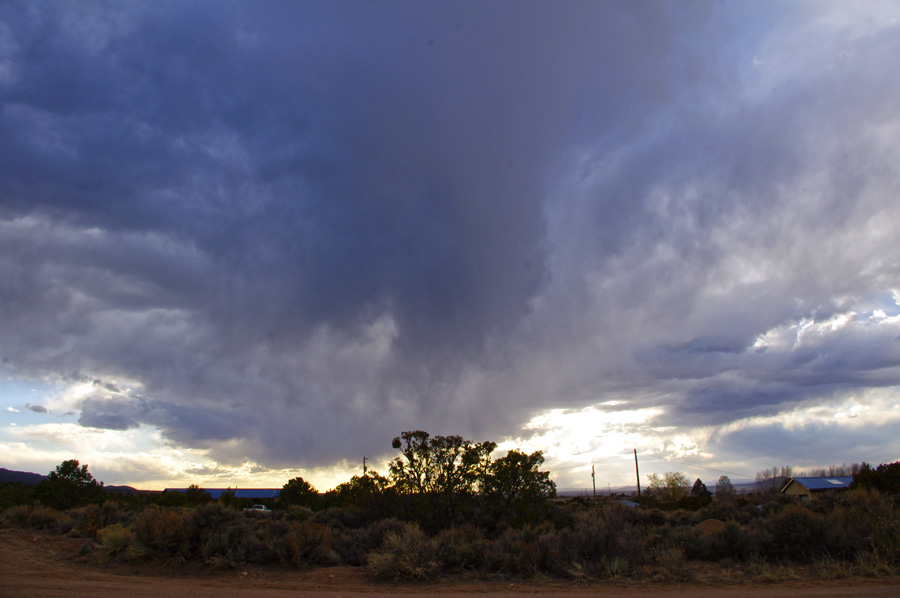 Yesterday around the time I took this shot, there was a phone call from someone at my brother’s bank in Tucson. He was standing there in front of her, unable to cash the $100 check I’d just sent him so he could get the tire on his motor scooter fixed and drive to the grocery store. Evidently he’d gotten through last month by overdrawing his account by $251.00—how is that even possible with a debit card?—and now the question was, would I “cover the account” and pay his debt, or would she throw him out and sic the dogs on him?

He turns 62 next month and starts his Social Security. Except that as far as I know, he hasn’t signed up yet. If he ever does, he’ll need a bank account, so I sighed and said I’d pay. The money comes from an old account of my mother’s at the same bank, soon to be closed out. Relatively easy to finesse, then, and the bank officer cut up his debit card while I was on the line. Since the poor guy paid for his expenses last month by stealing from the bank and ultimately me, who knows how he’ll get by for April? As soon as I pay our late mother’s 2012 tax bill, all remaining accounts of hers go “poof” and I can’t help him any more. My wife and I sit here in a crumbling old adobe rental, wondering how a grown man can blow thousands of dollars in inheritance while living in a paid-for mobile home and then expect the world to bail him out. The answer must be [cough] stimulants, and maybe something else.

This morning I remembered my poor old white German shepherd, Lady the Wonder Dog, on the afternoon I took her to the vet to put her down. She looked at me through cataract-clouded eyes, wagged her tail, and shit the biggest dump you ever saw, right there on the living room rug, without a whimper or a grunt. Just plopped it down right there, the final straw. I cried all the way to the vet and all the way home. Went there with a dog, my faithful companion for so many years, and came home with a collar and a leash. Hardly anything hurts worse than that, unless we’re dealing with a person.

My brother doesn’t have a collar, none of us can grab him. He hasn’t taken any steps to improve his situation that I know of. His Social Security is in limbo. There could be a V.A. disability pension waiting for him if he’d just apply, but he hasn’t even asked about it. I put him in touch with a reputable charity for financial coaching and assistance, and he never followed through. I saved his ass this one last time, and now the money’s gone. How long before he augers in, no matter what? I’m dealing with a force of nature here, just at a time when we need our shelter. Uh-oh.