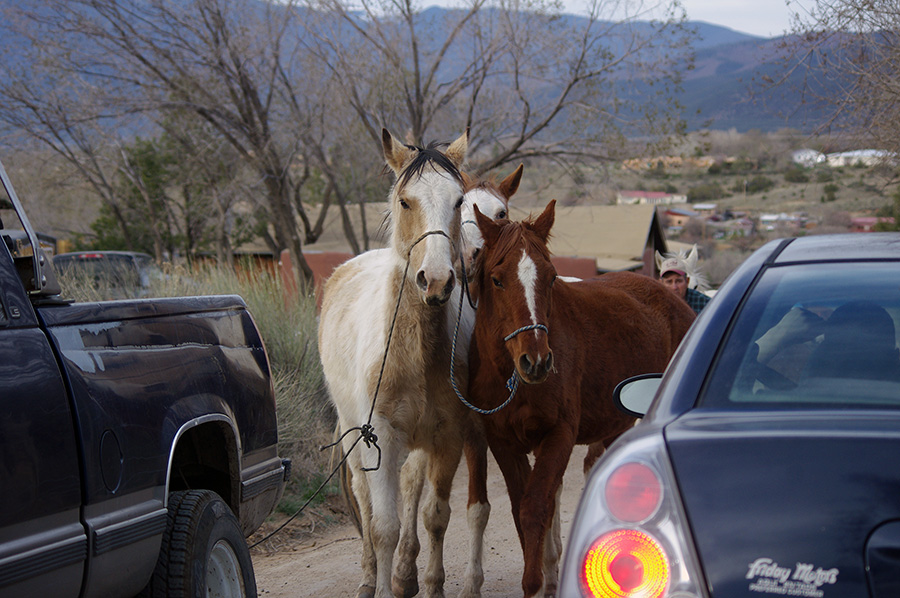 Those horses aren’t going to move themselves, so I guess that’s why they’re tied to a truck. We don’t mess around down here. The man looking at me over the horse’s butt is a neighbor. You can’t see, but he’s leading three or four more, with a loose colt running alongside. His father is driving [...] 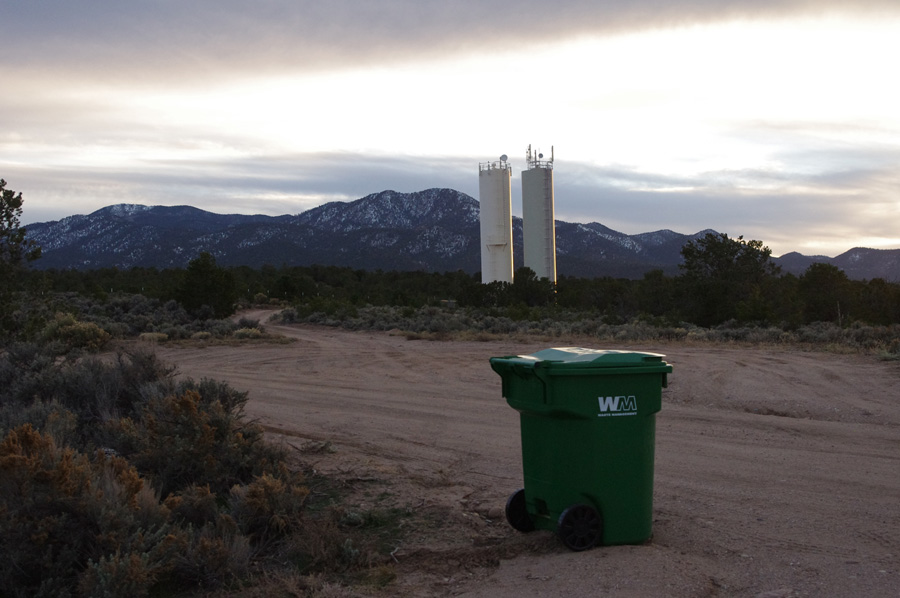 Winter is approaching, this will stand out in the snow

Everyone else’s is dark brown and ours is green. For that and other reasons, this is kind of a special deal. For over ten years there’s been a sharing arrangement with the garbage can. When the dead landlord was alive, we had a bigger thing we called “the dumpster” that I burned up one night [...]