Story of the Stones 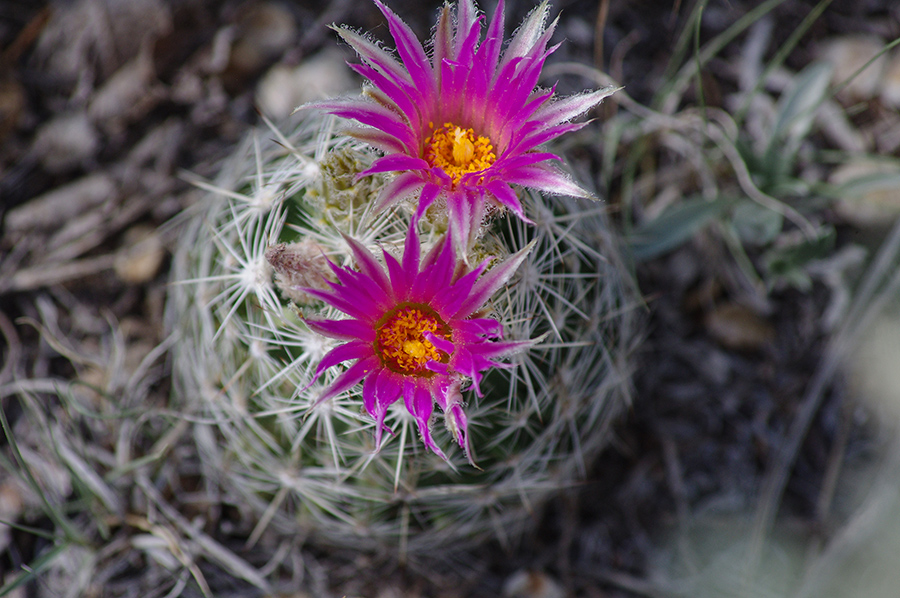 How I got to now

I hardly cried at all on Monday, even made the bed without a hitch. Didn’t know whether to be ashamed or let myself feel good. Just now I picked up her driver’s license and stared at that beautiful smile. The things you don’t know coming down the pike, oh my. So lucky we were, so favored. Half a minute’s thought like that, I put the license down to write before I auger in. It still does not compute.

We both have L.L. Bean fleece bathrobes. (Had, goddammit, all the verbs are broken.) I felt productive and decided to wash them which they needed. Mine’s the older, ratty one stained with oatmeal spills and soot. The washing went all right, they dried real fast, but then I had to think of where to put hers. No sense to hang it where I found it since she’s dead. Didn’t want to start the sorting process, either, can’t face that. For now it’s folded on a pile beside the cedar chest that dates from just before she died. Otherwise the house is pretty much the same as when I planned to bring her home. I have these islands of change I navigate among and people tell me this is normal.

(Whenever I use words like “dead” and “died” I feel like I just killed her. I try them out to risk it, see if it’s still true.)

The afternoon was all about the gravestone. I’ve been back and forth on that. You may recall that in her final hours when she couldn’t talk, she looked at me and shot an image deep into my brain. (I’d swear to this in any court.) It was the cemetery in Keota, Iowa where her parents and a host of relatives are buried. Kathy and I had never made a hard decision as to where or whether to bury our ashes. I wouldn’t have picked Iowa myself, of course, and she never really said. All her family members have moved away.

If she’d ever told me she wanted her ashes scattered from a mountaintop, I’d be right there in a second, but she didn’t. There was once some talk of going back to Maryland where we met. Plenty of room in the cemetery because my Uncle Bob bought a block of plots back in the Pleistocene when they were cheap. My grandmother and grandfather are buried there, as are my aunt and uncle and my father. I took care of that myself, placed his Veterans Administration marker in the grass and dug a nice hole with a post hole digger I borrowed from a funeral home director who knew my family. Bought the urn from a potter friend, filled it up, epoxied the lid. I drank tequila, poured some on the grave, and cried. Oh it was something else, all private underneath thick evergreens beside a great big upright stone that yells out “FARR” if you can read it through the bird shit. Something to consider if you want to buy a plot.

Another thing I guess is who the hell would ever visit. My immediate family members are all dead or fled from Maryland (or never even lived there1), which leaves my 90-something Uncle Buddy on the western shore and assorted cousins I haven’t seen for over 50 years. I don’t even know where Buddy lives. But these aren’t her relatives, you see, any more than the dearly departed in Keota have to do with me, though I know more of them than I do my own. I did promise Helen (Buddy’s sister) years before she died that I would bury her beside John Sr. and buy a gravestone for her, too. Unhappily for all concerned, her final decades were wracked with black belt dysfunction of such magnitude that what’s left of her ashes have been sitting in a storage unit here since April, 2012. There’s more to this but we’d be here all day. Back to business, then.

First, what anyone with heart would call my sweetheart’s last request. Eastern Iowa. The hillside. Polished gravestones baking in the sun…

Being cheap like Uncle Bob—a family trait I’ve tried to counter—I trekked the internet for tombstones. You can actually order these online now after designing the inscription on a website. They tend to be less expensive than what you’d find in your hometown and the makers email you a photo before shipping so you don’t get one for Sam in Idaho. Naturally you have to install it on your own or find someone to do this. It also turns out that every “normal” cemetery has rules and expectations, unlike the rural camposantos in New Mexico where your grieving relatives carve, cast, or hammer up whatever thing they want. From where I sit these personal creations, often just a wooden cross with painted names, are far more precious than the tired, expensive, granite monuments the Anglo world expects. But they’d never go for that in Iowa. If Kathy and I had ever bought that ranch we dreamed about, I’d have her in the ground already in a pretty spot and that would be just fine. I’d damn sure build a monument, too. Next life, motherfucker. Get it straight.

In Chestertown I simply carved a shallow cavity and placed the old man’s marker in the grass, then dug a hole to bury the urn. The old Eastern Shore gent at the funeral home told me at the time to “use a peanut butter jar” if that was all I had. They were looser there than most. The way I did this left my father’s gravestone vulnerable to mower damage. The last time I went by before we moved, I winced at all the dings.

In Iowa however, the threat of frost heaves on the prairie means I have to set the marker in a concrete foundation that goes down three whole feet. This also recesses the stone so it never takes a hit from whirling blades. Coordinating delivery of a 36 by 12 by 4-inch slab of granite weighing nearly 200 pounds with someone I haven’t found yet to dig the hole and pour the concrete from 1,000 miles away was a little much, so I surrendered. Enter a helpful soul named Lyle from the local burying concern who makes it happen for just $1,706.65, stone and tax included. I can bury the urn myself or pay another $275 and let them do it. Fine. It’s likely to be hot and humid when I get there and there might be in-laws. I don’t want to change my clothes or get down on my knees until everybody’s gone.

The next step is to pick a date and text Lyle the inscription so he can send me a computer mock-up. Oh, that. Words forever carved in stone. For four whole days I’ve sat here paralyzed…

Meeting Kathy was a miracle. Marrying the love of my life is the greatest thing I’ve ever done. Living with her every day was what I cared about the most. If that’s all anyone remembers, it’ll be enough. Being with her when she died is the reason I was born.

I know this. It is complete. It’s also not my time to go.

Holding up pretty well here. There’s some swelling in my legs but Dr. White will set me straight on that. I don’t smoke anything because I like to breathe and hardly ever have a drink. I walk at least two miles every other day. My knees have tightened up and don’t bother me so much. I’m doing exercises with a pair of 15-pound dumbbells to bulk up the old man arms. My blood oxygen’s come up a bit. The biggest change is in the kitchen. No cookies, glop, or processed food of any kind. I visited the local organic supermarket and couldn’t find a thing to eat at first. Then I saw the little packages of organic strawberries, boysenberries, blueberries, raspberries, and dates. Tasty little plums. Buy the things that speak to me and never mind the price. It’s working better than I thought it would the first week. Hardly any meat at all and just a tiny loaf of artisanal bread I have to slice myself. No liquid dairy. I’ve already lost five pounds.

In a halfway pleasant state brought on by these improvements, I thought about the inscription for the so-called “companion style” stone again. It’ll have both our names and vital dates (my death date to be engraved later), but I needed something more. A phrase, a sentence, something to-the-point and special. It came to me this time. I won’t reveal it now in case I change it, but it choked me up and that was how I knew.

I couldn’t wait to run it past her and rose a little from my chair. “Hey, babe,” you know, like that. So eager to share, I almost yelled it out! For half a second, I completely blanked on Kathy being gone and then it kicked me in the stomach. Oh my fucking god.

The worst one yet, no contest.

This morning I took off in my truck to score more groceries. Except for shaving, I was ready to face the world. Windows down, the air was cool, yappy dogs a-barkin’ on the bumpy gravel road. Little did I know my new Ralph Stanley CD of songs by Grayson & Whitter would do me in. I hadn’t played the whole thing yet, but “Handsome Molly” had me bawling at the stop sign:

You have to have it but it’s gone. You give up everything to hold the paradox in your heart. Now there’s something new that wasn’t here before. Hit the road and take the ashes out of here. Bury them with her parents like she wanted in the dark brown dirt.

I have manly comrades waiting in the wings to put me in there too2 beside the stone with both our names. It’s right and proper and I want the world to know that we were here on Earth together and that this was how I spent my life. Come visit 30 years from now and find out when I died. Bring yellow roses for my sweetheart. Smell the new-mown grass and feel the soft warm air. Drive to Iowa City afterwards, have a burger and a beer. Listen to the music, watch the pretty girls and boys.

Somehow I’m not dead. There has to be a reason and you’re it. I love you so much, darlin’. Help me with the life and freedom that you gave me. I do know how to find you. Sailing round the ocean, sailing round the sea, I’ll think of my sweet Kathy, wherever she may be…