Love and Monsters (Sing Your Song) 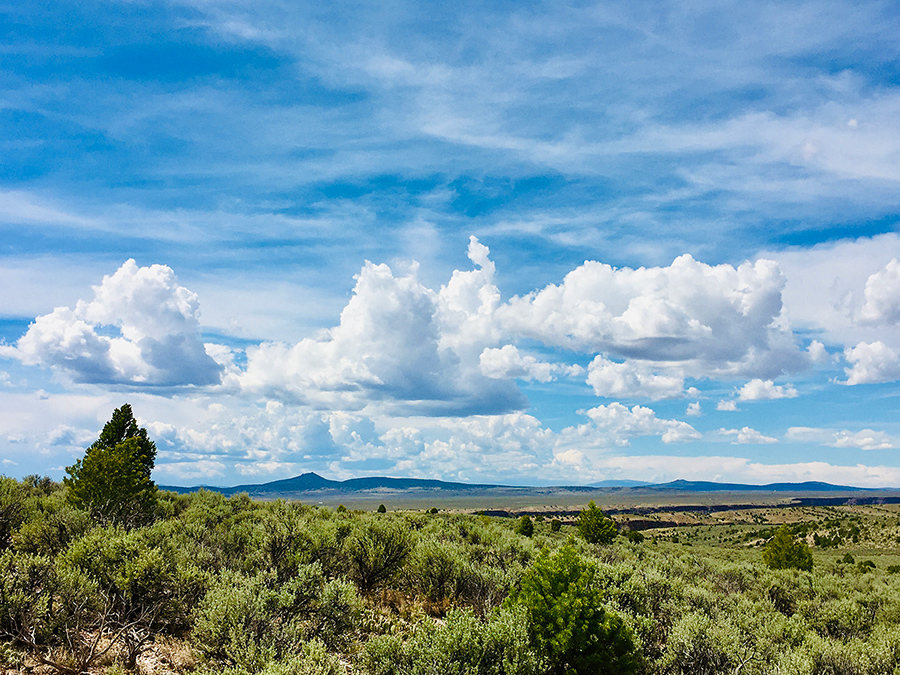 Northwest across the gorges from Rift Valley Trail

The energy here is impossible to grasp. Tectonic plates oh so slowly sliding past each other on a bed of magma miles beneath your feet. How can one be sure of anything that’s merely human?

I’m still incredulous. She can’t be gone and yet where is she? I go to bed, turn out the light, and see it all play out again. The breathing and the little moans especially, the long goodbye. Three days ago I woke up shattered but the sky and clouds were so damn beautiful I took a hike where I’d be utterly alone. At a certain point along the trail I called out for a sign and thought I heard her voice. Focus on the love, focus on the love, over and over again. Think what you will about my mental state but that’s exactly what she’d say and did repeatedly when times were rough. Afterwards I saw the details in a way I couldn’t face before because I feared my guilt.

She had a stroke, of course, maybe two in quick succession that damaged separate areas of her brain. In the throes of that, she couldn’t talk or use a phone and likely would have died right there in bed if not for me. The blockages occurred when pieces of a blood clot in her heart that no one knew about broke off and traveled up her neck while she lay sleeping. The clot itself had developed over time following an aneurysm—a bulging of the arterial wall—that slowed her blood flow like the bend in a river where a sand bar grows. This happened months or even years ago. An undetected heart attack may be involved. I can’t rule out stress related to living with me, either—and that was from falling in love!

The official cause of death was blood poisoning (sepsis) from untreated aspiration pneumonia they never noticed in the rehab unit. Stroke victims often have trouble swallowing and accidentally inhale food or drink. It may have started there or from the very first spoonful I fed her in the hospital—we were careful but had no supervision. Even if she’d made it home, it could have happened yesterday, tomorrow, or next week. Blood thinners wouldn’t have guaranteed there’d be no other strokes. Her 30% ejection fraction* meant danger of arrhythmia and cardiac arrest. If she hadn’t had the stroke and all of this was was still unknown, she might have died the next time we went walking…

We fell in love so hard and flew like eagles. The only thing I’m scared of is that I’ll forget what it was like and all the things she told me. There wasn’t a day I didn’t say how much I loved her. We’d hold hands half-asleep at night. I still cry almost every time I make the bed.

It’s so quiet in this neighborhood. That’s good because I sleep and eat at any hour. I don’t know what I’m doing, but the I Ching said to wait. This suits me. The grieving shows up when it wants.

I still have some insurance money and there’s savings so I feel a little rich and I’ve been buying things. I ordered moosehide moccasins from Minnesota. They don’t have any lining, just bare leather that warms and molds itself around my feet. Almost like being touched. I bought a digital scale from Amazon that reads in tenths of a pound, so much better than the old one she wouldn’t let me throw away. My brother inspired me to set up a brokerage account with Charles Schwab. I dumped three grand into their best mutual fund and made a hundred bucks the last two weeks. Amazon again for underwear and two new pairs of hiking shorts. I pretty much stopped watching MSNBC and don’t spread scary bullshit anymore on Twitter. Ten bucks worth of flowers every time I shop for groceries because they make me think of her. I feed the birds. The weather’s beautiful, thank God.

If you’re in love and die together, maybe then you win the prize. I was ready. That bent-over geezer tapping his cane with a crazy old lady on his other arm was me. I wanted to grow old with you. I never wanted you to die.

There’s another way to win, though.

I’m so well-rehearsed at punishing myself it’s hard to see. The stream of criticism is unending. Guess who saw that and pushed so hard for me to quit and never gave up hope and always said she “knew” the first time she laid eyes on me.

I wrote an essay almost 20 years ago that puts it perfectly. She’d just left on a trip back East to Maryland to house-sit over Easter for some friends. At the time we wondered if we’d done the right thing after all by moving to New Mexico and I was worried she’d be pulled away by visiting the scene of the crime. Here’s the ending as I reassembled myself anticipating her return:

He knew what it was. He’d felt it as he’d done their income taxes, scanned her appointment calendar for business trips and read between the lines of all the dutiful and spritely entries. This was the datebook of his own voodoo goddess, as ferocious, wide-awake, and loving as any on the planet, whether in hiking boots or her own bare feet he loved so much. She was ready for the moon, and he was still waiting for permission. She had always been ready.

It was Easter again, and he was alone. He went to the freezer, pulled out the turkey franks, and set them on a shelf in the refrigerator to thaw. A feast fit for a king, he thought: king of the hipster bandidos, voodoo warrior of the West, or just plain John.

I could have written that a week ago except it isn’t Easter and she’s dead. (How the ever-loving hell?) The last body that I saw her in, at least, the bits in a box on a chair by the window. The woman I knew is never coming back and that destroys me. What I sense or imagine she really is is something else and still in love with “just plain John.”

Whenever I check out she’ll be there. There isn’t any doubt at all.

A plan of sorts is forming, nothing practical of course.

First I have to finish the job. Buy an urn to put the ashes in, order a grave marker of some kind, arrange for shipment and installation, finalize the date, reserve myself a motel room in darkest Iowa, drive up to Keota and make it happen on the weepy warm green prairie where the white folks live.

Her parents and other relatives are buried on the quiet hillside. Her grandmother who came from England as a young wife, for example, the one whose farrier husband got kicked in the head by a horse and died. (My brother-in-law still has the pipe he bit through when it happened.) I met her several times. She had a lovely British accent and the softest voice. Her oldest son (my late father-in-law) used to drive them to Montana every summer in a Model A coupe to visit another son in Anaconda. A third son became a banker in Keota after World War II. He had to straddle an open bomb bay door in a B-24 and kick a stuck bomb loose over the English Channel. All good souls, a perfect resting place. My name will be there too if not my ashes. When the time comes you can shoot them to the moon for all I care [he thought], but as I write this, why not put me with my sweetheart? It’s just that anyone who can will probably be dead or loathe to deal with Kathy’s crazy husband’s fucking dust. Best to stay detached.

The plan though if I dare call it that is more a final letting go. All I can tell you is the love of my life believed in me and I’m still here. Let’s not go throwing that away. “Just plain John” will do exactly as she told me on the mesa and I know we’ll be all right.

You, me, everyone. It’s always been okay. 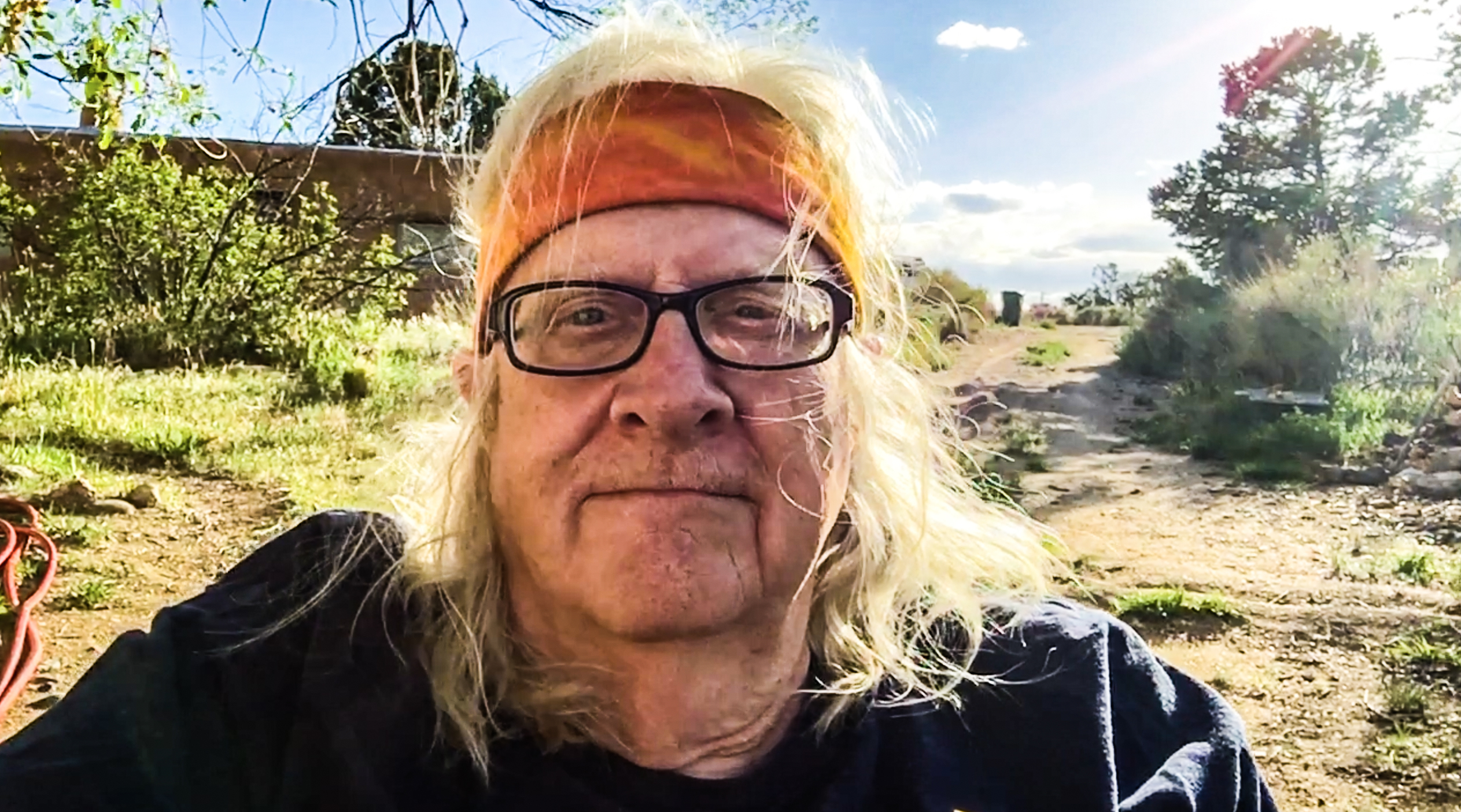 * Measure of blood pumped from heart. Less than 35% is moderate-to-severe heart failure.