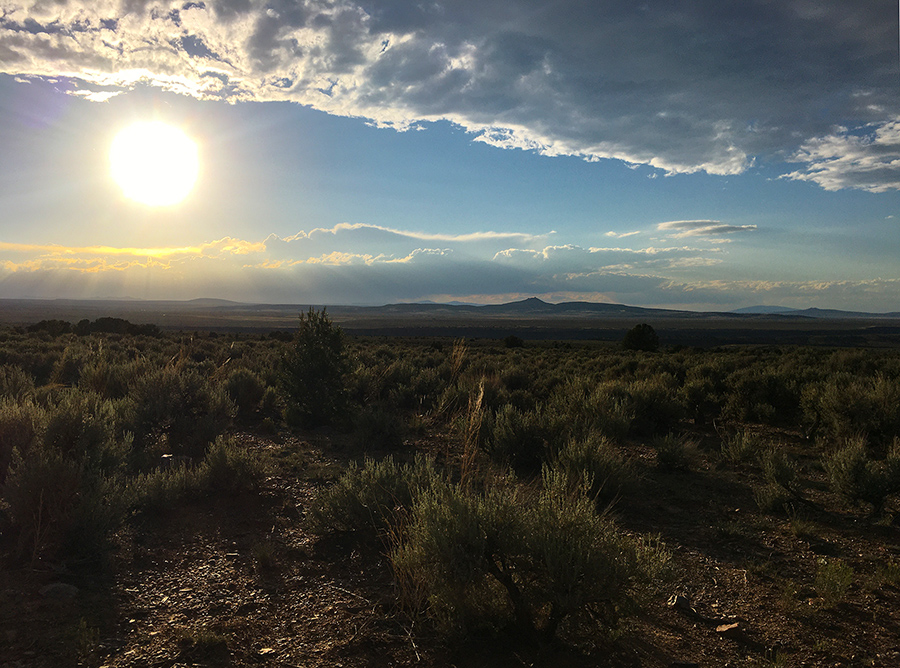 I woke up this morning feeling different and lay there for a long time as cool air seeped in through the open window. The sun was low enough for me to see it shining on the wall with squinting eyes. So quiet on the hillside. No barking dogs, no vehicles, no one shouting in the distance. There was stillness on the inside too. No dread. I savored this and hoped I’d lost more weight. The recent lightness was still new and drew in life.

I have a routine now where I collect the dishes in the kitchen sink throughout the day and wash them last thing late at night. Sometimes I brew a thermos of fresh coffee at the same time to have it ready for the morning. There’s an old mirror over the sink with a wooden frame I painted red and yellow years ago in Maryland. If I look up then, I see myself and realize there’s no one sleeping in the bedroom and it’s over, grab a kleenex with soapy hands at 2:00 a.m. but it’s already wet, and then I have to find a towel. No one wants to hear it but it’s true. Never mind the difficulties we’d have had to face if she’d lived on. When this happens, see, you lose the whole damn thing.

The suffering is massive when it comes. I feel so bad but sometimes good, as if the fix were in before the two of us existed. Maybe I’m not abandoned and just need to pay attention.

Before the sun came up I lingered in a semi-dream state with the details of her dying. So intimate and powerful. No one else would have the love or guts. I can do it, find the words, and go there. I thought of everything I could but didn’t have it all. The sequencing. When exactly did the nurses come and clean the body? I remember how I laid her down, removed the mask, and closed her eyes. The left one wouldn’t stay shut—can’t tell my sweetheart what to do. When my father died, his face collapsed and didn’t look like him at all. But Kathy was herself and beautiful. The gentlemen from Rivera’s had her in the woven body bag enclosure and waited outside while my sister and I said goodbye. I stood there by the gurney and rearranged her hair a little with my fingers. So pretty, even then. There were no tears at all.

There’s so much left to do. I know I’ll need to let go of almost all her things and mine as well. How on earth do people do this when they have no children? I feel this overwhelming urge to cut back, clean, and organize. If I dropped dead, my siblings would expire from grief and then be dead again from all the mess. It’s simply beyond comprehension. I want to get away and leave this place, this house, this Taos, maybe for a while or permanently. Everything is clear as mud. The shock has been enormous. The house is a dusty shit show museum of our past lives, love, and aspirations. No one can tell me what to do and I wouldn’t listen anyway. The only way to move on is organically. Listen to my heart and do a little every day, but number one is do no harm. No guilt, no beating up. She told me on the mesa to be proud. I am proud. And favorably poised apart from losing her, if I can say a crazy thing like that. Even there, I’m making progress.

The gravestone inscription and design are finalized. I’ll keep that private until the monument maker in St. Paul delivers and the funeral home fellow in Keota has the thing installed. I’m happy with the job I did, but Jesus—the finality of picturing her name and death date carved in stone is like dropping the 3’ x 1’ x 4” granite slab on my still beating ripped-out heart. Everything I’ve had to do has either killed me or exalted us in ways that only come with love.

I remember when my father died, however.

My mother whimpered, “Johnny, you’ll have to write the obituary. And I want a memorial service for your father.” But they didn’t go to church or anything! How, who, where, and why? I did it, though, wrote the goddamn thing and had it published, found a minister who’d never met my family, rented some kind of chapel at a nearby Boy Scout camp (?), figured out the only people who might come would be the members of his bike club (they did), since my parents had no friends in Tucson Estates after the old man put the moves on the lady across the street, freaking out her and her husband so much they sold their home and moved away. I could go on, I really could.

This was after or around the time my brother the speed freak’s evil friends burned his trailer down because he ratted on their meth lab operation in the shed out back after he got caught for tweaking. That’s all a blur, thank God. I have to mention that he later needed to escape and drove his car into the desert on the rims because the tires blew and bivouacked in a cardboard box until my sister rescued him. He’s gone now, dead from cancer screaming in a V.A. hospice, “I have money, lots of money!” About three grand, as I recall, which one way or the other ended up with me, the Eighth House wonder.*

I’m good at this, in other words, at least when I don’t have to care.

The thing is, I’ve been scared that I’ll forget. That if I feel okay or even halfway good and act like everything is normal, what I had with her will fade away. The very notion cuts me worse than anything. People tell me that won’t happen. People tell you lots of things and I don’t care. But I’ve had intimations of a process.

Ever since Kathy died, I thought that maybe I was going too. You hear of things like that. In my case I wondered if the minor swelling in my feet meant I might have heart disease. I know, I know. It’s possible, of course. I even bought a cheapo stethoscope on Amazon and tried comparing what I heard with med school training samples on the internet. (Don’t ever do this!) In the end I scheduled my first physical in years and worried hard about it for a month. Our doctor happens to be the attending physician for the rehab unit where she caught pneumonia when she didn’t swallow right and that’s what killed her. The night before the appointment, I freaked out and texted my sister (a retired nurse in Tucson) that I had to cancel because they let her die and I just couldn’t face him. Well, no. Projection City. The truth was I was wrecked because I hadn’t saved her. Thank God I realized that before she yelled at me to stop with the excuses and have the fucking physical. I went.

The first thing he did when he came into the examination room was sit right down in front of me, eye to eye, and quietly say, “I’m so sorry about Kathy. That’s a long time to be together.”

“Thank you,” I said, and nearly came apart right there behind my mask. I could hardly speak at all but somehow got it out that I understood how bad she was, that the 30% heart function from the blood clot that had caused the stroke was like a time bomb and she never really had a chance. I told him how grateful I was that the hospital had let us be together while she died and left us all alone, how special it was, and how I knew that I was born to be there for her at the end. I spoke a long time and he never rushed me. Competent, compassionate, and kind.

I had the blood work.

My heart is fine. There’s absolutely nothing wrong with me except for being worn around the joints with tired veins and overweight. Bottom line is I have full approval for as much conditioning and exercise as I can stand. “Just not like you’re 30.”

And then there’s this:

Yesterday I walked past her picture and yelled, “COLLABORATION!” Not sure what I meant except it felt right. (She used to say that when we looked at listings, by the way.) Maybe I was thinking of the pain as art fuel, the way it hurts because I love her so damn much and I’m afraid of losing the connection. But what is there to really fear? This morning I got out of bed muttering about who knows what and heard myself say as I stepped onto the scale,

Hell, I ought to add her name to this.

You know I was surprised. 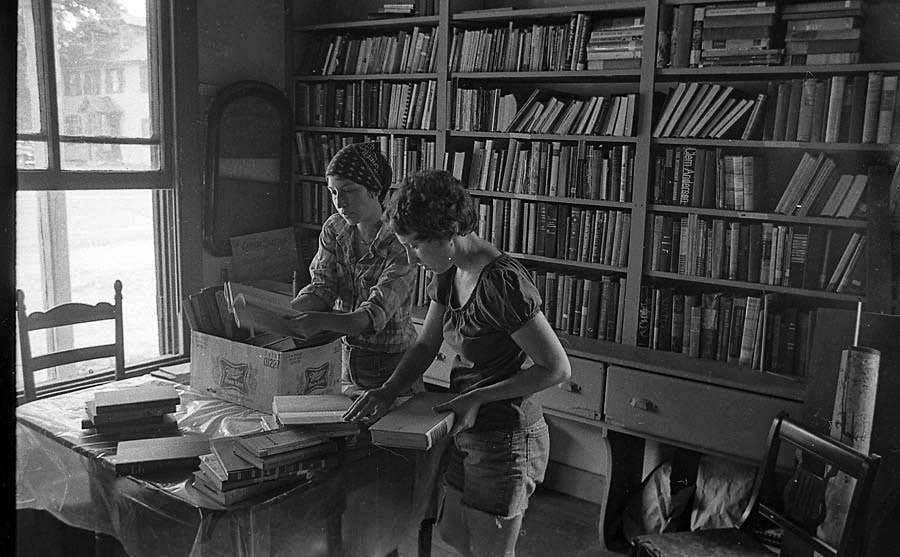 Kathy (foreground) a year or two before I met her.

* Astrology. Look it up.