David on My Mind 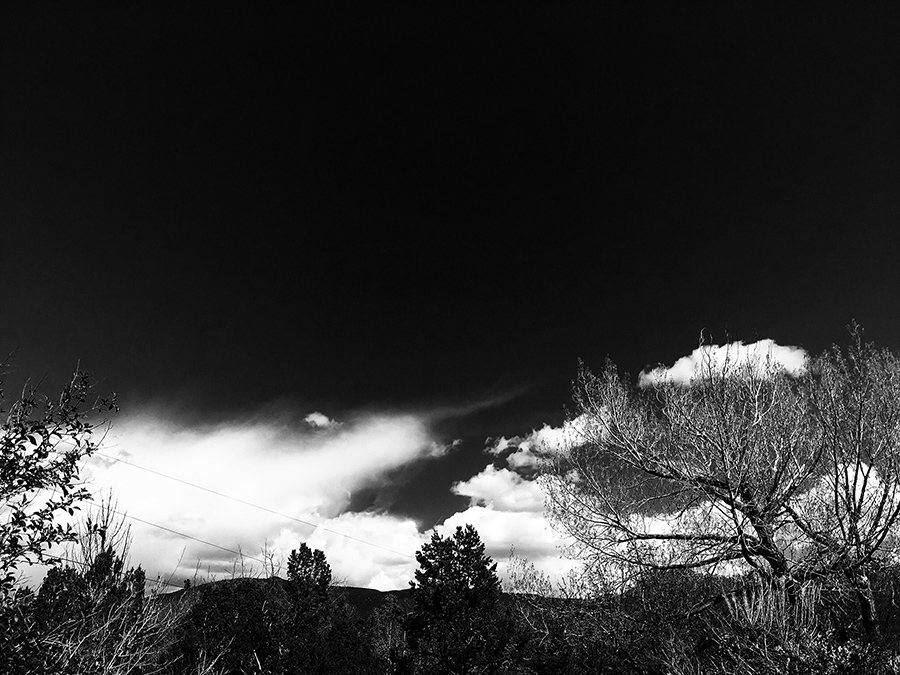 May 12 this year looking out across the Talpa valley

The last time I saw David Ashworth, he’d come up to Chestertown (MD) from Texas unannounced to drop in on old friends. I hadn’t seen him since he divorced Joanie, shut down his pottery studio, and returned to the land of his birth at least ten years before. This time he’d fallen in love for real, gotten married again, then lost her in a car crash coming home from work. I heard tales of drinking, bar fights, and the like. The word I had was he was working as a roughneck down near Houston, but here he was on a clean spring afternoon with an alcoholic’s belly and a dirty thrift store coat, driving a battered 20-year-old sedan that would have had room to sleep in if he hadn’t been so tall. From the looks of things, he’d certainly tried.

I was embarrassed to be doing so well by comparison. My wife and I had bought a farmhouse in the country a mile and a half from the beach. I had a studio, a sports car in the garage, and 2.57 lush green acres for a playground. My wife was happy teaching at the local college. We had tons of friends and everyone was young enough that no one near and dear had died. He stayed about half an hour, then went down the road never to be seen again.

There are so many David stories I could tell. I rattled off a couple just now to my wife, who yelled back, “That’s a book!” Something from the void is aching to be recognized at any rate and so I’ll share a bit, starting with the story of how I met him with an excerpt from this blog post. What we have to do first, though, is listen to this Leo Kottke cover of a Tom T. Hall song. Don’t skip it, it’s important:

Found this in another archive:

Back on the Eastern Shore of Maryland when weirdos and hippies could rent old houses on the water for fifty bucks a month, my old friend and fellow Texan David Ashworth drove a heavily-massaged first-generation Ford Bronco that sat up high on great big wheels and ran a mean V-8 with dual exhausts. David was tall with a big bald head and most of his Green Beret physique. He’d sit up ramrod straight with his sunglasses on and whip that thing around, and it would scoot, too. I went with him once on a trip across the Bay to Annapolis and learned it ran on beer. Well, he did. We did that time, actually. One of the fondest memories of my manly life so far is pissing in the parking lot that day. It was the middle of the afternoon and we had just pulled in beside some office building. The point is, we had to go, and David was just a few years out from being shelled by the North Vietnamese.

Don’t know what made me think of him today, but here I am.

We don’t have the farmhouse in the country any more and haven’t seen our living friends in years. You have to wonder why. My mother’s ashes, sitting in the storage unit since 2012, need burying beside my dad. (Or not, I realize at last.) But how did this all happen? What sentence has been served? Just what is it makes me want to sing and cry?