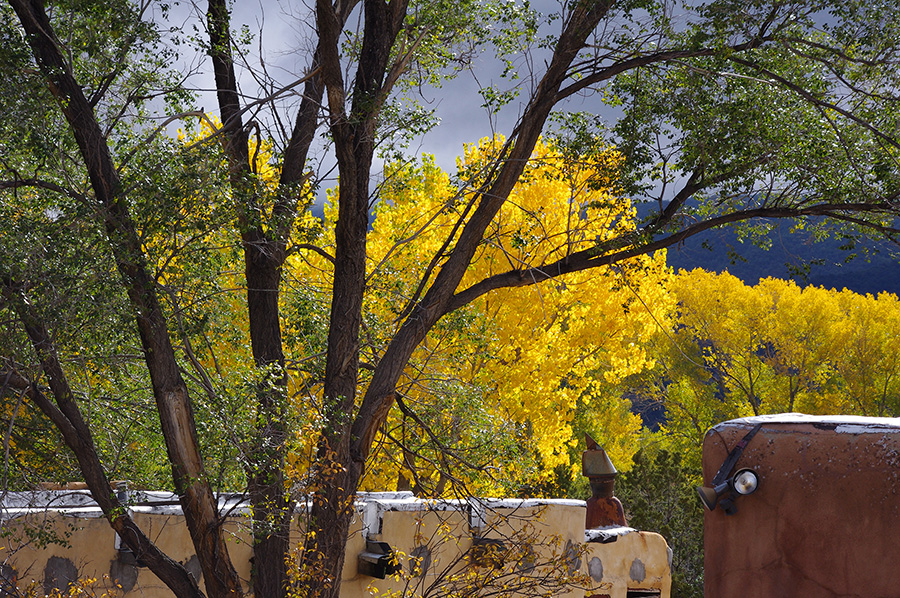 There they go, the leaves, brilliant yellow and then they’re gone. Another cold front with 60 mph gusts like we had this afternoon and that’ll be the end. Seems like we hardly just got started, and now we’re at the end again. I don’t know about this mountain shit. It’s just so impossibly, terribly, beautiful and thrilling, even as it sucks your brains out and you give yourself another day.

Something big is going to happen, though. The coming winter makes no sense to me this year. I’m not ready to hunker down, I’m ready to explode. The feelings, the emotions are too much for my person. They want a bigger space.

There was this little incident of cargo shifting in the hold, but in a good way. Instead of taking licks for all the things I haven’t done, I somehow knew I’d won the prize. This takes off so much pressure. There’s nothing left to lose! Not sleepwalking any more, either. That hurts, the time thing, if I think about it, but the amazing thing is that I still did great. No matter what, I killed ’em dead. The only thing I haven’t done is make a million dollars, but the night is young. I’m glad something is.

And now you really must play the video. It’s Leo Kottke singing Tom T. Hall’s “Pamela Brown” and owning it. I could write many pages about what feels so validating here. One is released to become whole, in a way, by lessening of struggle and relaxation into joy. There’s clearly pain beneath the bounce, and that big booming twelve-string! I’ve played it a couple dozen times since I found the video two days ago. (Kottke’s coming to the Lensic Theater in Santa Fe, and that made me want to look it up.) Hearing it again triggered a wild cascading boojum. I remembered how the song helped me meet a friend I haven’t seen in twenty years. I don’t even know if he’s alive. His name is David Ashworth, and this is how it went.

The key thing here, boys, is authenticity, and who or what confers it. I don’t know, but I am off the hook a little bit somehow, and we are out of time.