New Book at the iBooks Store 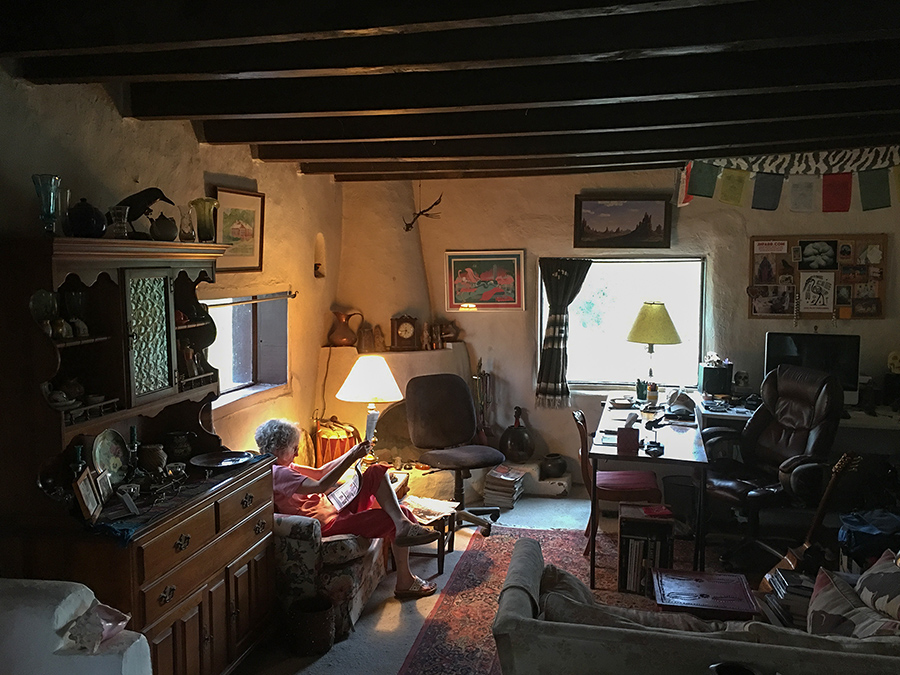 Yes, friends, it took a week for ANOTHER DAY IN PARADISE: Notes from Taos to pass review at Apple, but now it’s live and you can buy it for $5.99. Apparently there were several direct links to Amazon in there—not allowed!—that I’d forgotten about, and it took a while to track them down. If you read the book in iBooks, you can tap on each of the eighty-five high resolution photos to see them full-screen. I love that about iBooks, though I’m informed the Amazon version looks great, too.

Now, about that title… Would you believe it, I had no idea it was such a common one. That makes the sub-title absolutely necessary. It’s not that this slipped past me, though. There’s a chapter in the book where we meet a mountain biker on a lonely trail and he calls out, “Another day in paradise!” as he goes by. That’s where my claim comes from. I just assumed it was “mine” and didn’t bother to research it like I usually do.

I’ll set up a book page shortly. In the meantime, here’s the Introduction / Prologue from the book. Familiar territory to most of you, but remember this is for the masses!

The floor is hand-smoothed adobe mud spread directly on the roughly leveled earth. The internet cable comes in through a hole at my feet drilled through eighteen inches of adobe bricks. There’s a wood stove and a gas wall heater. No ceiling lights or closets. The oldest washing machine I’ve ever used empties into the kitchen sink unless you forget to hook up the hose. Once I found a baby scorpion on the counter. Black widows thrive in nooks and corners. We’ve had coyotes, foxes, and stray cattle ten feet from the back door. There’s a ninety-mile view from the mailbox.

Our now-dead landlord renovated our 120-year-old, nine hundred square foot adobe in the early 1960s. It had no bathroom, kitchen, or indoor plumbing at the time. That’s not unusual today, if the subject is “old Taos”—our neighbor only has an outhouse. Some highways here weren’t even paved then. Many county roads and Taos streets still aren’t and never will be, regardless of how upscale the neighborhood.

Northern New Mexico (El Norte) is one of the most compelling places I’ve ever lived, with impossible vistas, extremes of climate, mountains, deserts, wildlife, and extraordinary people. It’s also ancient, isolated, and harsh. We came here from established lives in Maryland in 1999, neither of us young or wealthy. Speaking for myself, it was the most outrageous, dangerous, and necessary thing I’ve ever done. I wrote about the early years in my previous two books, Buffalo Lights and Taos Soul. The chapters in this volume first appeared at JHFARR.COM from 2010 through early 2016. I’ve edited and arranged them here thematically (not by date) for greater impact.

Since relocating to Taos almost seventeen years ago, we’ve moved at least half a dozen times. During these years, the landlord died, my in-laws died, my mother died, a sister died, a brother died, and Hobbs the Wonder Cat died, too. She who gave me birth went mean and loco by degrees in Arizona, compelling my siblings and me to lock her up and take her money like she feared. (See The Helen Chronicles for more.) The others all went peaceably enough, but my sister’s three-month tailspin broke my heart. As for Taos itself, I met a German woman at a party several years ago, an accomplished chef, who said the best one-word description for the town was “dangerous!” She repeated it twice more on her way out, shaking her head, but of course I understood.

The worst thing one can do regarding Taos is be seduced by marketing and myth. For all the spectacular surroundings and cultural diversity, Taos is anything but “nice.” Its history is wild and violent, laced with suffering and greed. There’s a deep, dark energy in the landscape and the kind of people attracted to such things that ruins you for normal life, not always in a good way. The physical town is a textbook example of unchecked sprawl, lacking proper infrastructure, and expensive. Out-of-place retirees in shiny new Subarus drive up and down the one main street like Wile E. Coyote stepping off a cliff. Realtors and bandits run amok. As a resident of thirty years said recently, “It’s a love/hate relationship for me, but I can’t seem to find another community of misfits I might fit into!”

Never mind, the mountains call. You will not find your grounding here, but in the stars.