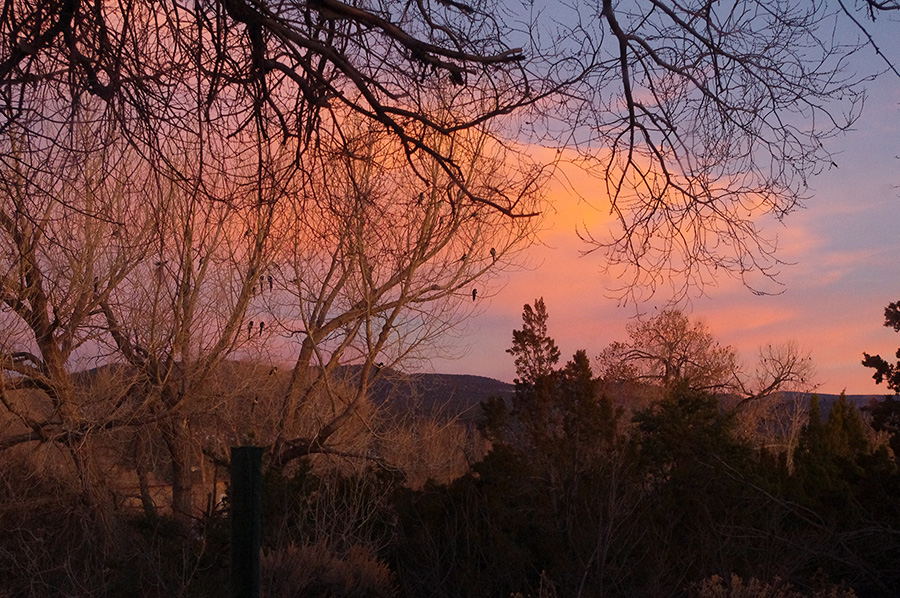 Just a few in this shot, sometimes hundreds at once

Every evening they gather in the nearby cottonwood trees in large flocks before flying up to Miranda Canyon to roost for the night. I call this the “magpie train,” although it might more aptly be called a river of birds. I don’t know where they go, exactly, up in the canyon, or why. It has to be colder up there, except perhaps near the old hot springs—warm springs, actually, almost tepid, but never frozen. I’d have to be waiting until well after dark to learn if that’s where they go, then hike back somehow with a flashlight.

There’s nothing the least bit enticing about being back in the hills after dark, of course. Beyond the canyon, there’s only mountains and forest for miles upon miles. Dirt roads, a few mountain villages, settlements strung along the valleys and such. Mainly one lonely two-lane, folks living lives most of us don’t see. But mostly just Nature, with all that implies.

And somewhere the magpies, asleep in the trees.