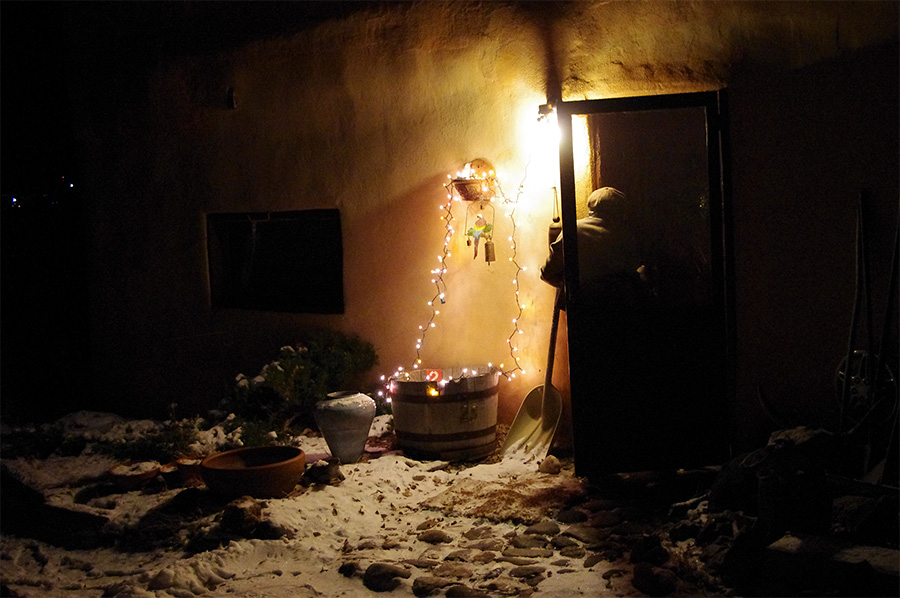 The time of year to keep a shovel by the door

Haven’t been too good at breaking curses lately. Drag me into beauty, fighting all the way. This is after driving to the Plaza to see the crazy Christmas lights. There was no one there a little after dark, and it was startling. I’ll have a picture for you later.

It’s always strange to walk around the plaza looking at the stores. There’s a whole other world, a little urban culture. Very little, obviously, but a completely different scene from out here where the coyotes roam. Some of the shops were open. I would have killed to go inside the Southwestern souvenir places when I was eight. Maybe even now if had the dough. I saw a middle-aged man with a gray face exhaling huge clouds of tobacco smoke in front of one of them. He was dressed like a proprietor, no tourist, and I figured he was on a break. Gray face, though. That isn’t right. I also peered in through a glass door at a little coffee shop I’d never been to. It looked warm and cozy inside, and that struck me.