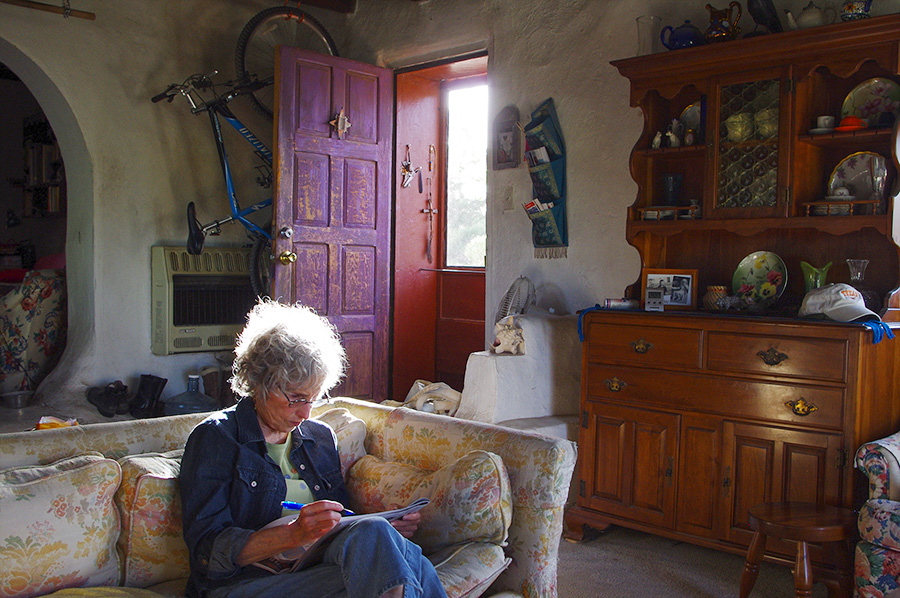 Shake the spiders out and keep on truckin’

It was another beautiful day here in el Norte. The photo was taken in the middle of June, but who cares? My wife is as beautiful as ever, and everything else is still the same. Or is it?

Just yesterday the toilet wouldn’t flush (again), and I had to call Gilbert the Plumber. It had been a short two months since he was last over here to run the snake down through the roof vent into the septic tank, and we were both a bit subdued. This time I’d apparently called while he was sitting at the breakfast table in his pajamas eating cereal, but he made it over just the same—on a Saturday, mind you—which proves how blessed one can be, even in the midst of crisis. The issue is “roots” in the wastewater line, although I massacred and poisoned the guilty Japanese plum tree and lilacs sometime back in April. Maybe I should have used dynamite instead. I have a friend who used to stop his truck along the forest service roads and blow stuff up looking for gold. Talk about going directly after what you want, hoo boy. Anyway, he could have helped. (Now that I think of it, he probably has!)

Later that evening, the lady in the picture read me a traditional Navajo saying: “Coyote is always out there waiting, and coyote is always hungry.” No doubt intended to make us pay attention, there’s also something reassuring in the way it lets one off the hook.