The Price of Breathing 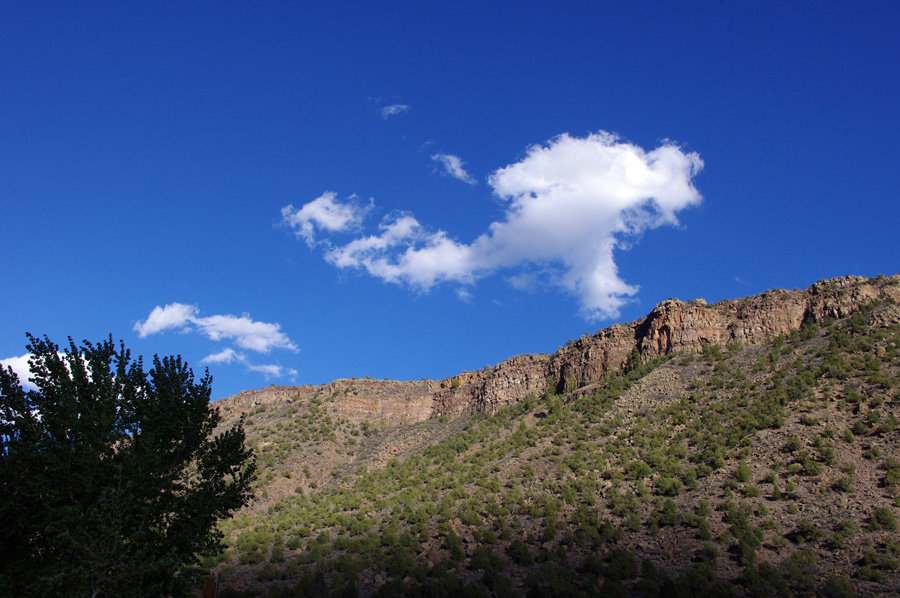 In the canyon of the Rio Grande

A family of coyotes jumped a 22-year-old guy in Boulder County, CO the other night while he was waiting for a bus. He’s okay, but his face and hands are hurting. That’s what they went for, the face, and one wouldn’t let go of his hand.

Coyotes aren’t supposed to bother adult humans. A spokesperson for the state parks and wildlife department said, “When we have adult animals teaching that type of aggressive behavior, that’s a really dangerous thing.” I guess so. There are a hell of a lot of coyotes out there. Some nights it sounds like we’re surrounded by them. If they ever stopped being afraid of us, there’d be a war.

There’s a story in my first book about walking home from a Las Posadas party in San Cristobal, a mountain village north of Taos. It was about 10 °F and perfectly still. I had to hike about two miles up a lonely dirt road packed with snow and ice. About halfway home, a pack of howling coyotes shattered the silence. I couldn’t see them, but they were close and followed me for a while. I don’t remember being scared, but I was certainly, uh, alert… What a quintessential New Mexico experience! First the posadas—oh man, you need to read the book—and then all the way home on the squeaky frozen snow, with stars so bright they hurt your eyes.

There’s another quintessential regional experience. As one of my readers emailed, “So many times your writings on how this place is so fucking brutal when struggling for money, hits me hard. Going crazy here for 10 years myself.” This is true. I always knew it was true, in the abstract, but then I was going to make a zillion dollars “creating content” [kaff, kaff—er, writing] on the Internet.* Who the hell cared?

I see two ways to come at this condition. The first is that there just isn’t anybody here, so to speak. My correspondent lives in Albuquerque, but even there, when you get to edge, it stops! Personally I find this of extraordinary benefit to mind and body. It elevateth the spirit and restoreth the soul. The second is that struggle and brutality are historically normal in these parts. When I realized that this evening, my heart gave a little leap. It’s not my fault, you see, just a feature of the deal. (God, I love New Mexico.)

As a friend of mine just said, “Stay with your heart and this will work itself out.” Even if it doesn’t, baby, look at what I did!