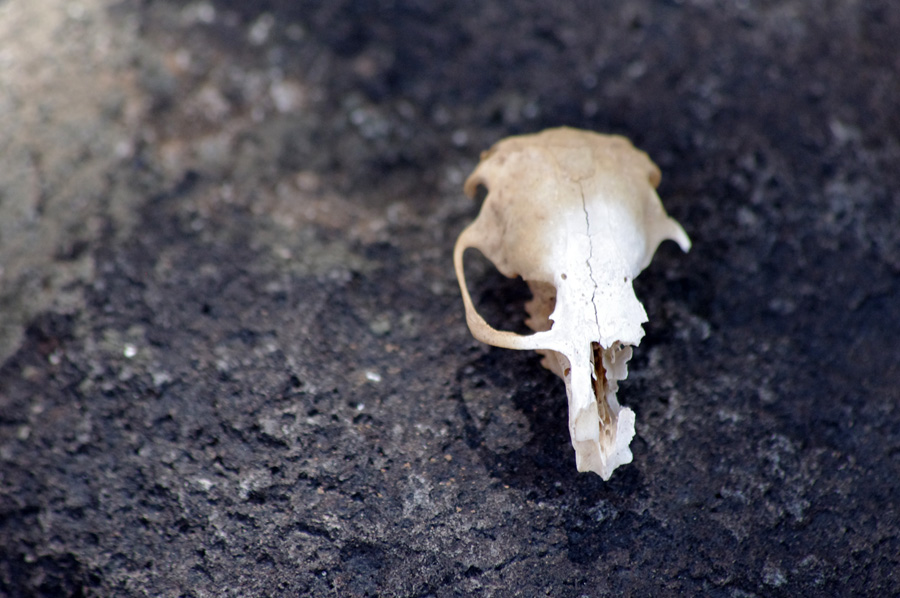 So I’m walking up this arroyo, maybe 12 feet deep, killing time while I wait in vain for those itty-bitty cactus flowers to open, glancing down at my feet for anything cool that might have washed down from the hills—once upon a time—looking up and down the sides where the water cut through, scanning for pot shards, arrowheads, rusty pistols, magic rocks, bones, and there this thing was, poking out of the dirt. You can see how much of it was buried in the wall of the arroyo by the stain. The left cheekbone or whatever it is fell off as soon as I touched it and I didn’t retrieve it. A biodegradable relic for sure.

Now, it may not be “prehistoric.” Hell, it may not even be a rat. But it had to be five feet below the surface, and that’s pretty damn historical. I checked out rat skulls in a Google image search and have to say this fits. It’s about 40 mm long and has the same back teeth. I dug a little more into the side of the arroyo, but I couldn’t find any more bones.