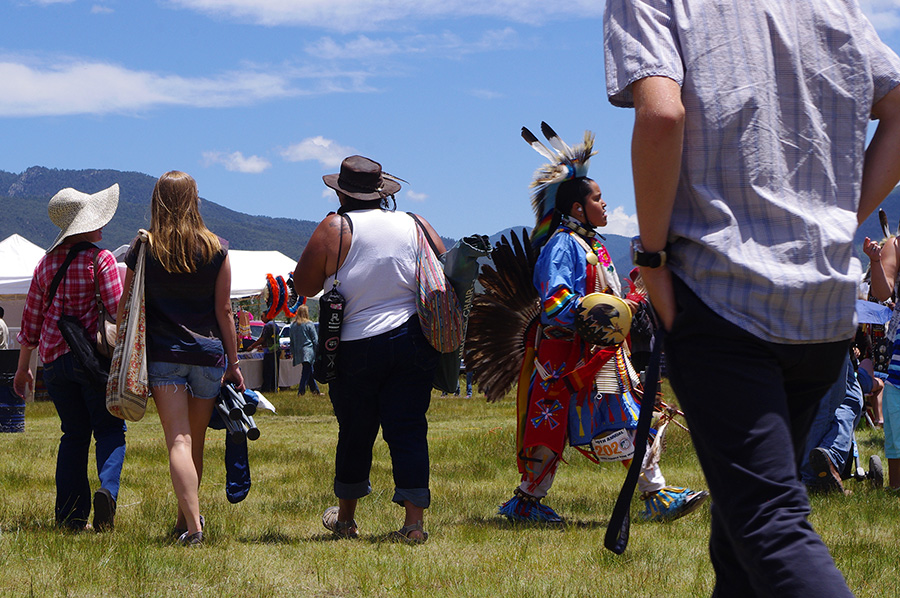 Can’t blame it on the Indians. I’d be happy to, but chthonic spirits did this to me. Drop your guard too many times in fifteen years and look what happens! Remember when a golden eagle snatched a tusa from the field next door in San Cristobal and ate it in the road? (Victory! Great Joy! [...]

Pow-wow announcer studying the program or looking at his phone

Someone was watching me, or was I mistaken? I took a couple of steps to the side and turned away to take a picture. Damn! No, there she was, a short, thin 60-ish woman with curly gray hair and a big rain hat, circling around to peer back at me. It wasn’t raining. I stared [...]

Faces in the Dance 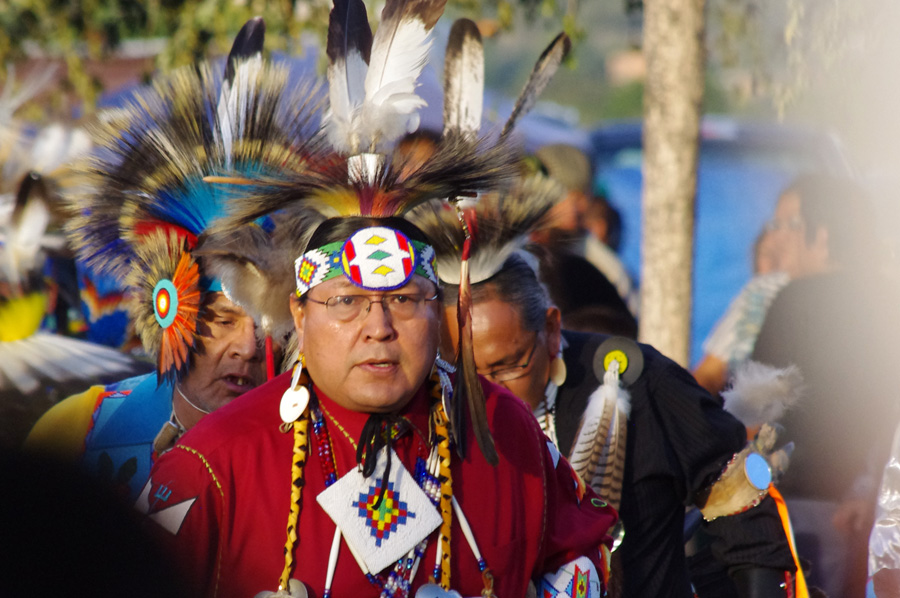 Too many photographers! Shooting between heads, sigh.

This is from the 7:30 p.m. Grand Entry at the 2013 Taos Pueblo Pow-wow. My wife says I don’t like to take pictures of people, but that’s not true: it’s just that I’m shy, and the photos have to be candid ones. This means a lot of sneaky pictures with the telephoto lens. Unfortunately, there [...] 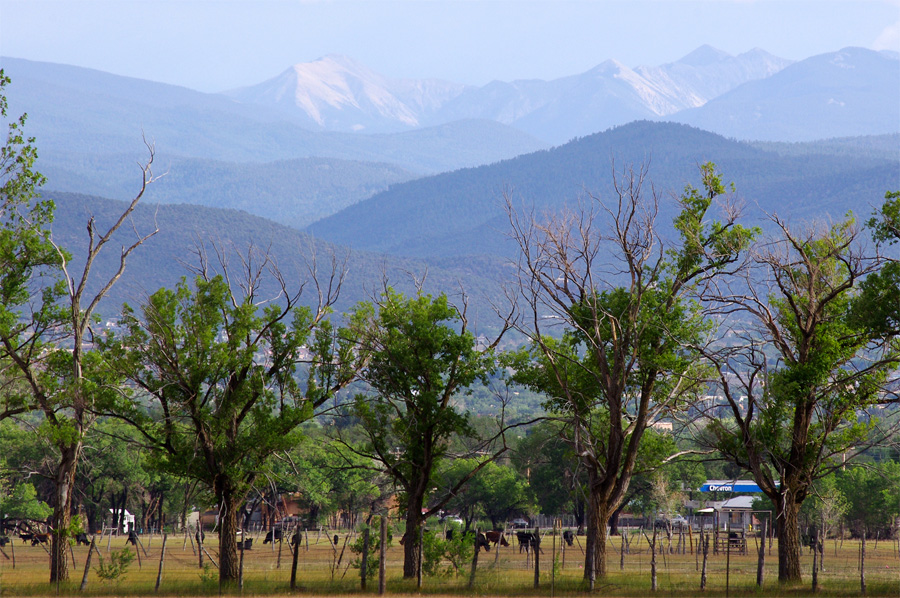 I once saw Lauren Hutton at that now-defunct Chevron station. She wasn’t happy.

This view to the south is from yesterday evening at the Taos Pueblo Pow-wow, which actually takes place in the buffalo pasture. Don’t ask me what they did with them. The pow-wow grounds were dotted with ample evidence of their having been there, though! On the same theme, one of the sponsors of this year’s [...]

Here’s where I was this evening. This quick little movie will give you a taste, at least. I actually blended the grand entry itself with something I thought the announcer said was the “national anthem”—the long clip focused on the one singer—though you won’t hear any Francis Scott Key in there. (Is there a Tiwa [...]