Ashley only, all the way

Say it isn’t so, except it is. At least the good thing about burning piñon, a variety of wood I never even heard about before moving to northern New Mexico, is that it’s so dense, a hefty log laid inside the venerable Ashley hippie hero wood stove from the ’60s will leave a hot pile [...] 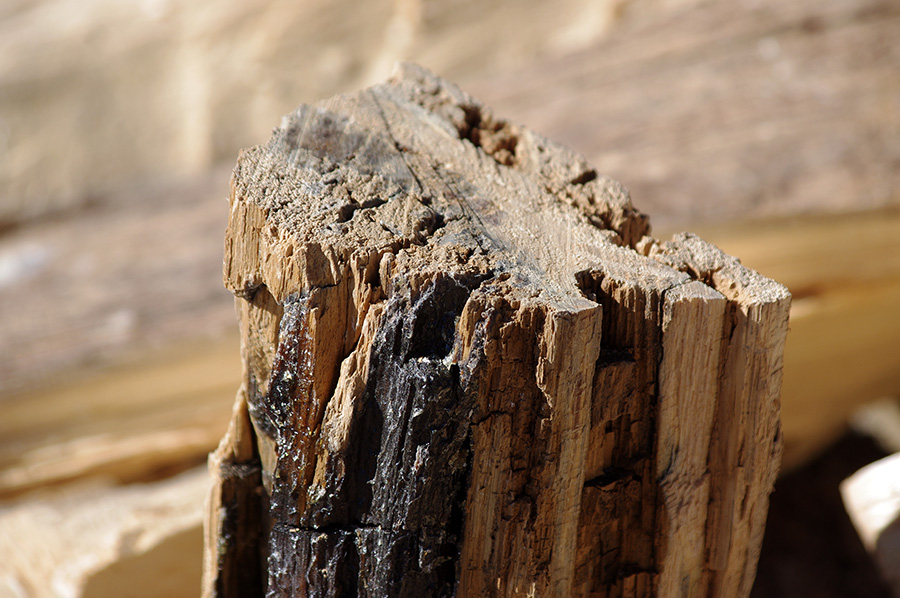 Behold the magic piñon! Do you have any idea what you’re looking at? The dark areas are crystallized resin. You can see it extending in a shallow curve across the cut face of the wood. This particular piece is about five inches wide. It came from the top of a mountain and was probably here [...] 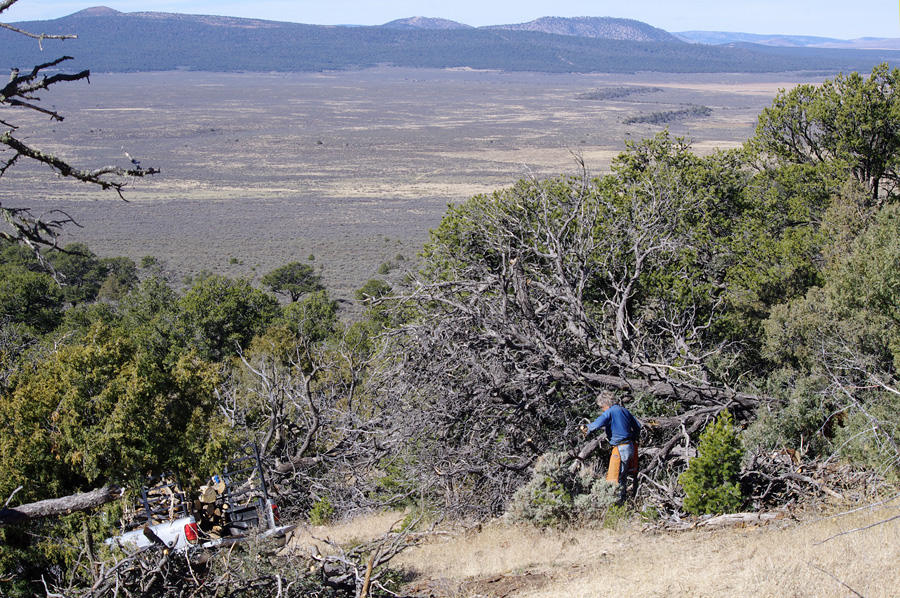 “Another day at the office,” he said. Dang.

Almost eight thousand feet here, somewhere in el Norte, far from anything you’d call a road. Less than thirty miles from where we started, but it took almost an hour and a half. Four and a half million years ago, this was an active volcano. The ground is covered with elk poop, and no wonder: [...]

What we have here is a whole minute of herky-jerky handheld video from the cab of a woodcutter’s truck on its way across the Rio Grande del Norte National Monument. The 4wD Mazda was loaded to the gills with what my friend tells me is over 1,500 pounds of piñon. The video is HD, so [...]