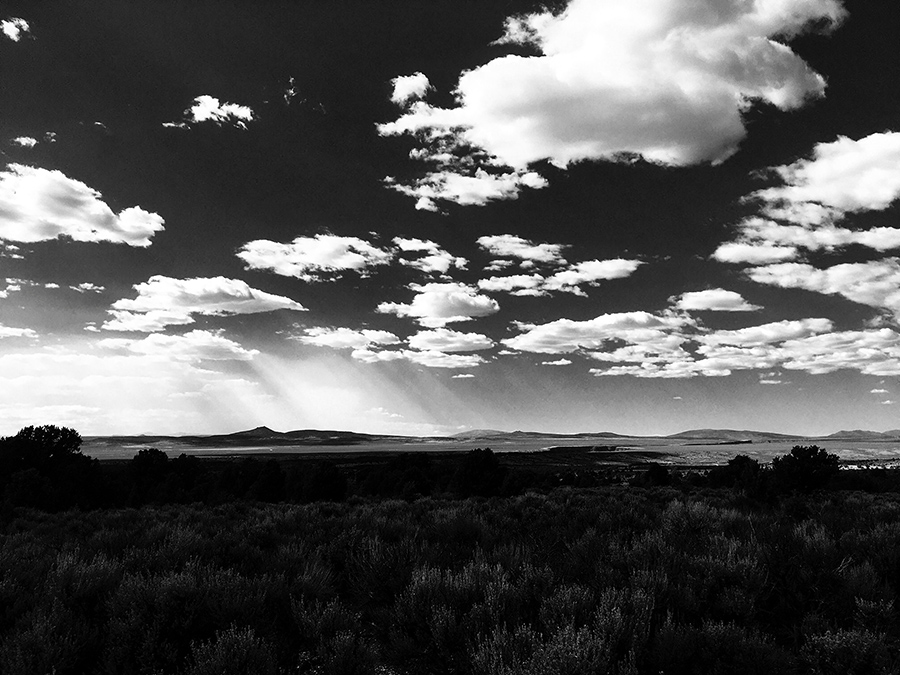 Nothing over there but air. I’m still sleeping on the sheets I changed to on her final weekend when I thought that she’d be coming home. I used to come to bed and run my hand along her hip to let her sleeping self know it was me. Three weeks ago I put an extra blanket on the bed because I wake up cold and crazy. This morning I traced an arm along the outline of her body in my mind. The volume that she occupied, the warmth, her little sounds, the scent and touching reaching out into my brain. The way I’d read her moods, stay in bed a while to hold her or get up to start the day. Tucking in the bottom sheet on her side was impossible at first. I’m already on my knees to do that so the pillow’s right for punching, but I don’t. Food lasts twice as long now. I don’t have to keep the old New Yorkers. There’s all this fucking tea. I have so much to tell her, dammit.

This week was the worst. At least I walked, though. Every other day in fact. The muscles have already snugged up against my knees so they don’t rattle quite as much. 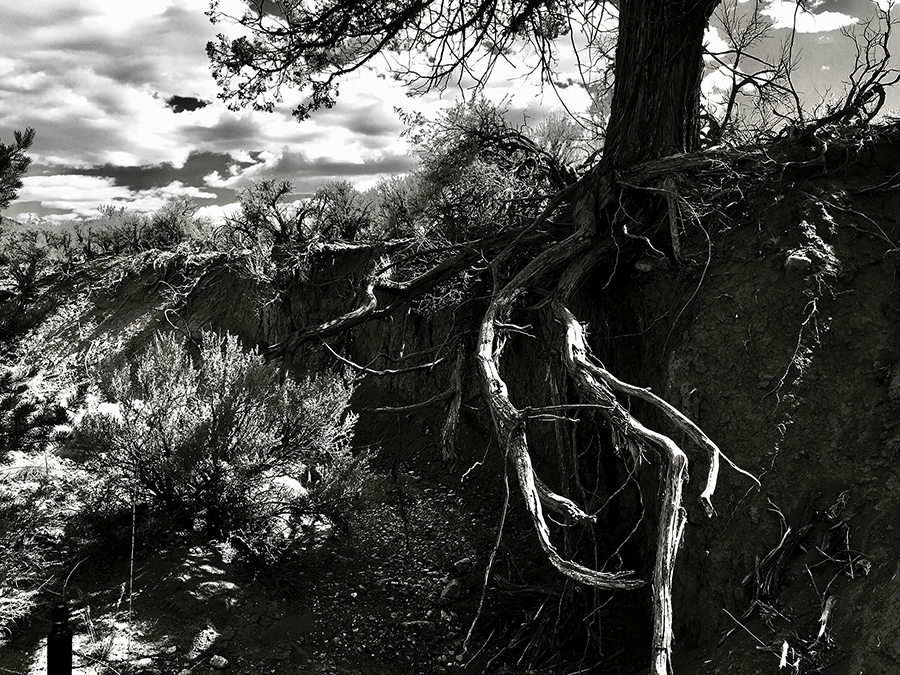 We used to come out to walk the Rift Valley Trail until she started feeling “shaky.” Now I know it was the aneurysm and the blood clot. Maybe she was having mini-strokes the whole time she suspected Parkinson’s, or something else. One of the last days we hiked there she strode out far ahead. No power on earth could slow her down and I lost sight of her. A minute later I came down a steep place where the trail crosses a small arroyo and found her sitting in the path. She wasn’t resting. “Where were you?” she wailed. Her knee was cut and bleeding. She’d badly skinned a shin, and there were gashes on her forearm where she’d tried to break a fall.

“God, what happened? I’m so sorry, look at you, you’re all banged up!”

“The trees closed in on me…”

The trees? They what?

Oh what a dark cold gust blew through my chest.

I’d fallen out there too on longer solitary hikes (not where she had), twice on another isolated stretch in both directions. Both times I felt for sure that something pushed me. I didn’t remember that this afternoon, too scared of what I thought the tree thing meant for her. It would have been a good thing, though, and quieted my heart.

On Monday and Wednesday I stayed on old familiar ground, climbed the hill I measured long ago to know where I should turn around. Maybe too familiar. The place where Kathy fell had always had a feeling to it, years before in fact. On Friday I felt strong when I walked past and then my gumption drained away. Farther on I reached the large arroyo at the bottom of the hill. Long ago I named it “Aster Gulch” for the purple flowers that bloom there if we have a rainy spring. I’d never walked farther up or down it than it took to hide away, but yesterday I wanted to explore. The will was there for that.

You never know where arroyos go unless you give in to the impulse. Eroded banks can give up treasures. Sometimes I find bones. The sand and clay dust in the bottoms hold clear footprints for a while. I followed boot prints, small ones like a woman’s, that quickly disappeared. There were critter dens and not a speck of trash, untrod rocks and silence if I didn’t click my pole against them. The sagebrush scratched my legs and drew a little blood. Somehow that appealed to me.

In places there are stunning boulders smoothed and rounded by primeval floods. Not this time, but I did see tall trees on a ridge line not too far away and decided to climb out. (Carefully, in case I had no cell phone signal.) When I hit the ridge the only thing I saw was miles of sagebrush and piñons, but I knew where I was headed from the mountains and took off, meandering around the vegetation. Five minutes later I was shocked but happy to stumble out onto the trail.

Amazing when that happens, and you’re almost home again. 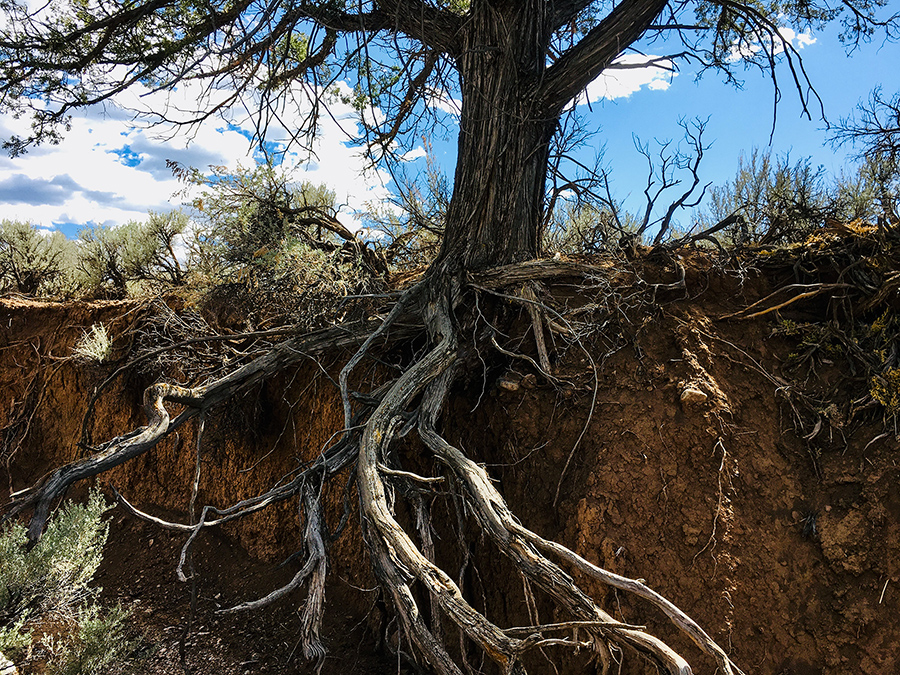