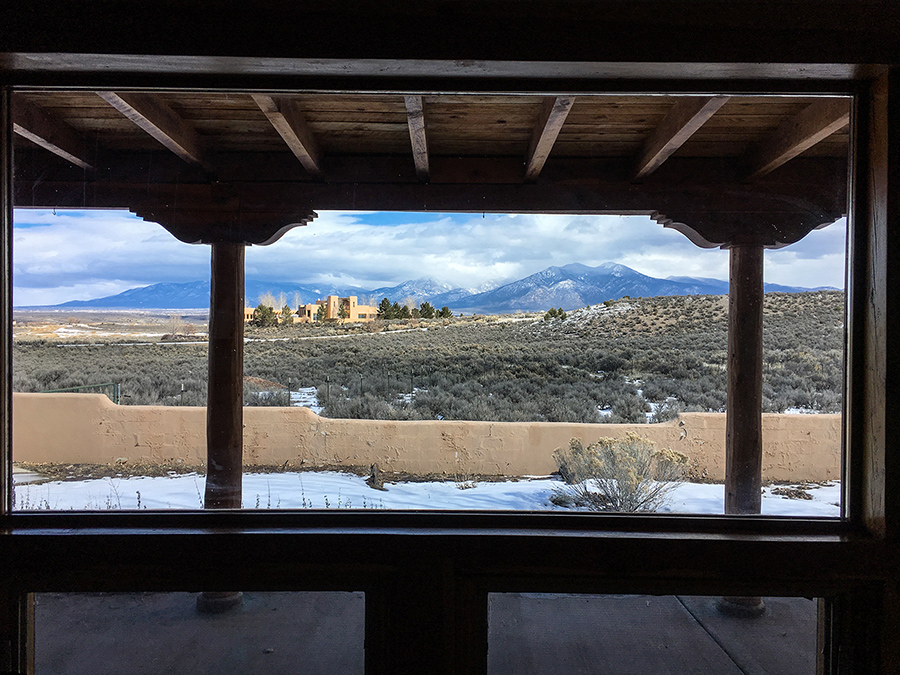 It isn’t all exactly bad

Behold the view from a foreclosure we saw recently. If it only cost a third less, selling the Bugatti might just get us there, except for all the water damage—probably needs a new roof, oy. Foreclosures are weird, too. In this case the seller sets a price that lasts a month, only takes bids above that, then accepts the highest after thirty days. In the absence of any bids, the price goes down another fifty (!) grand like it just did, and then you wait another month. No telling how that goes. There must be investors with offers set to kick in when these places hit a certain price point. Anyway, we dug the scenery, and there’s a couple acres fenced for raising something cool that might eat sagebrush. Nice neighborhood. (The hovel in the background has four garage bays.) I’m more a farmhouse-on-the-hilltop kinda guy, but let’s just take things as they come.

Last night before dinner I was rambling on interminably, driving she-who-loves-me half insane. I was critical of my work and how if there weren’t so much chaos in our life, I might relax enough to find my muse again. The odds were miniscule, but still. Too late I sensed a clenching of the force.

“Is this what you really want to do?”

Which soon devolved to money. Amazingly, she wasn’t worried. That only happens when she opens up her checkbook. The rest of the time, she thinks that running at a happy door will make it open. I am a very lucky man.

“So what’s your writing plan?”

“I don’t have one, dammit! That stuff never works with me.”

“I have this crazy thought off the top of my head: why don’t you just quit, say that you’re retired, and have a good time?”

That didn’t make me mad so much as take me by surprise.

“How can I do that?” I said. “I want to be successful. I know I have it in me. We’ve been lucky, but there’s not enough to live on and it isn’t going to last.” [Insert morbid recitation of my sins, more money rants, relocation fantasies, gratuitous insults, self-pitying excrescences, bluster, thoughts of how to make the last half hour go away…]

By now the mood was edging into grim. She was right, though. So was I. Who knows how we moved on to soup and Rachel Maddow—practice, probably—but we did.

After she went to bed, I meditated on “retirement.” I wanted to. It had a certain ring, a sense of recognition and reward. Artists never quit, of course, and that’s not what she meant. She hasn’t quit except for teaching and plays her piano many hours every week. Suggesting I “retire” was an act of love that spoke to years of beating up on myself like I’d been trained, an invitation to abandon guilt, even in the face of our uncertainty about the future. In fact, she’s never demanded I earn money. That’s all up to me. The kindness of this stance is startling, as if a mother I never knew had stroked my forehead as I lay in bed and told me to sleep in on a lazy summer morning… My real mother used to splash cold water on my face to wake me up on Saturday so I would do my chores. “Holding up your end of the family,” was how the old man put it.

And then the looming rockslide in my psyche shifted slightly. I heard the pebbles sifting down between the stones. What if I retired from my life, at least the way I’ve lived it?

What if I retired from the struggle and slipped into who I really am?