Truck Ride with the Magic Dress 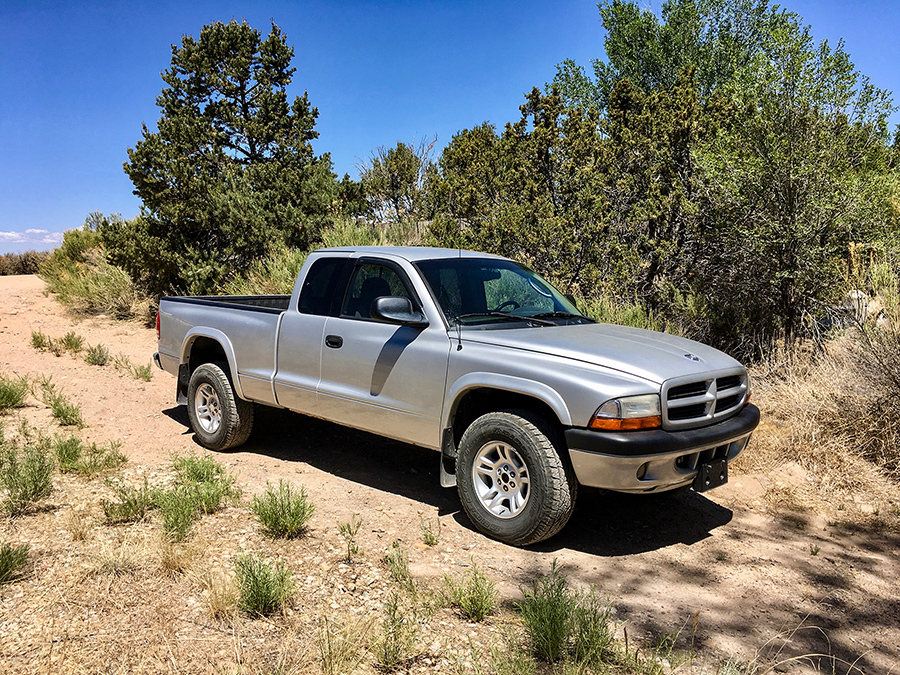 More than just a truck you know

It was long, a kind of dark gray (“black”) speckled fabric, sleeveless, reaching to her ankles. She wore it often back in Maryland and afterwards, when she was teaching, too, I think, but it was long gone in our movings, cleanings, and impulsive weeding of possessions that were spoiled and no longer right. I remember her in it with her sandals and the pretty hat, the straw one with the wide brim and the yellow ribbon, the one she still wears on warm days, her signature, her love. Both the hat and dress had come from a little store in our old home town run by a friend of ours. Shopping was a matter of walking several blocks along treed streets and dropping in, like visiting a member of your family and leaving with a gift. The other day she declared out of the blue, “It’s important to remember who we are!” I heard this as a cry or prayer that stretched across the years—almost simultaneously she mentioned that she’d tried to find the dress again and failed.

That wasn’t a surprise. What was came the next morning, when she said that she had looked again and found it, finally, after all this time—a miracle!—and put it on to boot. The way we live means books and clothes can lie around in stacks, rolled up in drawers, covered from the dust or not, “why bother” in the twilight zone between depression and good sense. But there it was and so was she. The apparition shimmered, radiating hope. When that dress was a common sight, we had a home and money coming in like clockwork. I was just as lost as ever but it didn’t matter because we were safe and stable on our two and a half acres in the country, in a house we owned with all our things. She has a studio four miles away now. In the old days, I’d fall asleep in the cool air of the screen porch while she played piano just two rooms away.

It being Wednesday, I had business: “Would you like to ride in the truck to go buy lotto tickets?” My thing, usually a solo trip, but this time she said yes. I always take the truck because it sounds so good. She wore the black dress and her sandals and the big straw hat.

The air was wonderful the way it is here, cool and dry despite the brilliant sun at 7,000 feet. We rolled the windows down and rumbled slowly past the dogs and dead cars and the trailers, gravel crunching underneath the tires, to the pavement and the highway with the mini mart where I buy gas and gamble twice a week. I almost never play the radio in the Dodge, but now I did. A local hippie station in a trailer out behind a brew pub on the mesa hit me with the Beach Boys while her daddy took the T-Bird away, then followed up with Cream and something else I hadn’t heard for fifty years. I felt like we were on a date. The breeze rippled across the long black dress, the V-8 throbbed, the sunlight sparkled on the leaves and cars and buildings. I pulled to a stop at the red light by the Ranchos P.O. and didn’t mind, because I knew I’d get to push the pedal down again and hear the dual exhausts on green. The big thing, though, was what I felt at that exact moment, a time and space warp of “all right.” I felt okay, like I belonged right there, and it was summer and just fine. I haven’t been like that for decades and was high for hours afterwards.

She held my hand that night while we watched Maddow on my laptop, her skin so soft and warm it almost startled me. What came across was gratitude, and where the bloody hell has this poor bastard been?