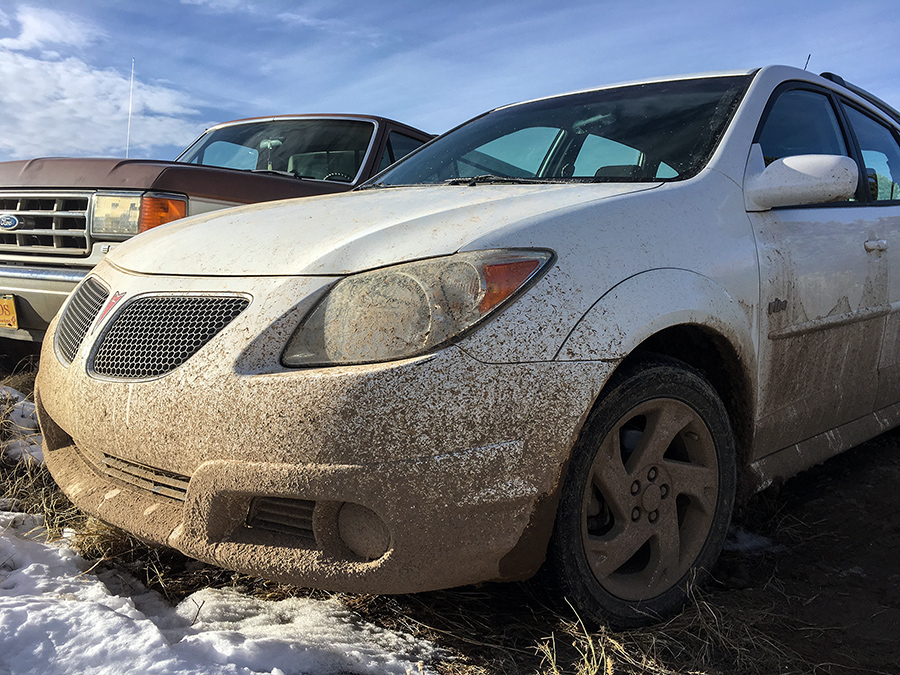 Drove into town today to buy weird things to eat before the colonoscopy. Oh yeah, that’s happening—figured I’d jump on it now before the bastards screw up Medicare. You can guess the condition of the road. By that I mean the whole other dimension between us and the pavement. The holes are almost big enough to drive into and out of. Can’t imagine Mountain Moving & Storage sending their truck down that thing, even if we were ready, which we’re not. It’d be like those old Western movies where the Indians spook the horses on the wagon train. The preacher’s wagon hits a boulder, flips, and dumps his family in the dirt. Camera zooms down on a lady’s locket with a broken chain. A small girl screams. War whoops. Gunshots. Horses whinnying.

After midnight and it’s snowing now, a strong wind pushing it into drifts. We won’t be going anywhere tomorrow. I went up on the roof today to check the chimney—hard to imagine that right now—because the wood stove wasn’t drawing air the way it should. That usually means it needs a hippie chimney cleaning with a big long pole to knock the soot down. The piñon we used to burn would start to clog it in a week! This red fir (and something else) I have right now hardly soots up the pipe at all, though, and there was nothing for me to do but be amazed at all the branches on the roof. One of them is too big for me to lift.

I remember when it fell. That was the morning we not only couldn’t leave the ranch but but lost our Internet connection. We get TaosNet wireless from an antenna on the roof. I spent about an hour running diagnostic tests, comparing all devices, on and on, and then remembered to try AirPort Utility. In just a few seconds, it told me the ethernet cable was disconnected. Oho, the one that runs from the antenna to the router. The Apple Extreme base station was obviously hooked up, so that meant the roof. It’s never fun to climb a ladder in the snow, especially when the temperature is in the teens. But hey, the Internet, come on.

When I got up there, I discovered that the very teeny-tiny tip of that same huge dead branch had indeed just managed to snag the cable and pull it loose from the antenna. The ethernet port was down inside a plastic cover that was frozen shut. I ended up fetching a glass of water to thaw it open, pushed the cable into place, and got the Internet back up so I could read and freak out instead of writing. A day like any other, although cold. But I was proud enough to email the head man at our local ISP and tell him what I’d done and how I’d saved his guys a service call. He loved it, naturally, and I was back on Twitter.

It’s almost two a.m. now. When I open the door, the wind has that faraway moaning sound that tells me this has legs. Time to take a bath and go to bed and let it come. The procedure is on Thursday and the same applies. Every day a testing on the wild frontier!