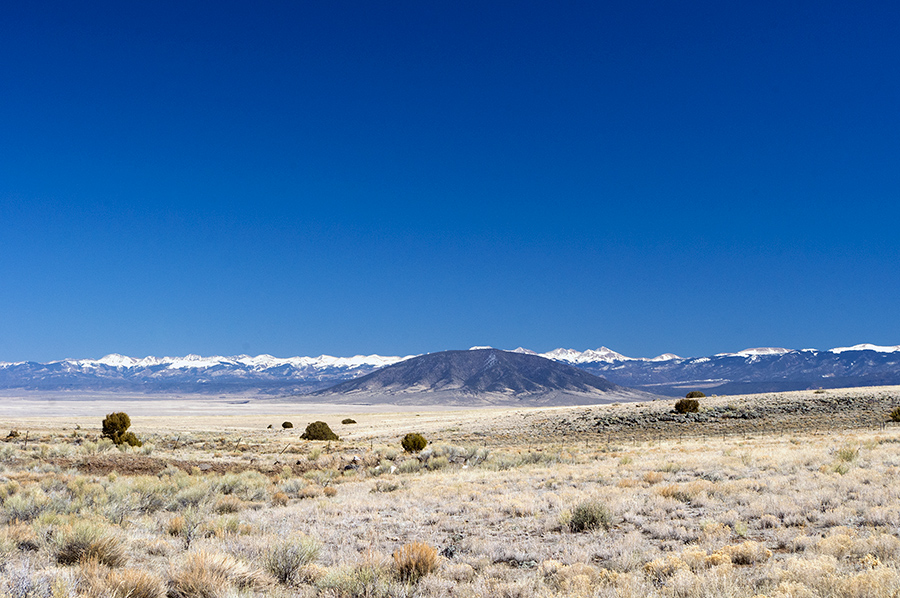 We saw antelope on the way back

That’s what it looks like in northern Taos County, with southern Colorado about ten minutes away. Take extra care up here. It’s baseball-bat-to-the-head bizarre. There’s an alligator farm just up the road. The gators live in pools fed by geothermally heated artesian wells. Free hot water! What else would you do with it, right? The little towns have legal marijuana stores. The area is a hotbed of UFO sightings and cattle mutilations. People don’t talk about it much for some reason, but I know a journalist who used to work that beat. He told me he once saw a dead cow in a tree.

This is basically the drive north from Taos after you connect with U.S. 285 at Tres Piedras. That first view of the range of jagged snow-capped mountains behind the old volcano is a shocker. Pretty much everything you’re looking at except the mountains is included in the Rio Grande del Norte National Monument now, thank you President Obama. I took this picture from the base of an even larger extinct volcano, San Antonio Mountain. It’s a powerful damn place.