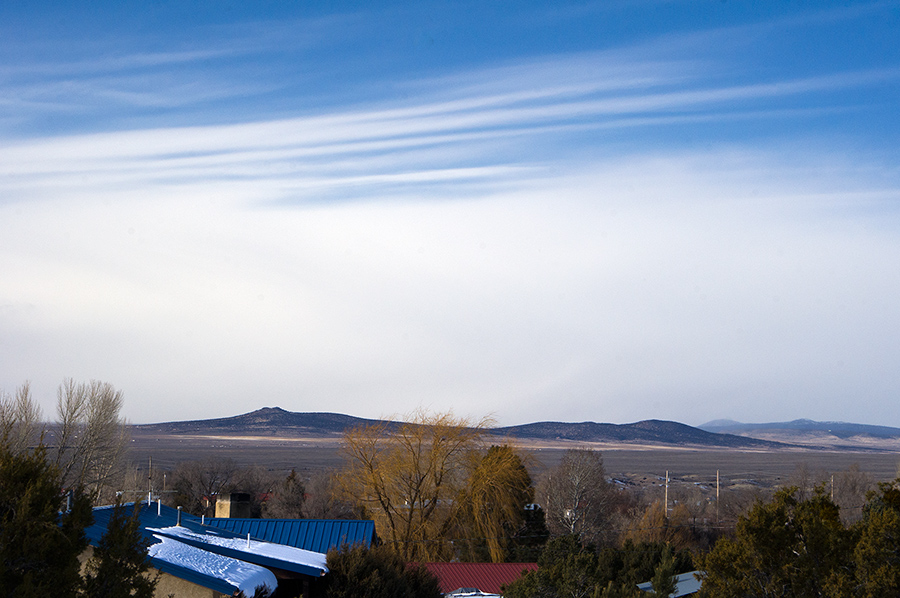 Very cold and windy when this was taken

God gave me this photograph. I never planned the thing that makes it special, which I’m not going to say, so I guess whatever I do mention, ain’t it.

The white band in the middle, for instance, is actually a ground-hugging cloud of snow moving in from the west in a very strong wind. As such, it’s not part of the same sky background as the white streaks above but actually much closer to the viewer. Its upper margins are so diffused, the snow blends perfectly with the distant sky. If you follow the mountains from left to right—they’re actually volcanoes—you can see some light snow between the second and third ranges. Somewhere behind that one is a much taller peak we can’t see here, an extinct volcano over ten thousand feet high, completely obscured by the snow.

Judging by the time (12:26 a.m.), I’ve made it all the way to Christmas. For a while there, it was touch-and-go. Have a fine, exciting holiday, and onward through the fog.