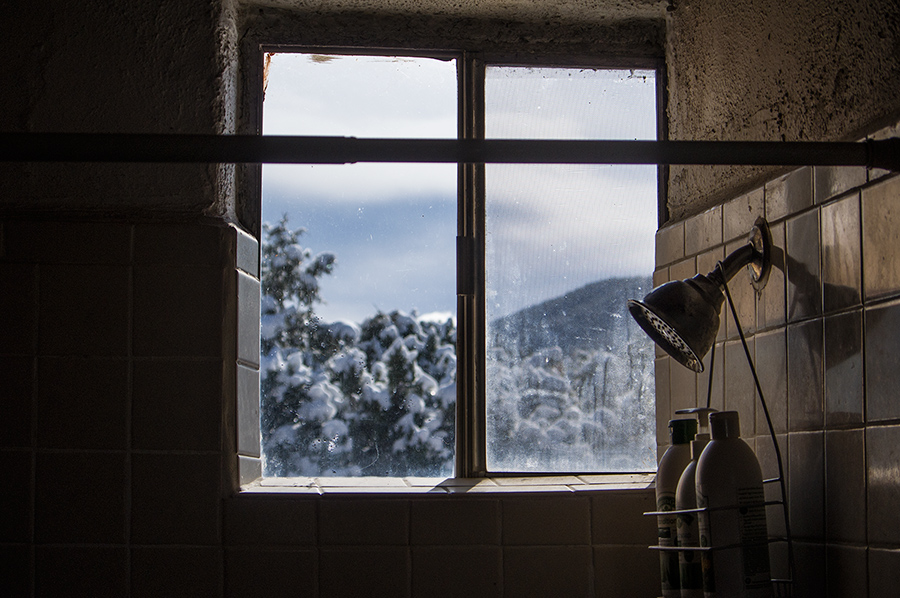 Shower if you got ’em

It looks as if her beloved nascimiento (nativity scene) may have fallen from the car as we were retrieving Christmas boxes from the storage unit. The sucker had better be there still tomorrow when I heave that nasty door back open. Of course, I did forget to close the hatchback, which took about a quarter mile to figure out, but I didn’t think I’d lost a box. Traffic was pretty heavy and we didn’t turn around. It wasn’t clear that anything was gone, we hadn’t heard a sound, and so on. If it did fall out, maybe it landed inside the fence and someone took it to the office. Better yet, it never made it to the car.

My mother bought the set for my wife in Nogales in the early days when she was nice, before the crazy settled in. It’s something of a touchstone of a better time, and I remember the outing well. My wife and I had flown to Tucson for a visit, probably at Christmas, and my father had driven us all to Nogales to buy cheap booze and take us to lunch at a seafood restaurant. I had pescado al mojo de ajo. Probably everyone did. The best part was scoring several liters of top quality tequila and mescal for about four dollars each at the supermercado and a little hole-in-the-wall place that was practically giving away Hornitos. On the way back to the border—in Nogales it was at the end of the block—my wife and my mother went into a little shop and came out with the nascimiento. My honey was beaming and does every year, taking the clay figurines out for Christmas and arranging them just so.

Hauling the goods back to Maryland was easy inside my carry-on bag. Not too many years later I was on another airplane from Tucson to Maryland with the old man’s ashes in a carry-on bag on the floor, writing a song about his dying in my head. Much simpler times they were, richer than I knew, and none of those days will be back again.