Don’t Let ‘Em Out at Sunset 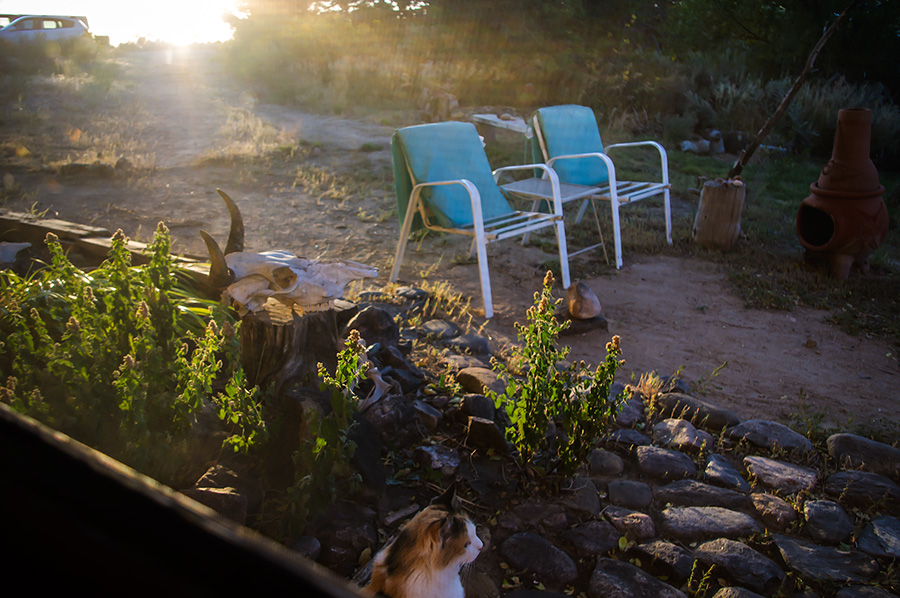 This one’s been known to push it

We had a cat named Clementine once. She was a beautiful short-haired blue-black kitty with dark chocolate colored skin on the bottom of her paws. “Bad to the bone,” I always said of her. We lived out in the country on the Eastern Shore of Maryland. One evening she wanted to go out at sunset something fierce. What could happen? We had several acres, the grass was mowed. It wasn’t like a wilderness, exactly. So we let her out, and that was that. Neither of us saw or heard a thing, and she never came back.

I looked for her for weeks. I walked or biked the little country roads and checked the ditches. I hunted up and down the hedgerow along our property and way back in the woods, listening and calling. With or without permission, I prowled through neighbors’ old abandoned barns, expecting to find a corpse or skeleton I’d be able to identify from the faded purple collar. Months later I’d go drive around the nearby village, looking into people’s yards to see if anyone had stolen her. Several years after all this, I did find a cat’s skull underneath a bush—how often does that happen?—but just the head, no other bones, and certainly no collar. It could have been her, it could have been anything. Maybe she got eaten by a fox or torn up by a pack of dogs.

The thing about Clementine was, she’d let you play with her feet. I especially liked to squeeze her paws just so and make her claws extend—she thought it was the grandest thing and purred and purred beside me. Those were the days I used to stretch out on the sofa and watch TV for hours. (If only I could have known how my perception of that time would be affected by the years!)

Who wouldn’t want to roam at sunset, though? So many things to eat you, make you feel alive.