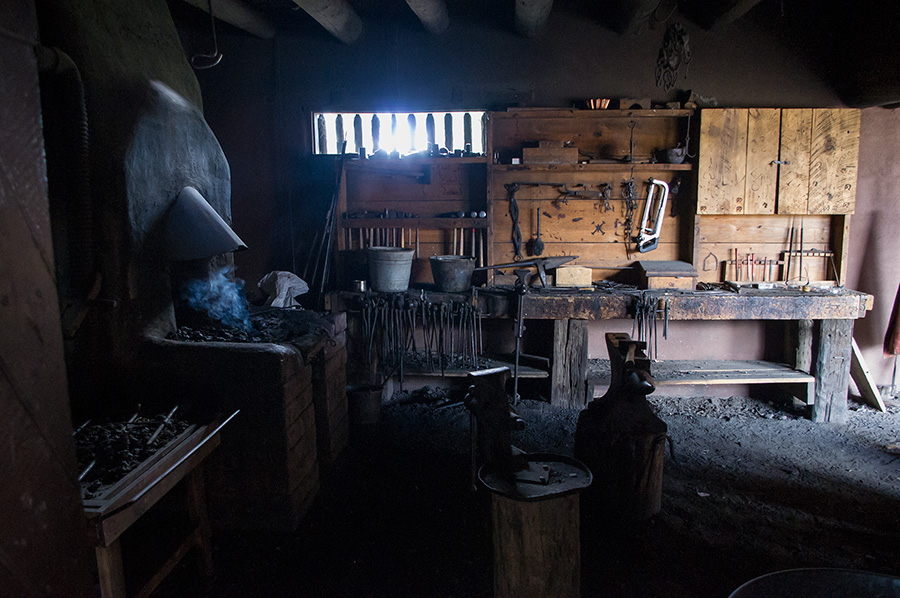 Blacksmith shop at the Kit Carson Museum in Rayado, NM

For weeks now at five o’clock or so most days, my wife’s been saying, with an incredulous look on her face, “Man, I am so knocked out!” Lately it’s been catching and I feel it, too. At first I blamed my nap lust on the ragweed. I tend to leave it growing much too long because, well hey, we’re in a frickin desert and it’s green, you know. But that wasn’t it. I cut most of it down and nothing changed.

The wet summer in northern New Mexico has caused every bush, tree, shrub, flower, and weeds of every kind to flourish. The place is so green, it hurts. Everything is throwing out pollen. You can’t escape. That has to be the deal, right? But it isn’t where we landed.

A couple of nights ago, she said she felt not only tired but “funny.” Again, I knew the drill but had a sense it had something to do with our lives. Her life, my life, maybe everybody’s. Then tonight, more words: “I’m so exhausted,” she said, “like I’ve just been through something so enormous…”

“The end of empire,” I offered. “The American empire. How we live, the old ways breaking down.” Of which there are signs abounding, but it was more than that, much more. “The end of an era, absolutely.” I didn’t know exactly what that meant or what to pin it on, but that felt right, like something far away was over and the news had only just now washed up on the shore.