Juan del Llano and the Arroyo of Everlasting Light 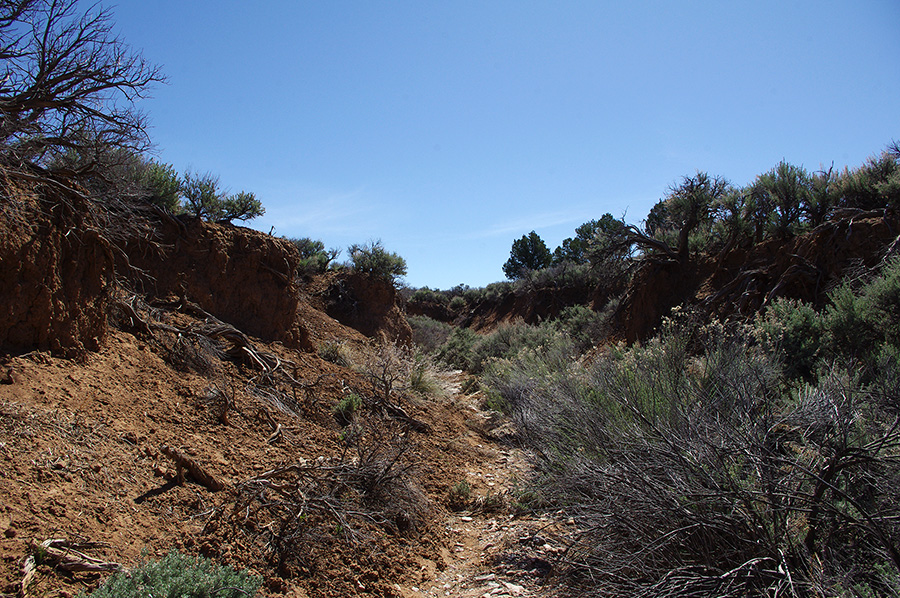 No, really »Buy This Photo!«

The way was tight, but Juan del Llano persevered, stepping over clumps of cactus and sharp edges of broken sage to plant his boots in unmarked golden sand. It was precisely this that drew him to explore such places, quiet, mysterious, and protected, where secret magic dwelt. In that way there was always something precious and held back, shining just around the bend, where one only had to tread but hadn’t yet.

Whether looking at his feet or at the face of the eroded banks, Juan could read a little of the record of the past. Looking up, he saw five feet of dark brown dirt above a tight layer of water-smoothed stones—river rocks for sure, from however many millennia ago that much fresh water roared down from on high, if the mountains were even there. Juan paused to take this in but couldn’t, not at first. He was walking in the desert. Agua was a concept for the brave.

Farther on he found a burrow entrance, too high up to peer into but large enough to give him pause. There was never any way to know what might come out to meet him or be lurking just within. He imagined a coyote family, rabid skunks, or perhaps a tiny little old man in a dirty sweatshirt screaming curses. Anything was possible, even treasure or a burial site. An eighty-year-old hippie artist Juan knew had once dug up an ancient shaman’s grave with intact pottery and other wonders on his homestead in the foothills south of town—he took the skull and artifacts inside, then one night realized the head was his from another lifetime and reburied everything the next day.

Juan kept walking and watched his thoughts. He probably would have kept the bones, he told himself, and wished that he could find some. In his mind’s eye, a broad and shallow prehistoric river fed by melting snow poured across the plain and rattled all the stones. The thing that hadn’t happened shimmered in his heart an instant and lay dark but didn’t go away. Eventually around a turn, he saw a rough path worn into the bank—coyotes, likely—and climbed out to the trail.

That night he slept without the talking in his head. The next morning when he kissed his wife, the coolness of her upper lip was an electric shock that tickled all day long.