There’s Something in the Roof 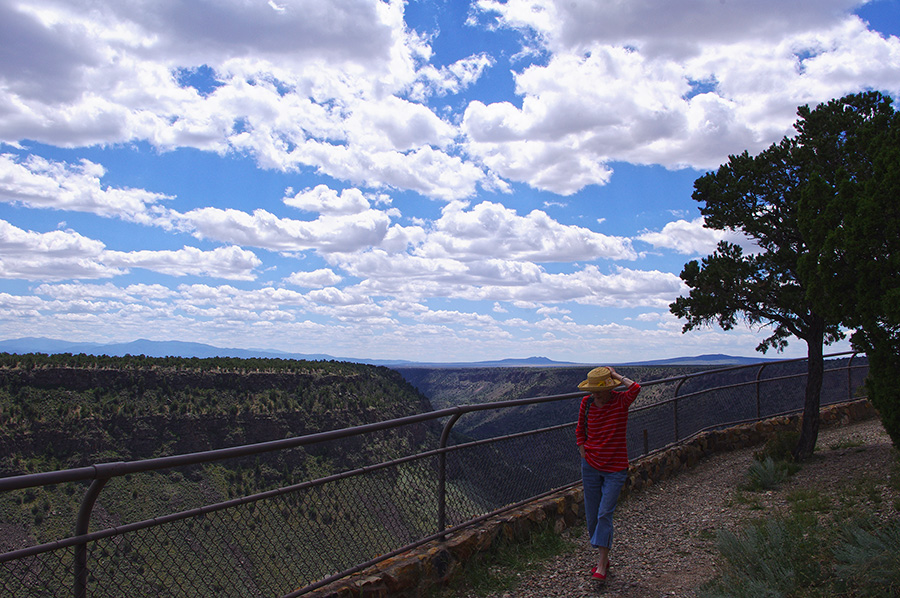 I heard it while I was in the bathroom. It sounded awfully loud, like a small hoofed animal running back and forth, but of course that can’t be right. The roof on this old adobe is actually a double roof with insulation in between, except maybe not over the bathroom, eh? Even so, the creature would have to be no more than a foot high. So much for the hooves, but it was loud.

Maybe the thing was outside, though. Not inside the actual roof but on it, like a squirrel in little combat boots. That would do it. I raised the old aluminum ladder outside and climbed up so I could see. Nothing but the goddamn cat sprawled out on the skylight like she owned the place! So that was where she hides out. Nice breeze, Taos Mountain in the sun across the valley. That cat was enjoying quite the view.

It was also time for her to come in so I said “here-kitty-kitty” and she ran away, of course. Fortunately that was down the elm tree and in the back door. I looked around to find the shoes she must put on to drive me crazy, but I didn’t find them. Nothing but piles of elm twigs and the filthy stick I use to knock soot down the chimney.

Yes, but what’s this have to do with a pretty lady dressed in red and blue, holding her hat on in the wind by the confluence of the Red River and the Rio Grande? Nothing, except it helps me forget about the roof. (I’m sure you understand.) Besides, she hasn’t heard the alien goat people overhead, so it’s all good.