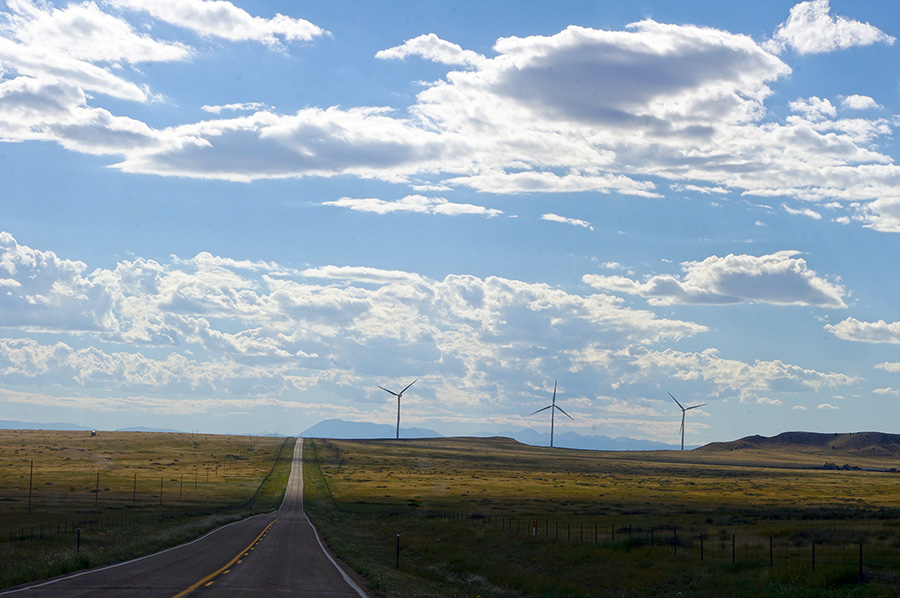 Huerfano County? Look it up sometime, and read about the Ludlow Massacre. This is Colorado Highway 10 again, heading west toward Walsenburg. Note the ridiculous heavy traffic at a little after four o’clock in the afternoon! From here to Taos is about two and a half hours if you’re moving fast. La Veta Pass, mentioned in the previous post, is roughly forty minutes distant.

Try to imagine the endless sea-of-grass prairie that originally covered this area. Think about the settlers going mad from lack of any landmarks, and what they must have felt when they finally saw the Rockies. I have these experiences every time I’m in these places. It’s hard for me to believe most people don’t, but I’m fairly certain that’s the case since no one I know or read about ever mentions it.

(Nobody ever mentions the Ludlow Massacre, either. I wonder why?)