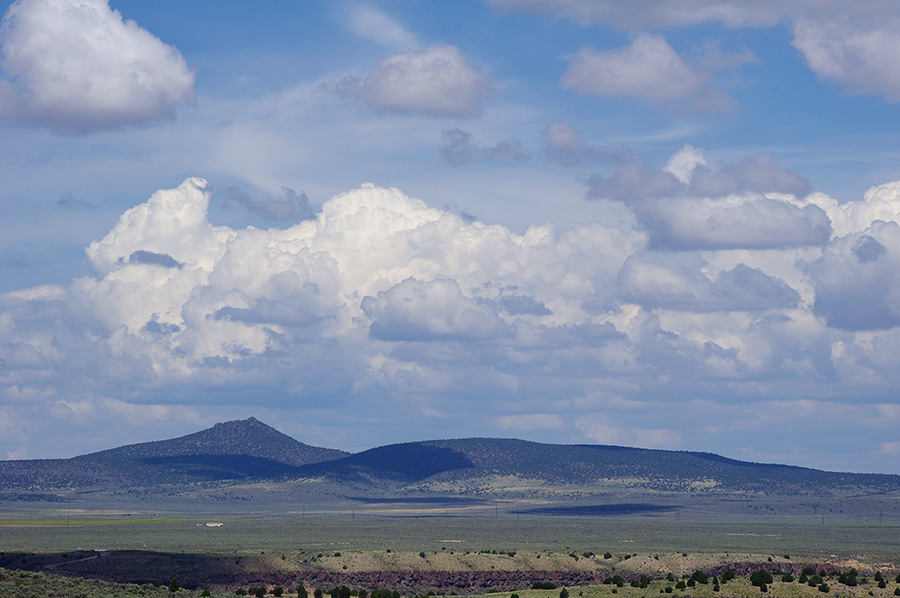 The new glasses were amazing. Sharp and clear with unscratched polarized clip-ons. I felt like I could see forever. Maybe I could. Five years with the old pair and the old prescription. The glasses cost five hundred twenty-five dollars back then, too. The new ones were from across the ocean somewhere and cost seventy-five. Older eyes don’t change that much, but five years is five years. Maybe I could start off fresh like nothing else had ever happened.

It was good to go out in the morning. The monsoon clouds were heavy-wet, already starting to blossom. In less than half an hour the anvil tops were streaking out ahead of what were now a string of full-fledged storms some forty miles away. The whole sky was alive! That’s the thing about New Mexico, the universe of air. You see so much, the clouds appear to move in all directions. Anything is possible.

A friend sent me a photo of what could be pre-Clovis stone points from an arroyo on his land. Recent rains had made a new cut in the Earth. There was an archeological survey. He told me, thusly, exactly in this way:

Juan
working these portals of spacial abstracts can be very freeing
opening, honoring, and letting go of ancient concepts of meaning while in form
really really freeing
laughing with those who came before frees them as well
attempted understanding of their experiences without judgement
feels so good

I don’t care where I’ve been, and I’m not running any more.