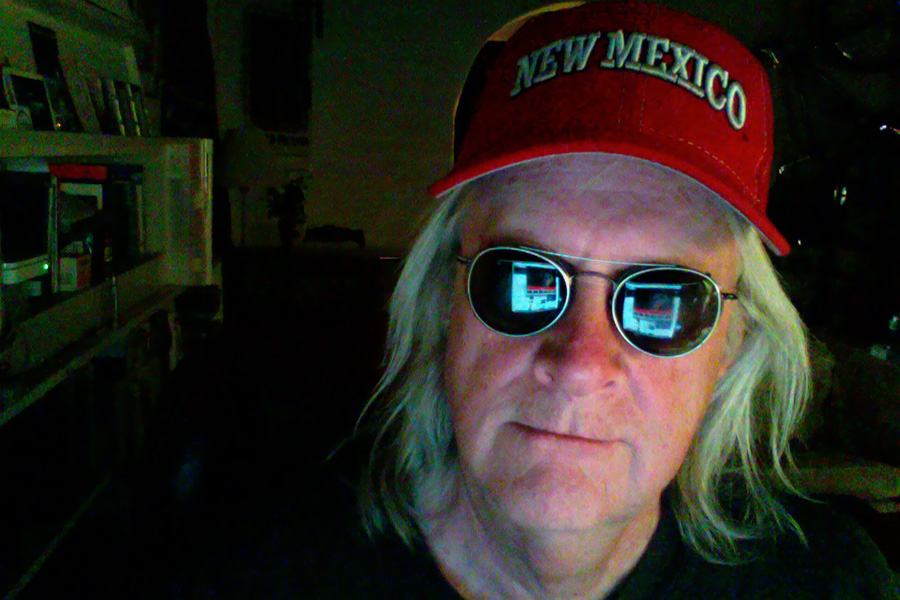 Had to go all the way to Albuquerque for this, I’ll have you know

As you can see, I’ve got the hat, and now I’ll always know just where I am. I wasn’t wearing it the last time I hiked—much too new to get it sweaty—and as it turned out, I covered half of the outbound leg without even realizing it!

What I’m saying is, I found myself in a certain spot and couldn’t remember what happened to most of the last mile. You might say I spaced out, but that would be unkind. (Thinking. I was thinking.) In any case, it’s good to be able to transcend time and distance like that. Teaches you about the universe and all. I doubt it would have happened if I’d been wearing this great hat, however, and that’s another reason I won’t use it on the trail just yet.

In other news, I’ll have a new book coming out in just a few days, I hope. It’s something from the recent past that I’ve put together called The HELEN CHRONICLES: When Your Mother Falls Apart, and everyone will want a copy. Hell, Oprah’s going to eat it up. About forty blog posts from one of the worst and best periods of my life, pretty relevant now too, what with all the boomers’ parents blowing up. By the time I’m that old, the government will just issue everybody over eighty wingsuits and directions to a cliff.

Moving right along, this frees me to take up another partly-finished project. Can’t talk about this one now, I’ve already told my wife and one good friend and that’s too much. It’s fiction, though, and nothing to do with my real life. What I have so far is even funny! (Is that at all redundant?)

That about wraps it up for now, except that my wife spent several hours today reading Fat Freddy’s Cat cartoons and laughing and has no idea how tickled pink I am. I also just received the Wonder Wart-Hog book. That one may be a steeper climb for someone who probably never read a comic book (she didn’t know that “Hog of Steel” was a take-off on the you-know-who bit), but she plays Chopin with her own bare hands, so who am I to judge.