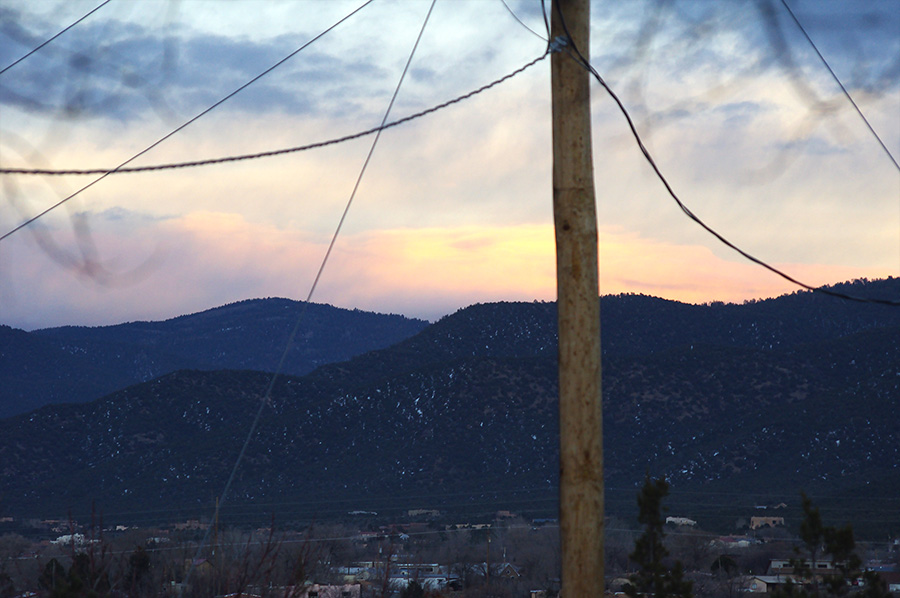 There’s not much snow, and that’s just fine with me. New Mexico is drying up, however. Big dirt sucking up the wet, rocks and mountains hungry for whatever moisture falls. They say that all these trees will die in just a couple generations. No one can believe that, though; didn’t we just track in a ton of mud?

The Solstice marks the New Year, not January 1st! Not some arbitrary, chopped-up fakery decided on by clerics and an emperor back when people thought that frogs sprang up from rain… This moment, this point, when the tilted axis of the Earth gradually brings more light, not less, to the thin skin on the top side of the planet, and most of us wake up again. New life, new hope, new plans, new dreams.

I’ve now outlasted all but one of my parents’ generation, my Uncle Buddy on my mother’s side. They started earlier, of course, so that comparison lacks heft. It’s just a way of noting where I am, and I am ready for a change. In that vein, I’ll share this with you—maybe it applies to everyone?—but I feel something big approaching very soon. Something positive and good. It’s like a warm spot in my mind and even has a date: sometime near the second half of January. Maybe we will find a home. Maybe I will “see” another book, be carried down the river in a happy flood. It feels like sunshine at the very least, and that would be enough. Dissolving, melting, letting go, and moving on.

Whatever this thing is has legs, though, so all of you take note. And take some time today to feel just when the solar shift occurs. At this location, that was 20 minutes ago (10:11 a.m. MST). The mood just now is definitely brighter, if not the cloudy sky.