Life on the Frontier: Walmart and the Wood Thing 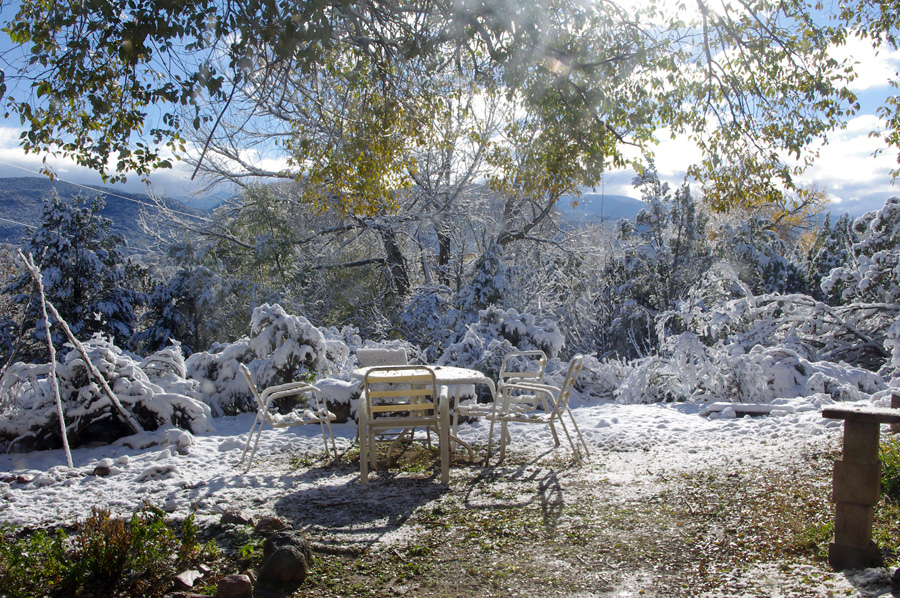 Taken through the window. I ain’t stupid.

Yesterday was telling. For some reason I was out of the house with time on my hands, which happens almost never, and there was Walmart right across the road. Since I didn’t have to go to Walmart, I thought it might be fun, so in I went.

First I checked out the cargo pants. I love cheap cargo pants, especially the nice thick soft ones made in countries where the workers are exploited and the factories collapse. But it wasn’t happening yesterday, because the aisle was blocked by a strange-looking woman who’d all but cleaned out the shelves. Her shopping cart was piled so high with pants, I couldn’t get by. It was insane, or she was, or possibly a long shot now, she was buying cheap pants for a work gang camping in the mountains or a band of fundies living in old school buses on the other side of the gorge. Either one would work here, but I didn’t care and headed for the gadget section. Maybe a new USB cable would make my day.

Just then I remembered that my wife had mentioned copying a CD. The nostalgic quaintness of this charmed me, so I decided to see if one could still buy blanks. Could one ever, and now they sold the things bare-naked, not even a paper sleeve. (Those were separate, one hundred to a box.) There were other packages with sleeves or cases, but the quantities were huge. I only needed one and found a little pack of shrink-wrapped discs. That’s when it started to get to me. I stood there for a moment holding the sad little bit of nothing in my hand and felt a wobble in my soul. Suddenly I put it back and walked away.

No matter, there must be something else we need, I thought. Oh yes, a bath mat, that’s the ticket, and one of those little rugs that fits around the toilet. Bath Department, yes, and you can guess how long I lasted there. Our old dirty mats were better made, and they came from the same store not three years ago. Run like thunder, chilluns! (I barely made it out alive but found I’d snagged a bag of Fritos and some cheese dip on the way.)

That afternoon, it began to rain. This went on way longer than a twenty percent chance of precipitation would have one believe, but there it was. And then the temperature dropped. Soon the air was thick with falling snow. Heavy, wet globs they were, not flakes, that landed with a plop-plop-plop… By the time the sun went down, the world was white and slushy and the road was muddy hell. This was of more than passing interest to me, since only the day before, my excellent friend and wood guy had emailed me the remarkable news that if the weather held, i.e. stayed warm and dry, he’d be able to deliver wood this year after all. This would be the magic naturally-cured piñon from high atop his personal mountain, wood that starts with just a match and lasts all night. When you have wood like this, you want it to be twenty below so you can laugh.

This morning we woke up to the scene you see above. The few sticks of firewood I had left were under several inches of frozen slush. I could only imagine what the scene was like a thousand feet higher on that mountain, and the overnight forecast called for a low of nineteen degrees! My first job was pretending not to worry. When my wife and I visted the storage unit around noon, I saw the little Craftsman chain saw I had stored there and brought it home. There were branches from dead plum trees on the property I could cut, if only I could get it started.

To my utter amazement, a little fresh gas and about three pulls was all it took. Moving right along (in case it quit on me), I cut up as much of the plum wood as I could and then discovered a secret stash of ancient cedar fence posts in the mud. An hour later all of this was stacked up near the front door and beside the stove. As I type this after midnight, it’s over seventy degrees in the small room we call the “saloon” where we hang out in the winter. You would too, with the wood stove, sofa, and a bar. Life can be a goddamn struggle in this loony bin, but staying warm is victory unbounded. For the next ten days at least, we’ve got it made.