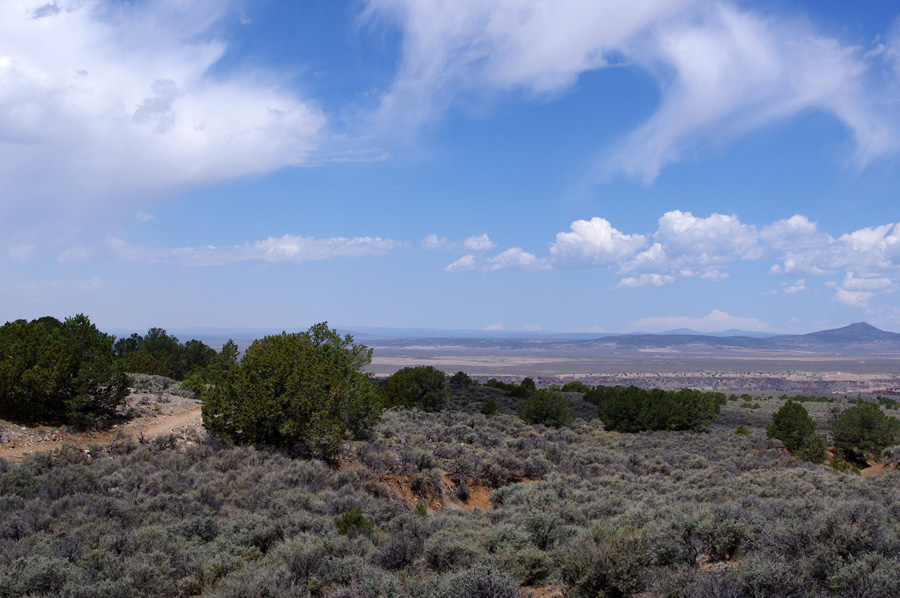 About five minutes after taking this shot, I tripped and tumbled forward, falling spread-out kaboom, flat on my face on the narrow trail. My forearms and knees took most of the blow.

I was moving quickly descending a hill, probably not standing up straight, and my stick wasn’t positioned to help. The stumble sent me right past the tipping point into an impossible slow-motion crash I could do nothing about. The fall was so strange, a bizarre moment of calm, but I landed quite hard in packed dirt with a layer of cushioning dust, missing most of the rocks. The first thing I saw was my telephoto lens that had come out of the case. Damn. I lay still on the ground in no hurry to move, taking inventory of all of my parts. Then slowly I pushed myself up with my arms: amazingly, nothing was shredded, but the sharp pain in my left knee came from a nice gash in the skin. Not very deep, but starting to bleed. I stood up and washed out the wound with plenty of water. Dammit, no band-aids, but not after this.

Somehow my camera survived. I picked up the telephoto lens (capped at both ends) and wiped off the dust with my handy bandana. Next time I’d keep the case zipped all the way up, wouldn’t I? Glad that no one had seen me go down, at first I decided to finish my hike. Then I looked at the blood on my leg I had no way to fix and reluctantly quit: back to the parking lot after less than a mile, what a disgrace with only a flesh wound. Never mind feeling so stupid for falling down in the first place! Some days you just have to start over, so that’s what I did.