Out of the Woods [Revised] 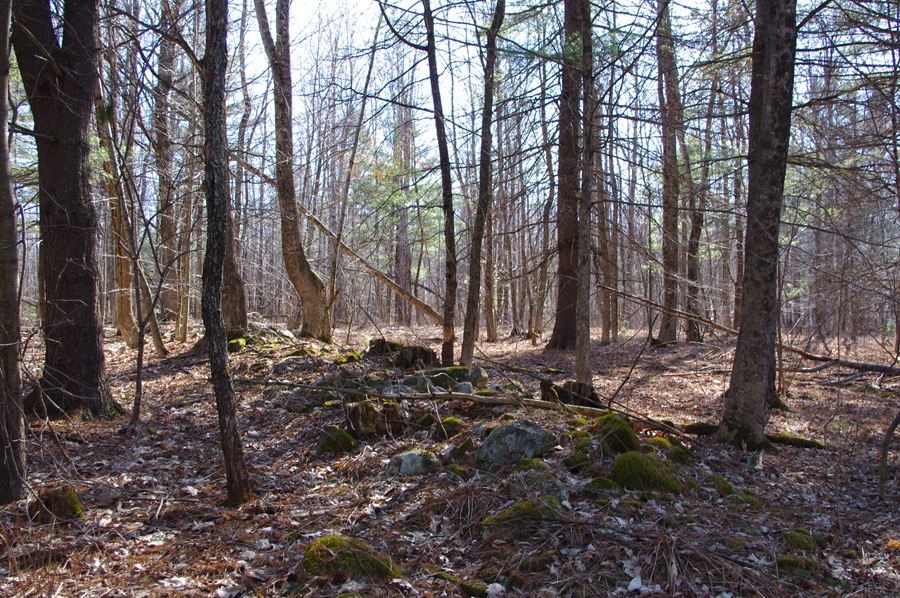 Part of the old lady’s 32 acres in East Vassalboro, Maine

Flying is a silly way to travel. “Just takes a day to get there,” oh sure. I had to leave my 99-year-old dead aunt’s house in Maine in the wee hours of the morning to catch a 6:00 a.m. flight, so no sleep at all for 24 hours. The next two days back home in Taos, I was pretty much a wreck. And then there’s the psychic dislocation of the sudden environmental and cultural changes from the above to over a mile higher in el Norte in just nine hours! This must do things to us that we never understand.

If I’d had time, I would have driven. Could have done it in three or four days, tops, seen the country, had adventures. The oddest thing to me about flying was how much the same it was since the last time I flew 12 years ago. The same damn airplanes, too: same smells, same dirt, same pre-flight spiels. And did you know most commercial aircraft are over 30 years old? Now there’s some confidence-inspiring info. You might hesitate to drive a 35-year-old car across the country, but hop on a 35-year-old flying flammable sardine can? Hell, yes!

The best thing about the long second leg of the flight from Baltimore to Albuquerque was the young Hispanic mother who spent most of it standing in the aisle with her little boy, walking him up and down, keeping him calm and quiet. Every ten minutes she picked him up and kissed him on the neck. I looked at her and wondered if my mother had ever done anything like that to me in public. I wondered if that boy had any idea of what was going on, if he would ever remember how his mother picked him up, kissed him softly, tickling and consoling, all the way to New Mexico on an over-the-hill 737 that somehow made another trip without falling out of the sky.

Holding her skinny sobbing body in the airport was like the ringing of a bell. Next week we drive—thank God—to Iowa. When we get back, we’re looking for a house!