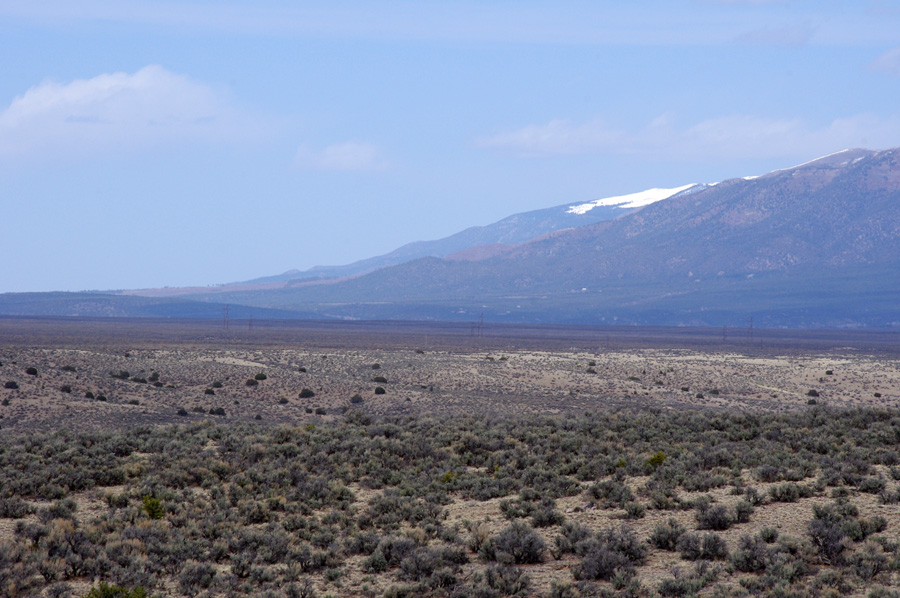 Follow the mountains that-a-way and eventually you’ll come to Denver, I suppose. That’s another reason why living out here is like being on the ocean. With cities so far apart, they feel like islands; a road trip is a voyage. Just look at the way the earth rolls and swells in this shot—not too long though, you might get seasick!

When I was just a lad, our Air Force family traveled to Germany on an ocean liner, the U.S.S. Geiger, via the Military Sea Transportation Service, the pre-1970 name for the Military Sealift Command of the U.S. Navy. This was how you got there at the time, believe it or not. We left New York just like you see in those old movies, with the passengers waving to people on the dock. I saw the Statue of Liberty on our way out. The whole next day was beautiful, and we played shuffleboard in the sun.

A short time later, we ended up in a bloody hurricane. I learned a lot about being on a ship, though. Things like how every door had a latch for securing it open, so it didn’t swing and hit you when the vessel rolled. Most furniture clamped firmly to the floor or wall. The metal dinner table tops had raised edges to catch escaping spoons, and during heavy weather, the staff wet down the linen tablecloths so the china didn’t slide. Soon almost everyone was sick, though, and hardly anyone showed up to eat. I lasted longer than most—the dramamine suppositories would come later—and had a chance to poke around the nearly empty public areas. The large windows along one side of the ship where they showed movies in the afternoon were blocked off with some kind of curtains, but of course I peeked: great black mountains of moving water, taller than the ship!

The return trip four years later was by airplane, only not the way you’d think. The propellor-driven four-engined Constellation took many hours to fly to Reykjavik (Iceland), then on to somewhere in New Brunswick (Canada), and finally to New York City, its piston engines droning loudly all the way. I remember my mother changing my baby sister’s cloth diapers on the plane, but not the way she managed it. Back into the soup it goes, rolling under the waves.