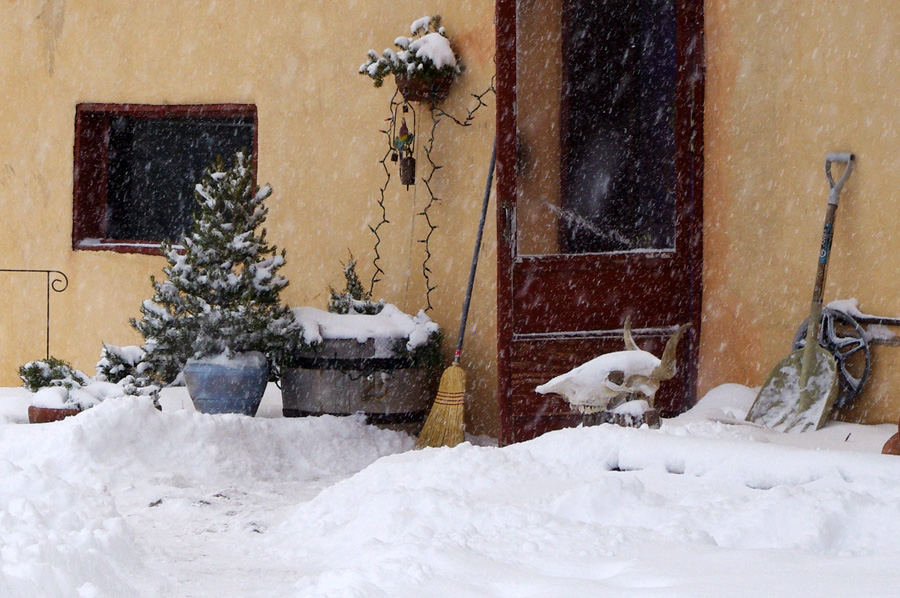 Still holding back after all these years

I can’t believe it. All these years without the right clothes on my body. My one and only body! But then, cheap and stupid is how I used to roll. “USED to?” Why yes, absolutely. Nothing in my way but habit. Not exactly like saying you’d be tall if you weren’t short, but close.

So what do I do when it snows like that? [above] For my entire life, I’ve relied on some variant of the Old Rubber Boots routine. Yes, they’re cheap. The ones I have now came from Canada by way of Walmart and were great for clomping through mud until the right boot sprang a leak. But in the snow, my feet freeze right up (no insulation). This isn’t supposed to bother me, because I’m semi-impervious to cold if there’s a game involved, like “let’s see if I can walk out to the wood pile barefoot.” Some people use hot coals, right? But I already dropped a blob of molten bronze down inside a laced-up boot once—the smell shocked way more than the pain—so this playing field is ice and snow. 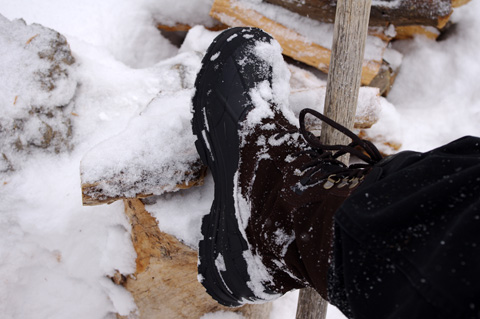 And suddenly I win! You’re looking at one of my new Kamik “NationPlus” snow boots, about $80, if that matters. Used to in my case, but doesn’t so much now. I got the idea from my wife, who has some kind of pull-on boots for walking up the hill to get the paper in the snow and 0 °F chill. These Kamiks are lots tougher, but Jesus, warm feet… The way I grew up, you played outside in the snow until your feet (or ears) hurt so much, you had to go back home and get yelled at for being stupid. Maybe that’s why I never had the right stuff as a grownup. (Think about it.)

The thing is, though, with proper footgear, the outdoors is transformed. I wore these while I used a broom to knock six inches of fresh powder off the wood pile, and it felt like I could have stayed outside all day. Without the hurry-up from being cold, I was happy on a winter’s day. Everything around was still and quiet. The snow was beautiful and fascinating, rather than an aggravation. It was just a privilege to be there.