They’d found a house, he dreamt. It was on a hillside. “I like it,” she said, stepping down onto the gravel drive that curved off from a wider one that led straight back into the woods. Pine woods, with space between the trees, and at the end a larger house where strangers lived.

He had somewhere to go, however, all bent down with nondescript detritus that kept slipping from his arms, objects dropping to be picked up and rearranged. There was something yellow, something red. A green bedroll or blanket that unfolded, dragged, and caught on things. If he could only reach the parking lot, a gravel one, shuffling along in unbuckled sandals. He found the lot. His father’s 1954 black Ford station wagon would be there, the first one they made with an overhead valve V8 and automatic transmission, and he could finally unload. Everything would fit inside.

There were many, many cars. He walked around and up and down the rows but nowhere was a black Ford station wagon. The one the family took to Yellowstone after the earthquake and it overheated as it pulled their trailer up a hill in heavy traffic, and his father lost it, cried and slammed the door so hard he broke the glass. That Ford. The one that went to Germany and back at Uncle Sam’s expense, the one where he could stand up on the floor behind the front seat to hold on with his arms and look out between his parents’ shoulders as they drove along the back roads of the Blue Ridge Mountains.

All right, he’d find the Nissan, then. The two-seater 240SX SE, best car he’d ever owned, the one his wife took when she moved to faraway Dubuque to find a job and take care of her mother. Another gravel parking lot, this one by their rented condo, one last wave, crying as he held the cat as if she’d never leave them both. At least she would be safe. Three years later after Fielda died, she came back without the Nissan. He’d signed the title over to the young mechanic who told her it would cost more than the car was worth to fix the brakes, and so they left it. That car. That way forward.

He walked up a long hill on a sidewalk leading to another parking lot. An unfamiliar city, possibly Dubuque. Brick buildings, leafy trees. The Nissan would be there. The red and yellow junk kept falling from his arms, the green thing dragged, and people stared. He must look like a bum, he thought, but they don’t know these things are useful. Finally he found the place. The parking lot would be behind two small brick office buildings, converted houses, upper Midwest clean and soothing. There was a path that led between them. At the end a simple barrier, a horizontal tree branch with the twigs trimmed off and a straight nail driven into one end to make a kind of latch. He wondered at the rustic make-do that was out of place but pushed it open and stepped out onto gravel once again. There were tall trees nearby and hardly any cars.

The Nissan wasn’t there. He realized he didn’t have the keys and probably the tires would be flat, but the Nissan wasn’t there. He could see that at a glance. No doubt someone towed it. At the far end of the lot, though, he saw something else: a 1957 BMW Isetta 300, the first car he’d ever had—no lie—not his this one, but similar, parked askew and rusty by a pile of leaves and obviously dead. A group of young office workers stood around nearby on break. He envied them a little. They were thin and carried nothing, laughing in the shade. A dark-haired woman smoked a cigarette. He would have gone to get a closer look at the funny little German car, but he was too embarrassed.

Hi, excuse me, that’s just like my old car, my first one…

He awakened in New Mexico and told his wife. The sun was up and warming spiders in the window. No one had pushed the president down a mine shaft, all errands were forbidden, there was nothing to be done.

A Sunday like a Friday, best one they ever had. 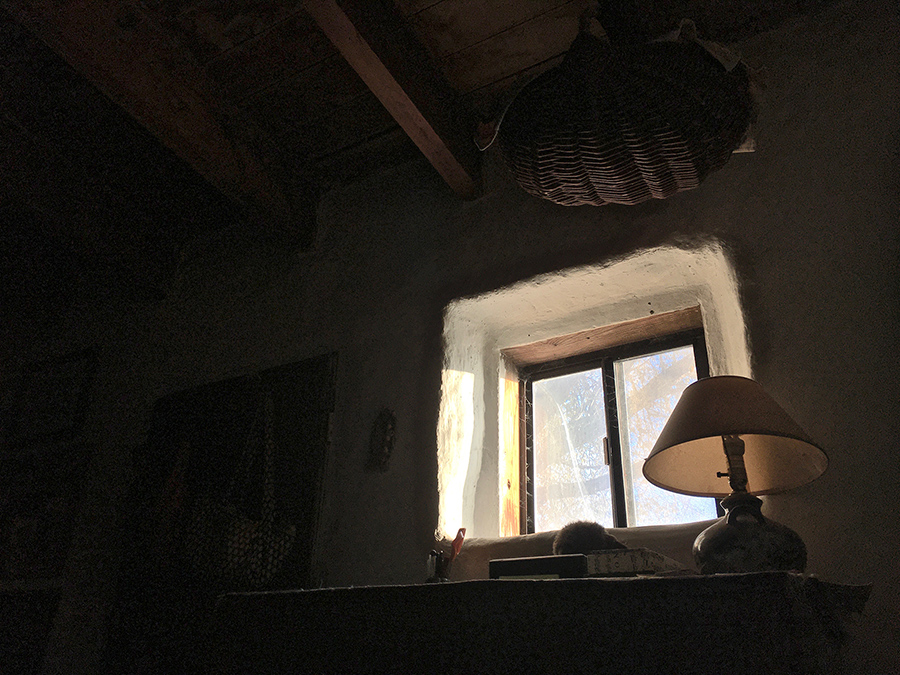