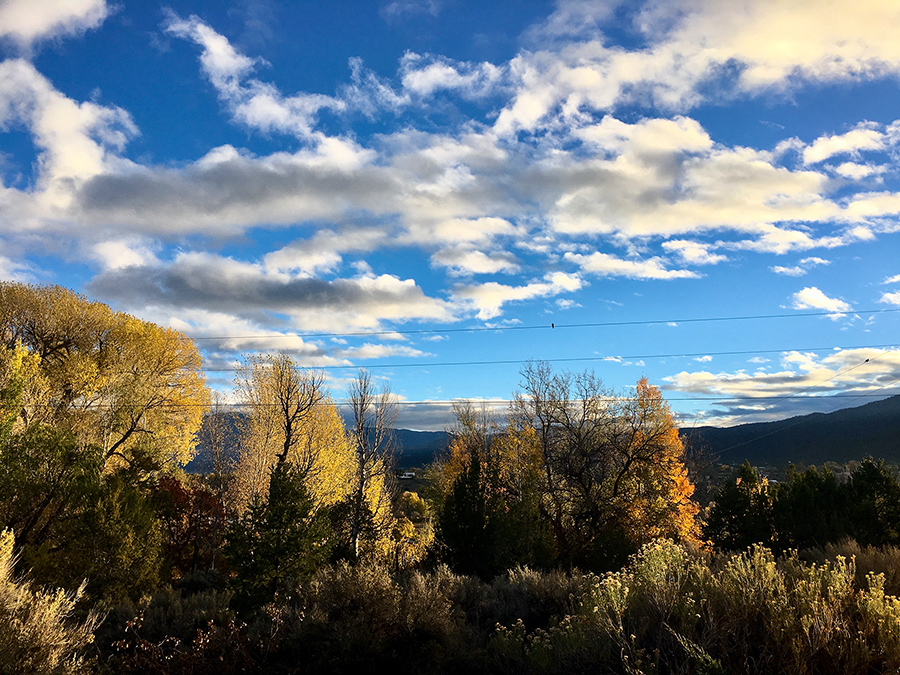 Morning view from our front door

A large, two-story farmhouse close to the road like our old home in Maryland. Flat terrain, hedgerows and cornfields. I’m in my bathrobe looking out the window: across the highway, a tornado funnel just reaching the ground and coming my way! Very large, swirling, leaves and dirt already flying as it comes. There are other people in the house and outside, I don’t know who. “Tornado! Tornado!” I yell as loud as I can, running down the stairs, through the front door, and out into the yard. There are cars stopped in the road, waiting for the twister to pass. I don’t think it’s going to hit the house directly, but this is frightening. I’m barefoot and can’t escape any farther into the vacant field next door because of the briars and brambles, but I might not be far enough away. As I consider my options, the thing gets really close—and then I wake up. How’s it end, though? Aargh.

The symbolism here relates to fear. To understand, you need to read the dream chapter in Buffalo Lights. Written shortly after we moved here back in ’99, it also features tornados moving across the fields by our old house, though not so close. There’s another dream of actual demons, physical creatures I engage with and disperse. One of the Amazon reviewers smelled the terror in me I had hidden from myself. For all its authenticity, the book is also full of fear on several levels, something I grasped only recently.

A while ago I looked up a house I’d had my eye on, an old restored adobe that was nice except “down in a hole,” as I observed, in a little valley with no views outside the yard. We’d driven by and I’d rejected it but never let it go. Why? Because it was affordable and most things aren’t. Checking back, I saw the sale was pending and felt a stab of guilt. In that light, the listing photos made it look as if I’d been too quick. The interior was clean and shiny, with a requisite large window by the kitchen sink and everything you’d want except no central heat. These old adobes all have propane heaters in the wall and wood stoves in wrong places. It’s always cold unless you hang around the fire, but you get that frontier edge and feel superior to rich retirees. Probably I’d like to be one, though, and there’s the rub.

I don’t know why I dreamed about a huge tornado. We went hiking later in the afternoon and it was glorious, but I wondered if someone had died or just been saved and I would never know.