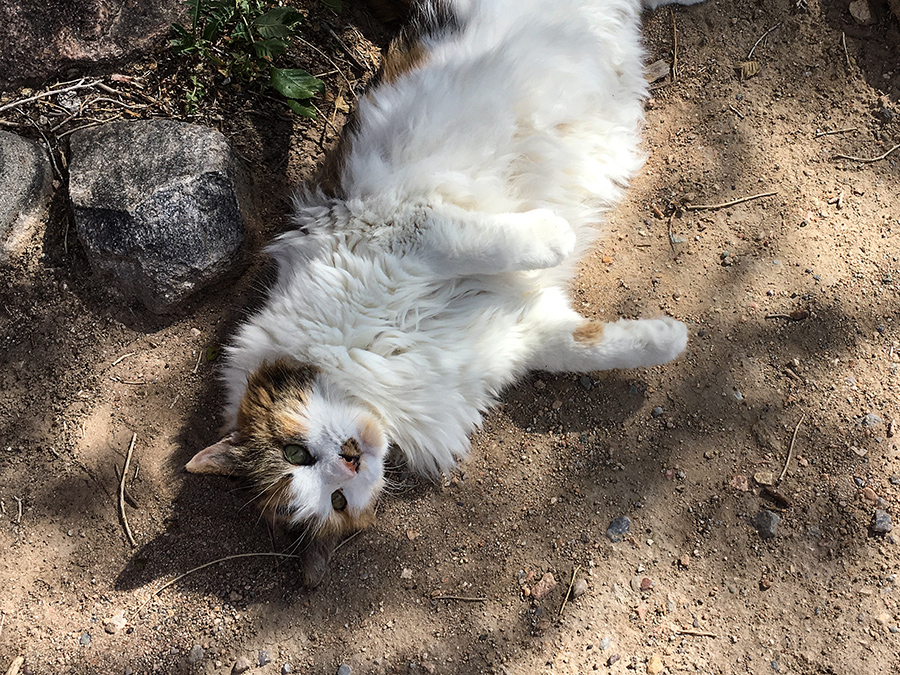 Callie the Wonder Cat awaiting nothing

What can you do. I used to think it mattered, until I realized the biggest thing I ever did was marry my wife. It’s simply a miracle, it really is, that I found someone who loves me like that and she’s still here. Given the zombie caravan I brought to this fandango, it doesn’t make sense. Why should anything else?

The biggest thing we did last month was take a trip to Minneapolis. Family-related, on my wife’s side. Worthwhile for all concerned, though not without some underlying stress. We drove, of course. I won’t say that was a mistake, but if we ever do it all again I’m taking twice the time, staying at the priciest motels, and never putting one tire in Nebraska. It feels like the end of an era, though. We must have driven past three million cornfields in our time, talk about the living dead. I don’t mean this to sound depressing but it kind of is. The main thing now is finding us a home, and I’m not running any more. God damn, New Mexico is beautiful, and we found it on our own.

Therein lies a clue. My late mother, who sowed depression like the weeds of Hell, thought there was this empirical reality of doom that you could minimize but not deny. I learned my lesson well, but now I’m old and have decided to forget. I also did not know the Buddha taught to drop bad thoughts like rotten garbage. All those years of psycho-analysis without a simple tool, ye gods! Knowledge waits until you’re ready.

Sometimes we hold on to things that hurt because of fear there’s nothing there if we let go. Nothing except love, that is, and how was one to know?