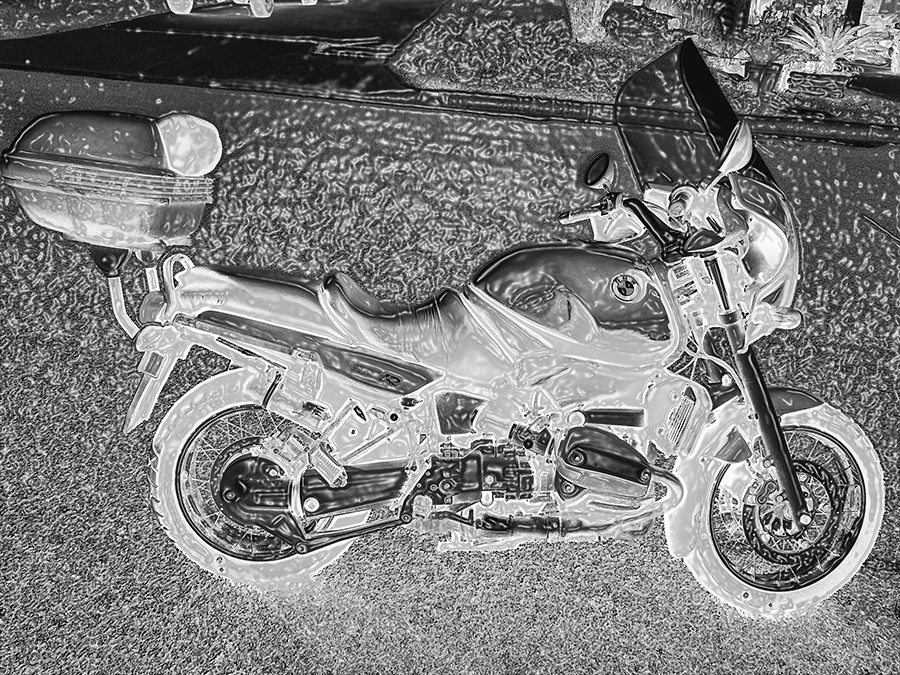 The story isn’t over, is it

The idiot in the shiny red Jeep from Texas had tons of room to pass on the long straight highway west of Clovis, but sat there tailgating a slow sedan in front. (“Oh, Lord…”) I waited five seconds, cursed, and stomped down on the gas. The 235-horsepower V-8 bellowed like a maddened beast, shooting us over 90 mph before I pulled back into my lane, ka-boom! “Was that fun?” she asked, no longer tensing when I told her to hang on. Passing, it turned out, was one of the best things about driving the Dakota. This was on the way back from Sweetwater, where I’d pulled the plug and turned around just half a day from Austin.

For weeks I’d planned the trip to pick up my brother’s ’96 BMW R1100R. Such a glorious, generous move on his part. The bike was well-used but lovingly maintained. I could see it covered with the dust of Taos, cool as hell, and nailed the adventure down: a day and half each way, five nights in motels, a U-Haul trailer waiting for me somewhere in the city. Two and a half days for visiting and shakedown rides were probably too short, I realized, but I was game. Somewhere in that time frame I’d pick up the trailer and load the bike in Texas heat—combined tow weight, 1,800 pounds—then push the fear down long enough to get us over the passes on the long way home.

The thing was worth the doing, anyway, no matter that my previous two-wheel experience was limited to motor scooters in West Texas and the year I’d ridden a Suzuki X-6 in grad school. That was also back in Austin, when the town was a tenth its current size and $35 per month apartments had no air conditioning. The Suzuki was shiny, fast, and I knew nothing. I sold it after I got married and was probably relieved. Not for nothing is there a stack of motorcycle magazines beside the toilet in the old adobe on the hill, however. Three years ago I took a motorcycle safety course and finally learned to ride.

The day before we left, I woke up with a panic attack. In the early morning hours of departure day, I had a dream about an avalanche. Just an snapshot, really, of the moment when the snow begins to slide.

From Taos to Las Vegas, NM was a joy with almost no one on the roads. The air was cold, and sunlight sparkled on the rocky streams. Driving down to Santa Rosa, things began to change. When we ate lunch at a picnic table by the Blue Hole, it was 92 degrees and I was growing testy. From that point on, we ran the air conditioning. I’m a claustrophobic soul and hate to have the windows closed. The truck was fine, of course, and rumbled on.

Santa Rosa to Clovis was uneventful, but the temperature rose to 95°. (We’d been building fires every morning and evening back at 7,000 feet in Taos.) Traffic picked up, too. The stretch of U.S. 84 from there to Lubbock and beyond was uglier than I remembered. Oil wells and feedlots marred the treeless plain, and where there were trees, ranchers knocked them down. We saw a few Trump billboards and a local “Christian” one attacking abortion, LGBT rights, and gun control that screamed, “YOU MAKE ME SICK!” The roadside parks were filled with idling semis, birdshit-covered picnic tables, and overflowing trash cans. My stated policy of “no rush” became a joke when faced with miles and miles of Texas. (The time change didn’t help.) At one point my wife was sure she’d left her glasses back in Clovis. All I knew was that we’d never make it to the La Quinta in Sweetwater in time to eat a normal meal and feel the same. I was three lifetimes past exhausted, and the distance had expanded like an evil joke.

U.S. 84 ran into Interstate 20 as the sun was going down. It was still over 90° with blasting wind. Our destination was just ahead, my brain completely fried. A minute later I panicked when I saw the exit for “Alternate I-20″—the first rule of all road trips being never take the “alt” routes, but I did. Sweetwater is one of those prairie towns bisected by east-west railroad tracks that parallel the freeway. Alt I-20 put us on the opposite side from our motel, and every street I took dead-ended at the railroad. It took two phone calls and twenty extra minutes, but I finally found the place a little after nine. My wife was grateful, though, and when I opened the door, her glasses case fell out!

I was nearly dead, dysfunctional, and dangerous. How could I possibly drive five hours to Austin in the morning, visit with my brother and his wife, learn to ride a 600-pound bike in just one day, and haul a trailer over 700 miles to Taos by the weekend? My existential motorcycle mission was on the brink and I was devastated. I felt like I had failed, with no way left to carry on or quit. “Your brother loves you, John,” she said. “He’ll understand, no matter what you do.” I howled and swore and bled. Finally she looked at me again and said, “You know what? I don’t think the time is right…”

Just then something hit me: “Oh my God!”

“I just remembered I forgot my helmet!”

She guffawed once and fell asleep immediately.

The world is deep and full of holes. I found one in the dark and joined her. Fifteen hours later we’d retrieved the cat and opened all the windows. I had to build a fire when the sun went down, and everything was fine.