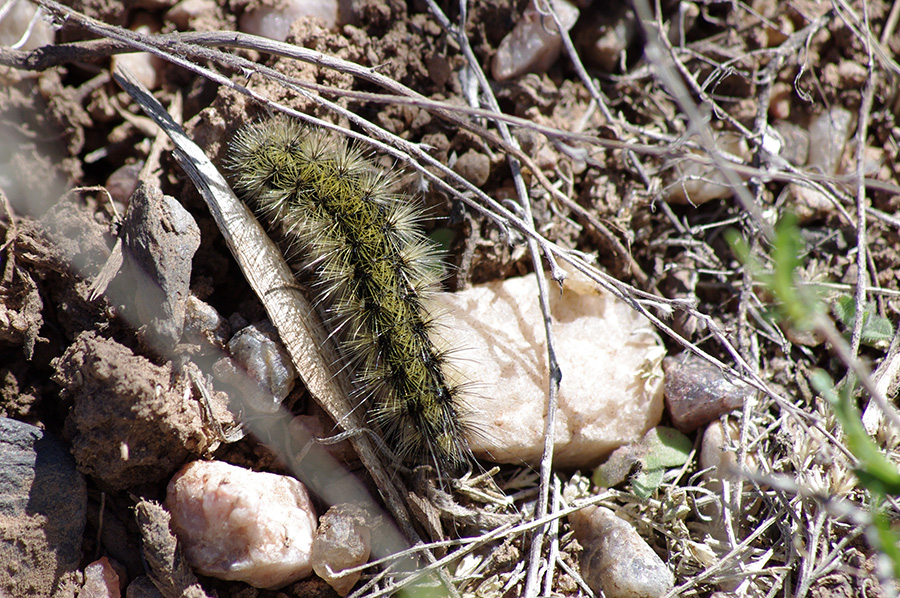 Two inches long and in a hurry »Buy This Photo!«

I was walking at Taos Valley Overlook yesterday and saw this fellow (?) beside the trail when I stopped to answer a call of nature. Almost wet him down, in fact. All in all, I saw four more that morning. Three were heading east, one was moving south, and the other was going west. Make of that what you will, but none of them were going slow.

Not knowing the sex of the critter made me google “caterpillar gender.” It turns out that caterpillars are sexually immature and don’t reproduce until they’re butterflies or moths. The only way to tell what’s going on with an actual caterpillar is to kill it (by dunking in alcohol) and dissect it by making a long incision lengthwise along the body. If it’s a male, there will be a pair of tiny orange-yellow testes about a third of the way back from the head, and you’ll probably need a magnifying glass to see them. That would be odd placement in a biped. On the other hand, the color sounds kind of groovy.